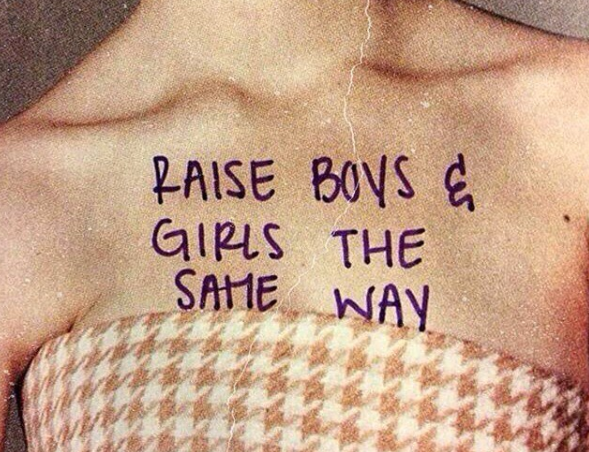 “UNSTEREOTYPE ALLIANCE”: AN EFFORT BY UN WOMEN AND UNILEVER

The Dutch-British transnational consumer goods company Unilever have partnered up with UN Women to introduce their new global alliance – the Unstereotype Alliance. The creation of this alliance is rooted in a vehement desire to eradicate stereotypical representations of gender in all advertising and brand-led content. The Unstereotype Alliance has been set up with the purpose of uniting leaders across business, technology and the creative industries to protest against stereotypical gender portrayals such as women presented as the cleaner in family adverts. The alliance will launch at the Cannes Lions Festival on Thursday the 22nd June, where representatives from Facebook, Google, Alibaba, Mars and WWP, as well as advertising industry bodies such as ANA from the States and IPA from the UK, will meet for the first time as members of the alliance.

Last year Unilever released some research that revealed 40% of women cannot identify with the adverts that surround them. The study analyzed advertisements across a range of countries and brands, and found that 50% of ads showed a negative or ‘not progressive’ stereotype of women and just 3% showed clever or funny women. News of the alliance shows positive action on behalf of Unilever in response to these unacceptable and concerning statistics.

Unilever’s chief marketing and communications officer Keith Weed claims that progressive ads are 25% more effective and deliver ‘better branded impact’, adding that the new alliance will lead to a ‘sustained transformation’. Weed voiced his concern with the advertising sphere, stating “We’ve seen true progress in our industry, but it doesn’t go far enough. Our job isn’t done until we never see an ad that diminishes or limits the role of women and men in society.”

Unilever has already instigated positive changes within the core FMCG brands as evidenced by the sudden lack of scantily-clad women in Lynx adverts and the commitment of Dove to change how consumers perceive female beauty. We look forward to seeing more realistic, liberating representations of men and women that steer clear of outdated and rigid notions of gender.