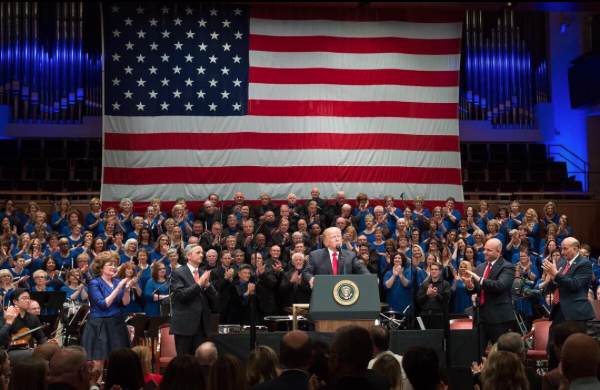 Donald Trump’s administration has appointed an anti-trans activist as senior adviser for women’s empowerment at the Office of Gender Equality in the US Agency for International Development.

In 2016, Bethany Kozma launched a campaign against the Obama administration’s guidelines for use of bathrooms by transgender students at public schools. This guidance stated that trans students have the right to use bathroom facilities matching their gender identity; it was withdrawn by the Trump administration in February. “To put it simply,” Kozma wrote in a post published by the Daily Signal, “a boy claiming gender confusion must now be allowed in the same shower, bathroom, or locker room with my daughter.” She also called trans people “predators,” claiming that allowing trans people to access the bathroom matching their gender identity leads to sexual assault.

The US Agency for International Development (USAID) has supported international programs aiming to improve LGBT+ economic independence, access to housing and healthcare, and political participation. In 2016, USAID also adopted guidelines for overseas contractors to stop them from discriminating in service provision on the basis of sexual orientation or gender identity. Nevertheless, the agency spokesperson has stated that despite Kozma’s appointment, “USAID is committed to promoting a work environment that is free from sexual-orientation and gender-identity discrimination, in accordance with existing federal law.”

How this appointment will impact USAID’s current work is hard to tell, but government rulings since Trump’s inauguration have already begun to create challenges for the LGBT+ community in the US.