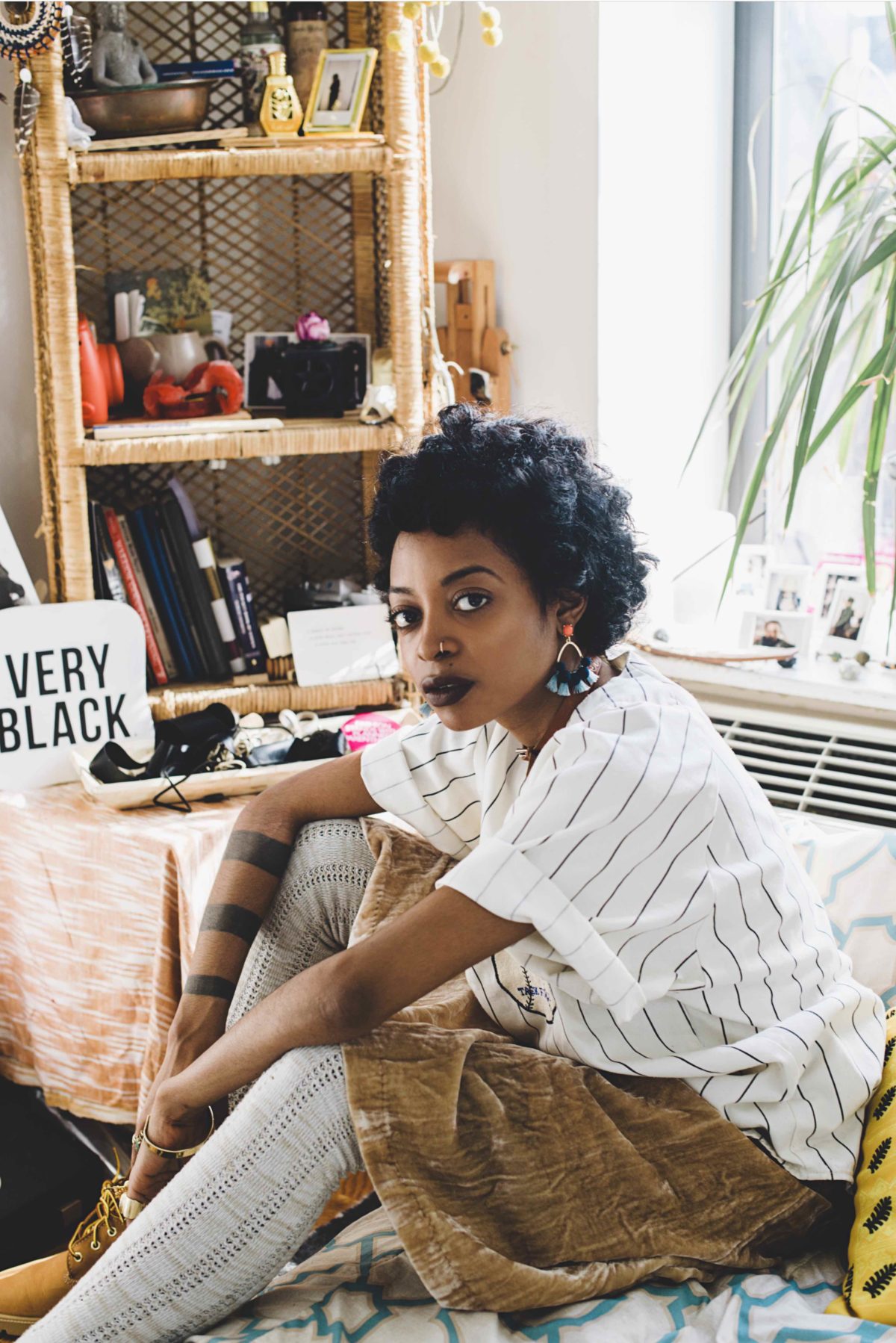 In the long tradition of healers, from women hunted down and burnt at the stake in the Middle Ages, and in the spirit of 90s Girl Power heroines à la Prue, Piper, and Sabrina, these modern-day witches are searching for an alternative to the patriarchal worldview that has permeated all elements of society. Their solution lies in a return to nature, faith in female intuition, and connection by analogue or digital means with their sixth-sensed sisters. In the present time, when Walpurgis Night has been rendered obsolete by hashtags and WordPress, the context of witchcraft has shifted: the sense of the term is so individual that it is now synonymous with feminism and empowerment – a new form of activism, for both outside and inside. Those who are connected to nature and their surroundings must, after all, first understand the language of their feelings and thoughts. It’s here that the real force of witchcraft lies: in the natural, in the craft of using the resources offered by the earth, in reaching the supernatural, a higher sense of self.

Since Azealia Banks claimed to use magic in a highly questionable Instagram video and rapper Princess Nokia released her song “Brujas,” the term has slowly made its way into European pop culture. Bruja is the Spanish word for witch, and pops up again in Trae Harris’ online alias. The self-named Gypsybruja explores the supernatural, spirituality, and femininity through performance art, poetry, and acting. “The origin of Bruja is something that has been and is becoming an amazing journey that I have been privileged to be a part of. It feels connected to me because you’re talking about my people, people of color. For a long time we had to hide who we were, we had to hide our magic because some men out there said we can’t own our identity, so beyond just seeing witch, it’s a sign of empowerment.”

The time for hiding away is over, and Trae has discovered art as a way to work through and channel her frustration about race, gender, and class, and experienced real magic for the first time when she cut off her hip-length dreads on stage: creativity as a valuable liberator; creativity as a sign of feminine love and support. This path started in her childhood: growing up in a matriarchal household with no knowledge of who her father is, she was instead brought up by strong women. On a transformative journey to Cambodia, she was guided in the direction of Hindu goddesses who she recognized in herself. “Femininity is a very aggressive energy. We see Kalima with her long hair that looks like snakes sometimes, with all these arms – one is holding a man’s head. The superpower and energy can be scary. But several goddesses have milk and honey, that’s the beautiful balance. My feminism has to be both: bright and dark.”

Religious would be the wrong description – Harris, who has adopted New York as her home, thinks of herself instead as experiencing a spiritual process, allowing her inner voice to be heard and ultimately finding her higher self, despite her conviction that she will disappear upon reaching the all-encompassing goal. Until then she will however keep casting magic, throwing metaphorical remedies into her environment in the form of intellectual resistance: through slogans such as “Stop Bitchin’, Start Witchin’” she gives the activism of women of color a new facet.

She uses the hashtag BlackGirlMagic so that the next generation can grow up with a different understanding of self. With these fragments she has made herself, she creates a fictional world of words, in which women are witch doctors, breaking with stereotypes. Trae Harris has found her purpose, her destiny – in Brujaria as a new form of empowerment; “I deeply believe that anything that can be conceived, is real. If you can think about it, it’s a reality because it is in some world, somewhere. Magic is happening all the time. We live in a supernatural world, so it’s time that we all pay attention to it more.”