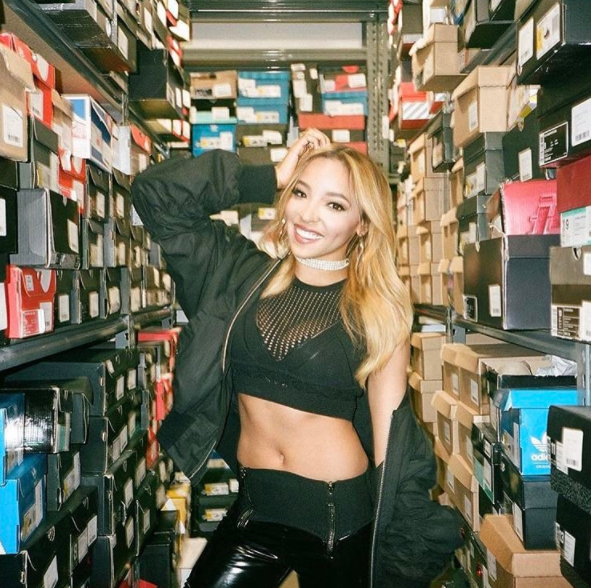 In an exclusive interview with The Guardian, Tinashe spoke of determination to reach her long held goal of being awarded a grammy and the barriers that have popped up on her way there. The comment that sparked intense debate on social media was addressing colourism, she said “It’s about trying to find a balance where I’m a mixed woman, and sometimes I feel like I don’t fully fit into the black community; they don’t fully accept me, even though I see myself as a black woman. That disconnect is confusing sometimes”. Within the article, the comment is interpreted as if she blames the black community for the stall in her career and her inability to top the charts. The young R&B singer took to Twitter to condemn the presentation of her interview, claiming that it was taken out of context.

I was not talking about colorism in the industry. This is taken out of context.

The article framed it as such, about success in music, where as the conversation we had was about my experiences growing up in general.

These comments are nothing new – she has long been expressing that she feels sidelined in the music industry. She has also been vocal about being unfavourably compared to Rihanna and Beyonce, and in the interview she confirmed rumours that Rihanna’s team stole the title track off of Joyride. The Guardian interview continues to suggests that perhaps her inability to release ‘a smash hit’ lays at the root of her stunted success, maybe her follow up to 2014’s Aquarius, Joyride, could rocket her to the top of the charts.