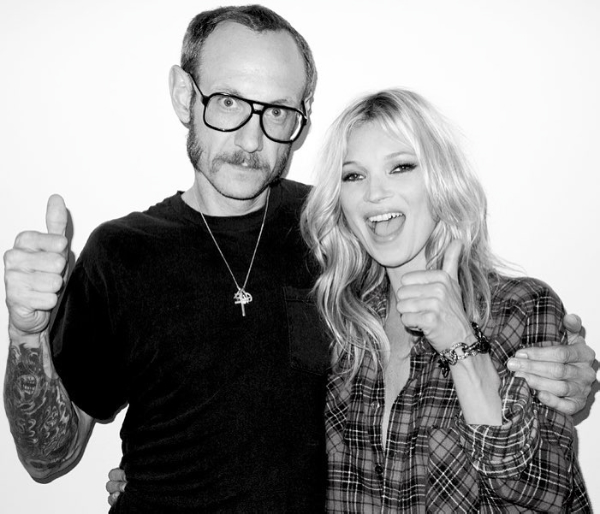 ON THE DROPPING OF TERRY RICHARDSON, FASHION’S PROBLEM WITH TAKING ACTIONS

Although so often focused and fixated on progress, the next, the new, and above all being the leader in stylistic, social, and cultural shifts, fashion seems to have a problem with adapting this mind-set to anything but clothes, especially the working conditions surrounding the making of these clothes – and their presentation, be it through imagery, runway shows, or simply an aesthetic.

This instance, though often consciously overlooked by both the people in and outside the industry, recently rose to prominence again after the sexual harassment allegations against Harvey Weinstein also left their mark on the conversations going on in fashion – with an increasing amount of especially models coming forward with their own stories of abuse or harassment. Cameron Russell already posted a variety of anonymous statements from other models on her Instagram during the last weeks, while Christy Turlington told WWD in an interview that “the industry is surrounded by predators, who thrive on the constant rejection and loneliness so many of us [models] have experienced at some point in our careers.”

One of the most prominent people often associated with sexual harassment in the fashion industry probably is photographer Terry Richardson, who, until this day, has worked with some of the internationally most high-profile brands and titles, including Valentino, Supreme, Vogue, and Purple – despite being accused of sexually harassing models for over a decade. Still, a significant part of the fashion industry didn’t seem to mind this inhumane treatment of one of their most integral parts – the models. Because despite giving a lot of brands and magazines a face in the first place, their voice more than often keeps on being silenced.

Finally reacting to these long standing allegations, and the general conversation dominating the fashion and movie industry at the moment, Condé Nast has now announced that none of its titles will keep working with Terry Richardson from this point onwards, quickly followed by fashion house Valentino, who only recently commissioned Richardson for its Resort 2018 Campaign, who said it will equally be dropping the photographer. Although the brand removed Richardson’s credit from the images on Instagram, it did keep the campaign online. And although it now has called it quits with him, it did work with Richardson for quite some time – despite sexual harassment allegations against Richardson were already well known within in the industry.

Which only make the actions now following these allegations – which still often are treated and silenced as “open secrets” in the industry – feel shockingly overdue, and the need for them to be followed by an especially sustainable approach from here on all the more necessary. Because not working with one photographer anymore should also equal refusing to run all advertisements photographed by this photographer – which not only often come from influential brands, but also provide significant sums of money.

The Harvey Weinstein allegations have undoubtedly started a conversation, one that for one of the first times is actually followed changes and re-thinking. Fashion, especially because of its previous treatment of models, needs to make an effort to not just tap into this conversation because of its prominence in this moment, but because of its relevance no matter the season or spearheads.

Because it is not just sexual harassment throwing a dark light on model’s working conditions, it also is a general mistreatment, regularly addressed by models or industry insiders. With an environment not embracing this bravery and strive for a respectful working atmosphere, but often actively trying to suppress it, fashion still broadly fails to make the revolutionary move it usually seeks.