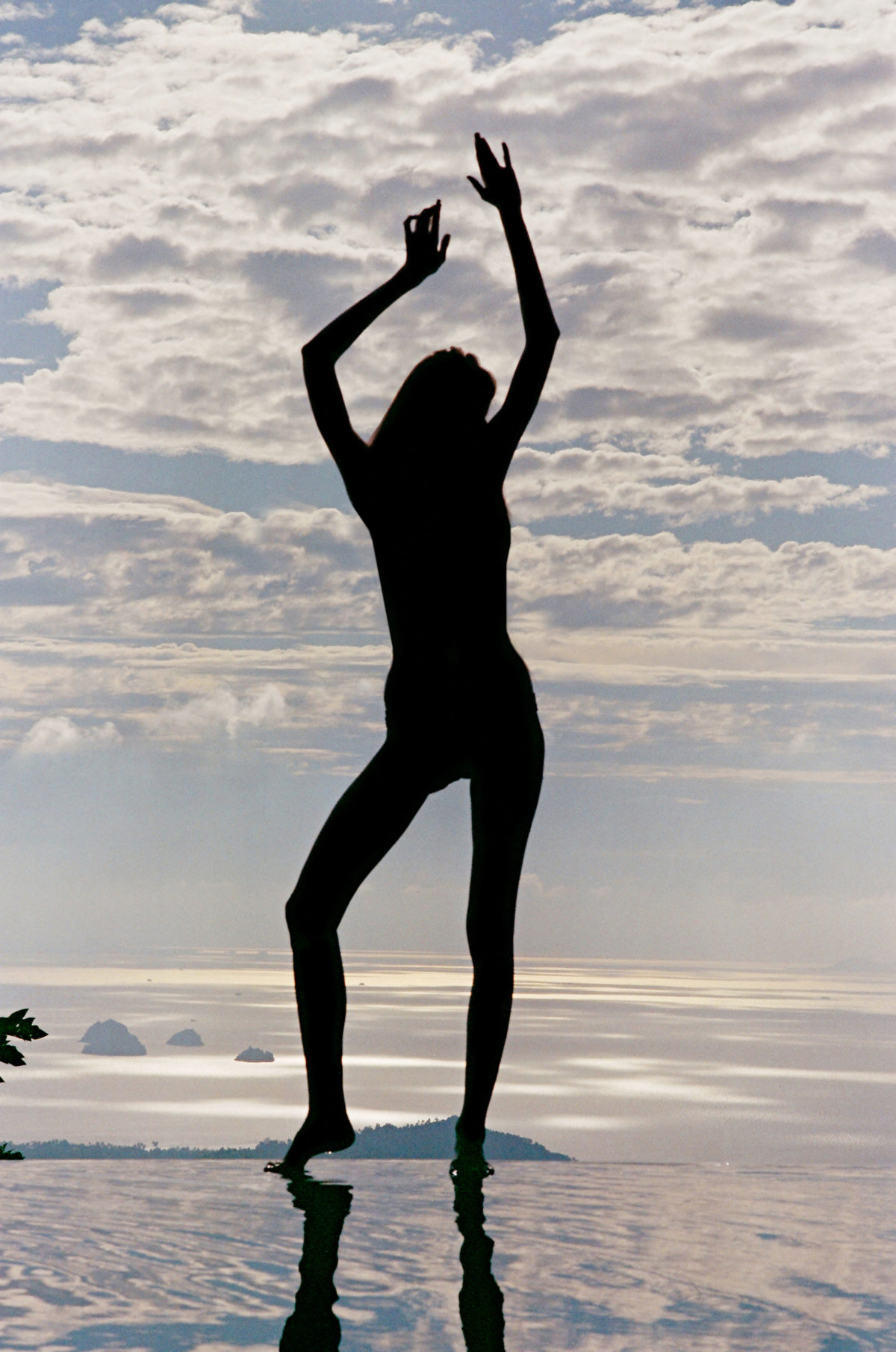 AN INTERVIEW WITH UKRAINIAN PHOTOGRAPHER SYNCHRODOGS

They flee from snakes in the deserts of Arizona, relax on Icelandic glaciers, or climb gigantic trees, while creating editorials for brands like Kenzo, Swarovski, and Shiseido. The Ukrainian photography duo Synchrodogs found their proper place – in a surreal world full of wonders.

The first time I met the female part of the Ukrainian photographic duo Synchrodogs in person was when I attended the fashion and art festival Uncontaminated in Oslo last year. Tania Shcheglova was participating in a debate on art, photography and social media. As a listener sitting among the audience in the theater hall I was almost blinded by the reflections of her gleaming, dangling earrings. I later found out the duo produces handmade jewelry for their brand Crystaltania in order to raise money for charity (whether it’ll be tropical birds in Asia or soldiers fighting for independence in Ukraine, sold on etsy.com). Combined with her physical appearance of extraordinary long hair, legs covered in black 70ies bootcut trousers I realized she is an extension of the duo’s photography – or more correctly, the photographs of Synchrodogs is a direct extension of her. But she really took me by surprise when she started speaking in the microphone with a crystal clear, loud voice and revealed her admirable self-confidence in the body of work she has created along with her professional and personal partner Roman Noven.

The duo has been travelling the world immensely since they met on an online photography-forum in 2008. On this talk Shcheglova could report on snake attacks in Arizona, running from the police in Turkey and how they photographed on dangerous, Icelandic glaciers. Her courage and engagement in the making of their work impressed, and keeps on impressing, me. Through their published work and personal YouTube-videos documenting their travels it is possible to get a glimpse of their universe.

What is the nude human body worth when placed in a rough landscape, as natural and unpolished as it can get, but still such an unusual setting? What happens when the human being is all alone? By merging skin and bones and the purest natural environments with synthetic, artificial materials like plastic, glitter and different forms of powder they interpret our perception of the physical human body and its surroundings as well as our psychological conception of what it is all made of.

What is the purpose of humanity and what is the purpose of nature? One aspect of it is the outer message and encouragement to think more about our planet. Tania’s naked body is shining through in almost every single photograph. The porcelain pale body is penetrating the landscape, manifesting its right to be there and take control, just as humanity is taking control of the Earth, speeding up its own annihilation in ways we would never been able to imagine. As Shcheglova puts it on the debate in Oslo: “The message is clear, our images encourage people to live a more decent life.” 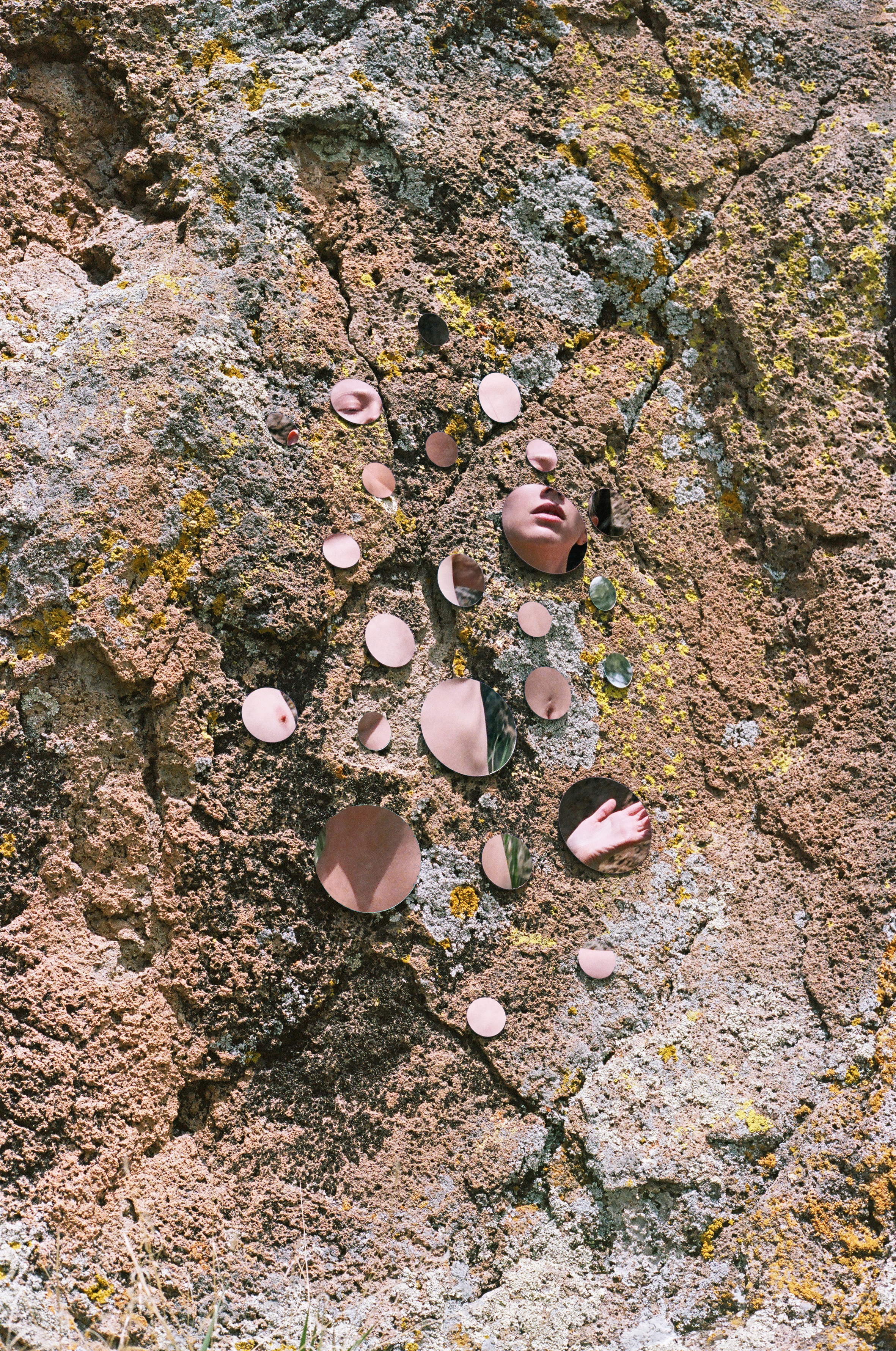 Is the self-portrait as a medium the genuine element of your series and the element that connects your use of new, relatively undiscovered locations?

Our art is about constant self-exploration in the context of planet Earth. It can’t consist of other people’s portraits as soon as it is personal. At the same time, we have always been closely related to nature, that is the environment that makes us truly happy, gives us the feeling of mental safety. This ‘human-nature’ interaction is something we would like to be inspirational for all people to live some other kind of life, less urbanized, purer.

Would you define your own work as political? If so, how is the political environment of the Ukraine visible in your work?

Our art is not political. The situation we have in Ukraine doesn’t touch us as artists, it touches us as people. Two years ago, we even started a charitable project called Crystaltania where we sell unique jewelry made by Tania out of beads we collect while travelling all over the world. All money from sales go to charitable purposes, some to help children in shelters, other to help people who are in urgent need for medical aid as Ukraine is urged to struggle for its independence now.

Though not directly politically oriented, nudity of women are often categorized as art with a feministic purpose. Synchrodogs’ work have a similar setting to many other feministic photographers such as Annie Leibovitz (remember how she placed Lauren Hutton in a mud pool back in 1981?), Cindy Sherman, Lina Scheynius or Inez Van Lamsweerde and Vinoodh Matadin. Does the duo strive to create art which manifests the rights of women? Noven explains: “We think that both women and men should be decent people. We think they should achieve equal success if they are good in what they do, equally working hard to achieve their dreams, equally free to live the life that leads to happiness.”

Another aspect of Synchrodogs’ work is their inner psychological investigation exploring how far their mind can go and how tight they can stretch the cells of our brain. They’ve been speaking out of the methods they’ve been using the past few years such as lucid dreaming and heavy meditation. Their series Supernatural translates visualizations they’ve had and explored during these, one can put it, studies of their mind. 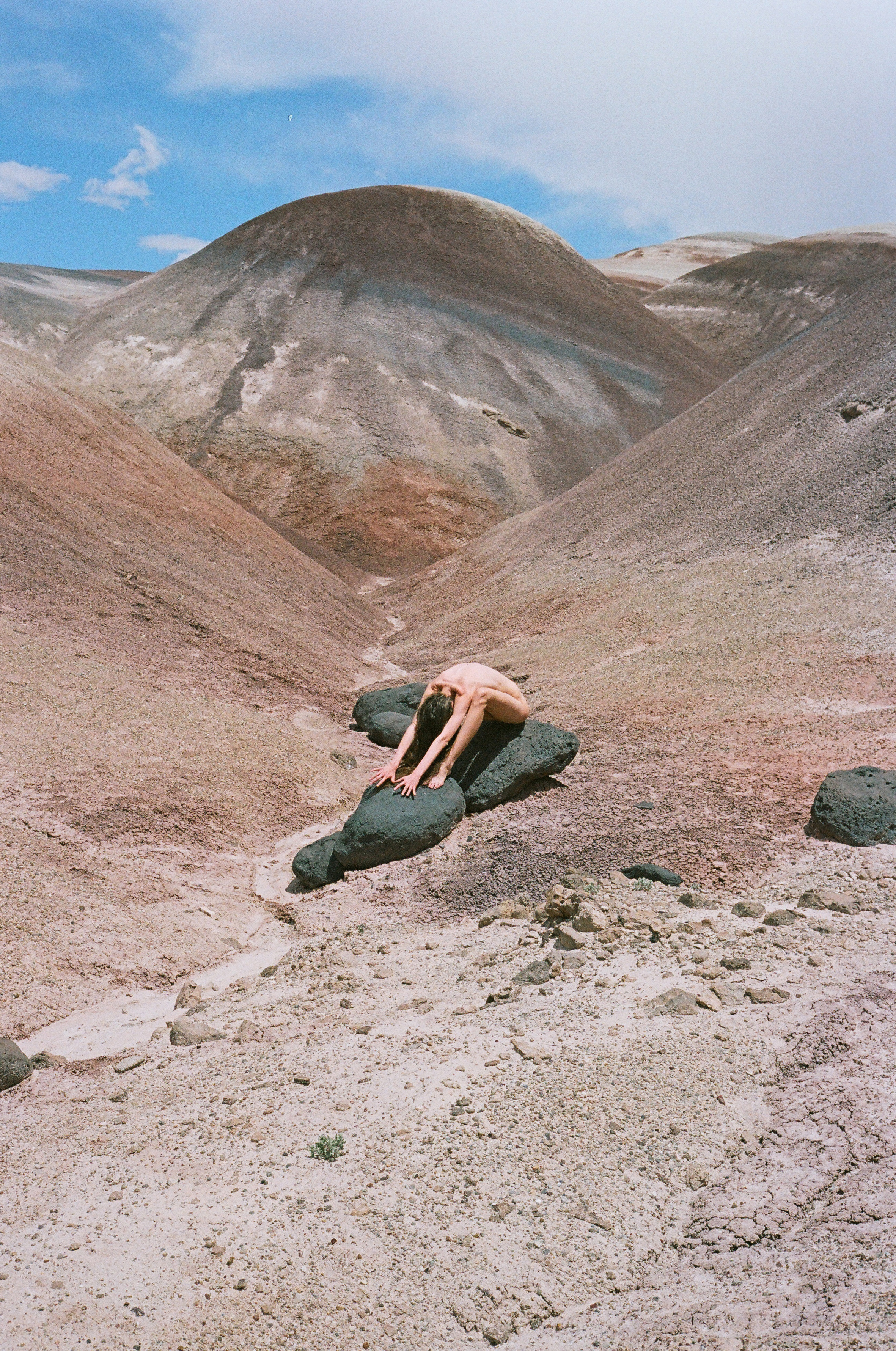 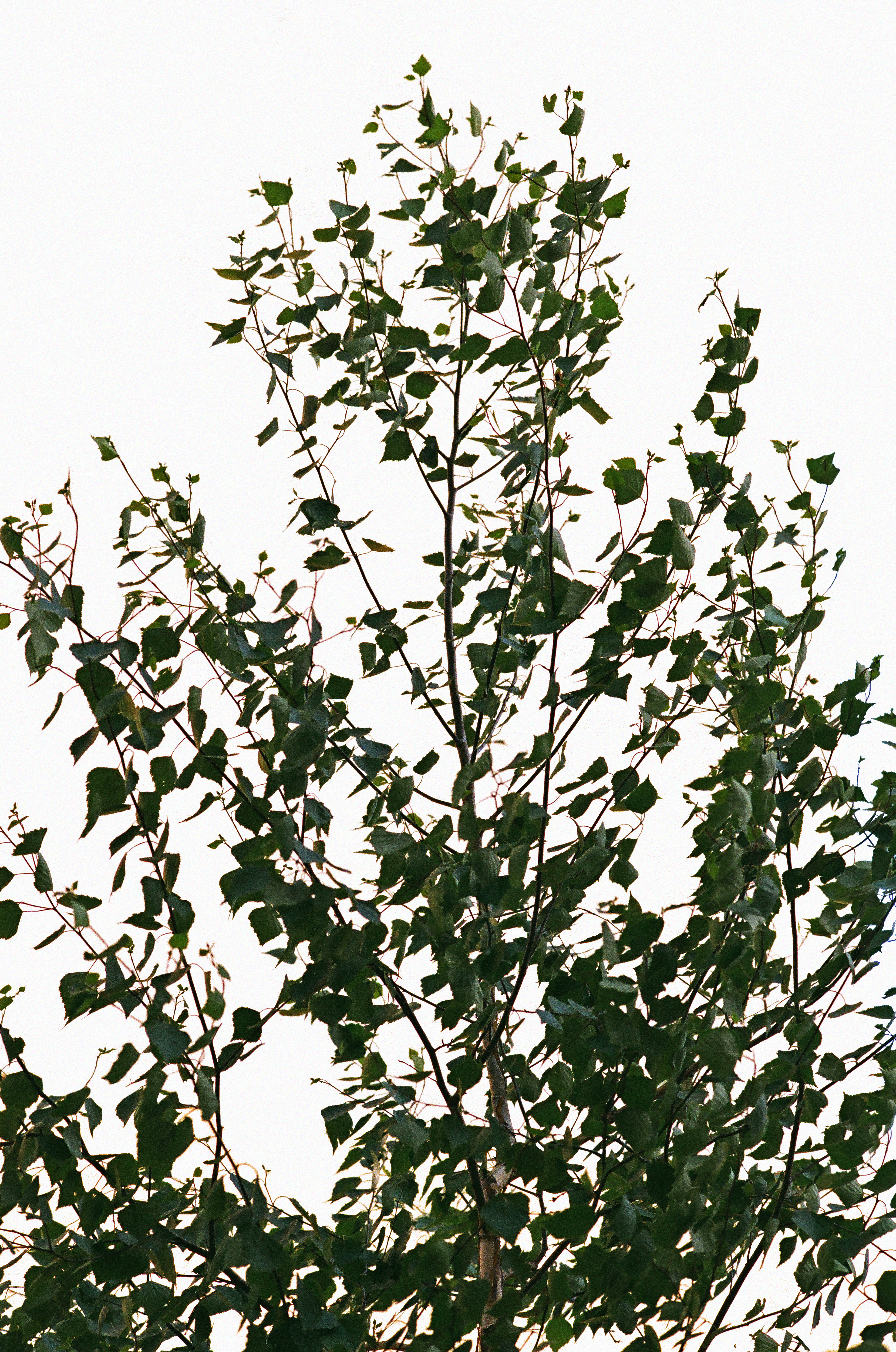 About your series Supernatural is written: It is aiming to depart from what is usual or normal, it deals with intuition, the subconscious, natural phenomena, and some human essence which is unable to be explained by science.

The more we live the deeper we try to uncover our souls. For some years, we were experimenting with meditation techniques while trying to fall asleep, it gave us a lot of inspiration, even clear visions we staged afterwards. It always surprised us – where did those images come from? How do they appear in our mind? What is this subtle flash between awareness and sleep that is so hard to catch? The Supernatural project appeared as a result of this instant search, it was a road trip for 4000 miles driven by intuition, between hundreds of roads we selected those that led us to endless harmony.

We live in the digital age. There are pros and cons of the use of social media platforms – but essentially news generates in full speed. Everyone has a voice now, a voice spoken out loud by their online persona. The intention behind the invention of the world wide web was to create a platform where information could be shared freely, but unfortunately the internet is being highly abused now. As Adam Curtis would put it: “Now the algorithms are so strong and know so much about you that they only give you what you know you like.” On the other hand new emerging talents can suddenly receive a great amount of acknowledgement and don’t need huge publications on their resumé to justify their right of exposure. Synchrodogs is a brilliant example of how two completely unknown artists can be discovered through the internet in the age of social media. Not right away, but – better late than never. They published their work on accounts such as Facebook and Instagram and put an effort into shaping their online persona in the best possible way. Without any funding or family-related art industry they’ve build up a network and grand audience, which only seem to increase day by day. Without any real, profound portfolio they might never have been accepted in the art world in the first place – nevertheless they’ve known how to use their online benefits to the fullest. In less than 8 years they’ve reached the top and are now working with publications and brands such as Dazed & Confused, British Journal of Photography, Harpers Bazaar, Kenzo and Marni.

We just never intended to be liked. Experimenting with photography and putting it online, we never thought it might become viral. We were the last of all our friends who got Facebook accounts started, we underestimated the power of the internet. Shooting what was important to us it was not obvious that many people would find harmony in same things that we do, but we were always working hard, even though unintentionally.

The duo stands out because they speak out loud on the issues that their native country deals with, without claiming their art to be political. It is important to them to make sure that the rest of the world understands that the war doesn’t influence the entire Ukraine and that the society still evolves on different platforms independently of what is happening within the crime zone. The duo still lives and works there and has plenty of fun ‘revealing’ the reality of their country to their friends who come to visit. Synchrodogs explains it’s a raw and unpolished country though, a country which is constructed by a half Soviet and half European culture. The nature partly functions as uncut diamond canvases of their photographs. “It is a rough country and you’ll have to be a tough person to go there,” Shcheglova states, “it’s not for everyone.” 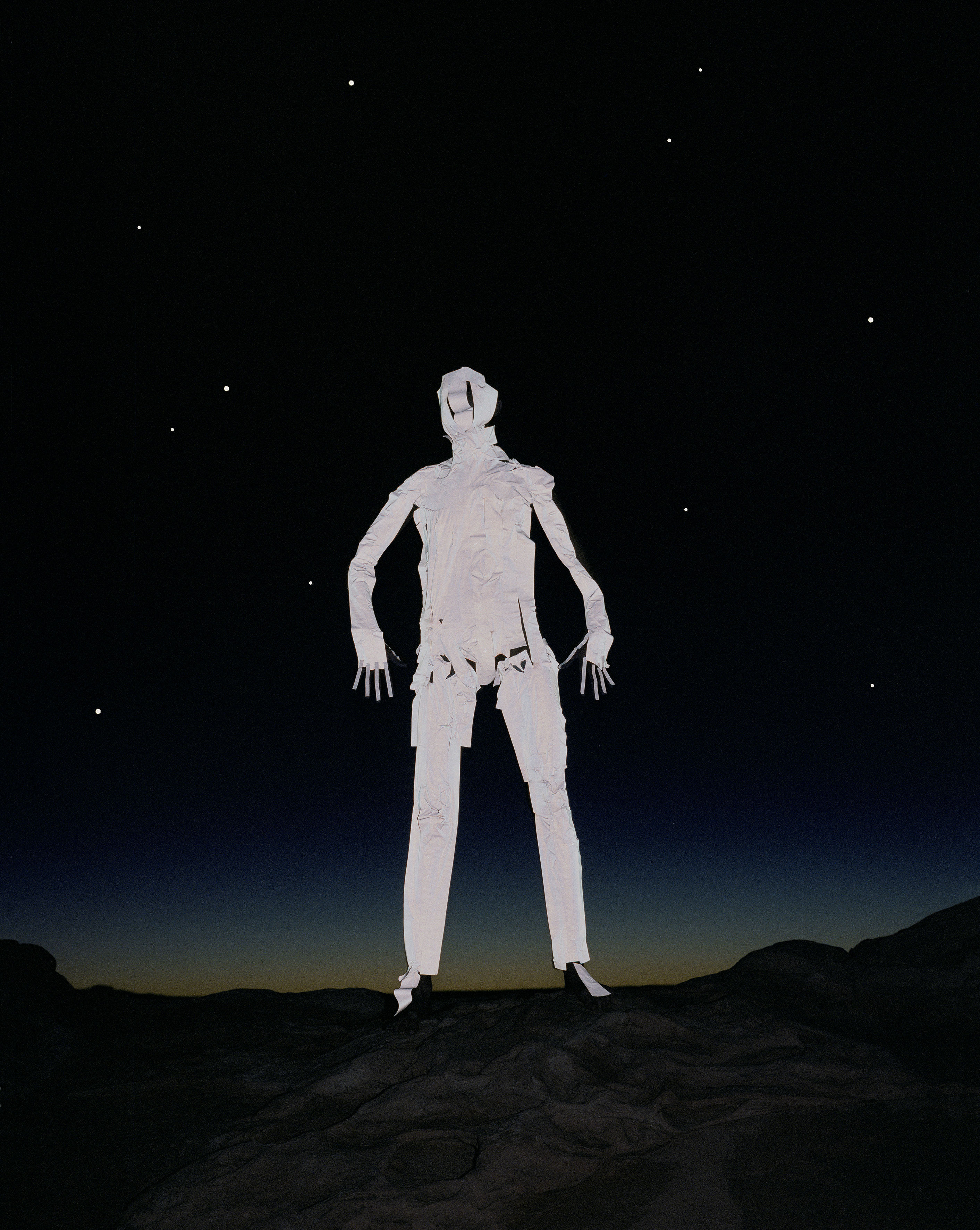 Do you believe you’ve been an inspiration to the youth and art world of Ukraine/Eastern Europe?

We are used to think globally and never divided Ukraine/Eastern Europe from the rest of the world when it comes to viewers who enjoy art. We believe that in this age of technology borders are too blurred to define anybody’s localization at all. We get contacted by many young people from around the world so we hope that our art does leave a trace in their conscience.

The couple lived 8 hours by train from each other when they first met on the internet – in that way their personal love story visualizes their road to professional success. They didn’t have access to art exhibitions and festivals like in most other European countries, so the internet was their main window to the world. One can feel sorry that they didn’t have the opportunity to participate in the art world from the start – one can say it has been an incredible advantage to them. If there’s no local creative industry to set the rules, then why not create them yourself?

How do you perceive the art world now compared to when you started? Can you see how you’ve inspired fellow artists?

There are always people who make art and other people who observe. We are those that are busy all the time working on projects and it’s very hard for us to judge. We can clearly track our own development but can barely tell the difference between the world 5 years ago and now. Maybe it’s because we are from Ukraine, and Ukraine is so far away from the rest of the world, even though it’s just a neighbor country. It is not so spoiled with progress, art and fashion innovations, contemporary magazines, modern designs. It is still raw in a good sense, gives you a freedom to become who you want to be without too many trendy things around to show you what is cool and what is not.

Have your personal goals changed since you met and started in 2008?

We didn’t have goals when we met, we were teenagers, reckless still self-devoted, driving our motorbike across fields and forests with no roads. Being together for nine years (which feels like a century), our goals and understanding of where we want to get eventually came only with time. We worked hard and it paid off but there was never a moment when we felt a kind of breakthrough, it was rather a slow but instant process of achieving things. 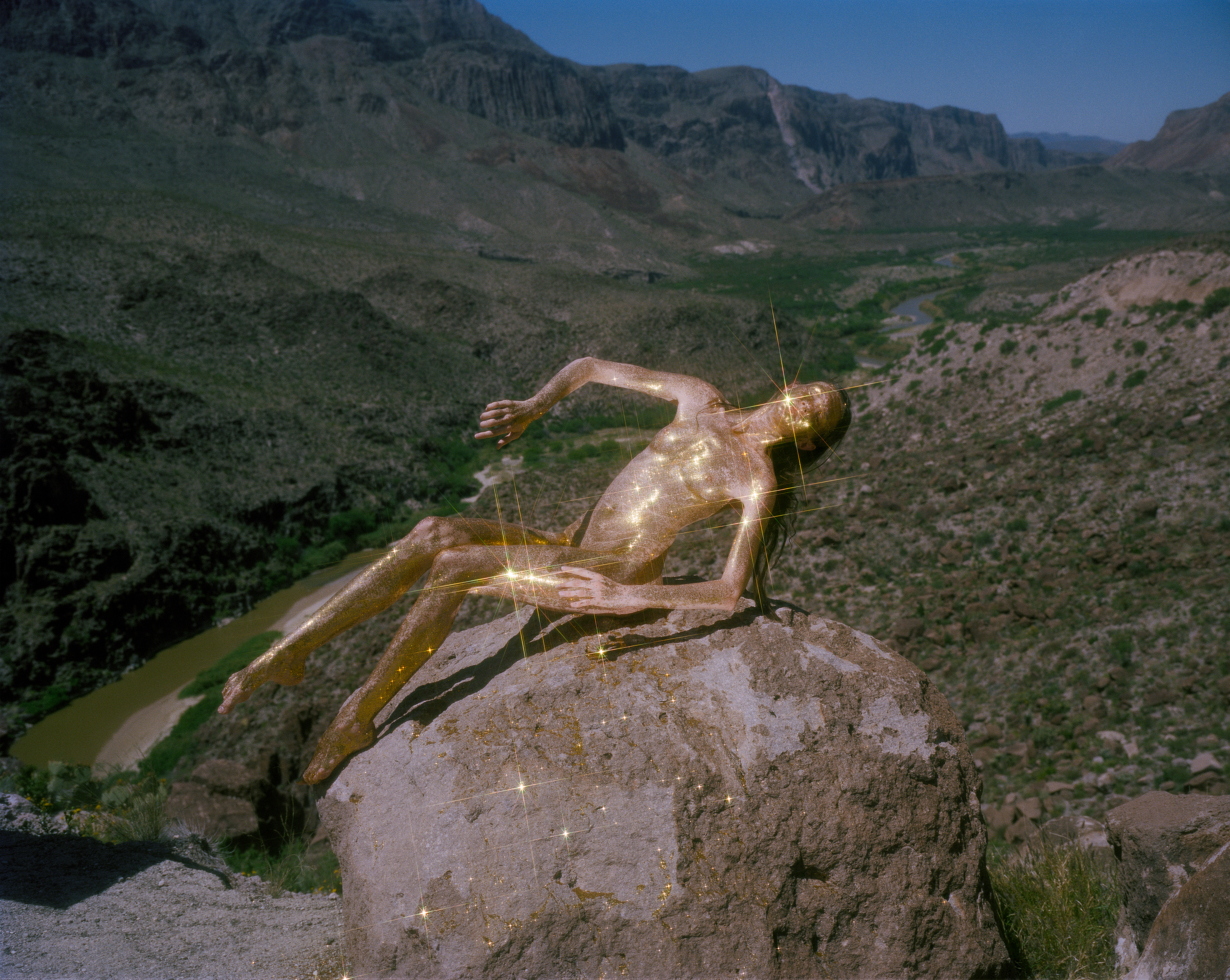