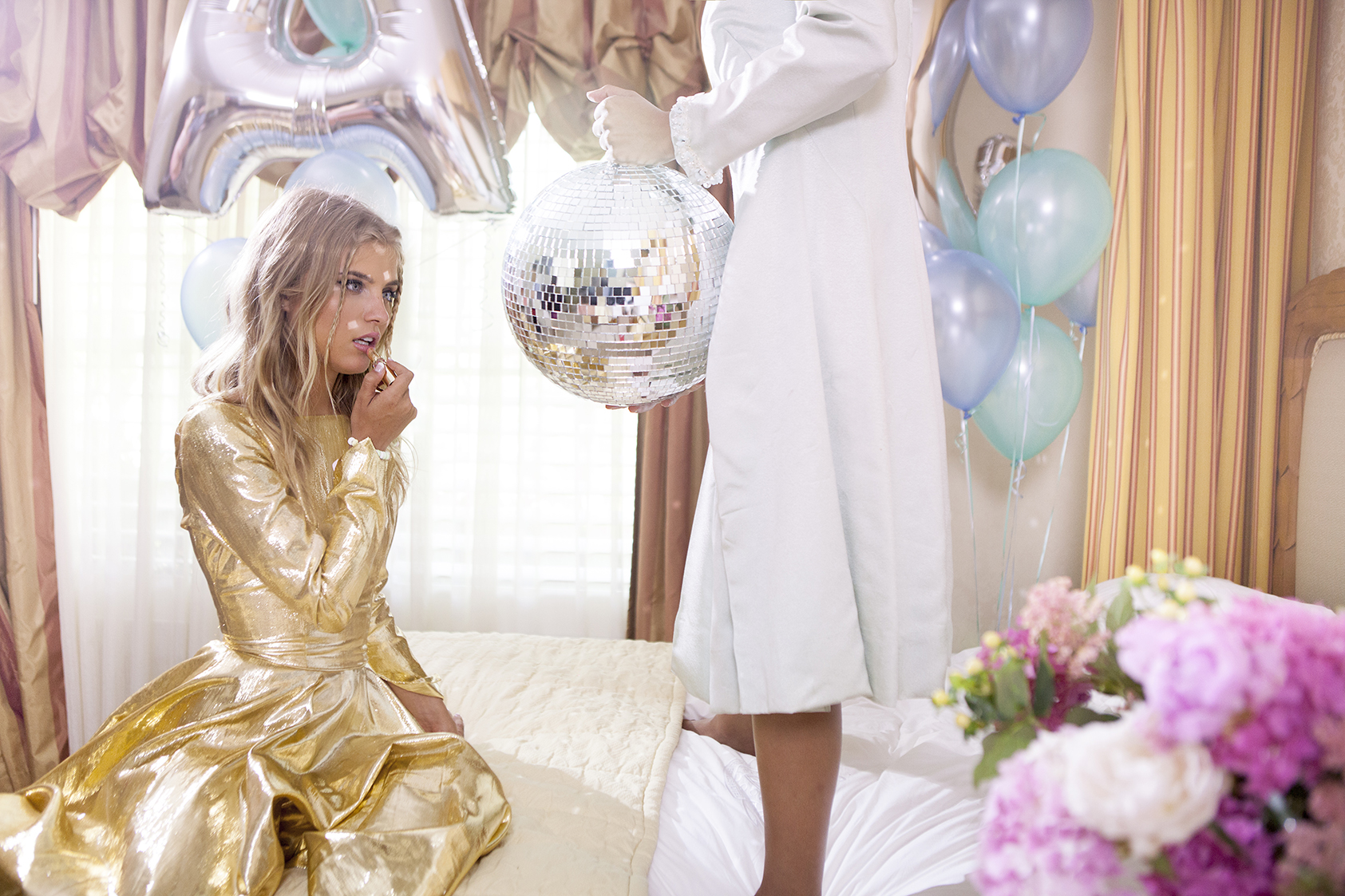 “SPOIL YOURSELF” // A FASHION FILM BY NATALIE NEAL

Natalie Neal works as a photographer and director in L.A and is one of the girls we suck into our dreamy material girl world like a mad gravity field. If she’s not too busy watching unlimited Care Bears episodes, she shoots videos like this piece of bff-hairbraiding-cupcake piece of art.

Read more on “Spoil Yourself” in our interview with Natalie below!

How did the idea for the video come about?
I wanted to create a world of luxury that teenage girls fantasize about. I took that world and set it in Los Angeles (where I live). As I started to create a scenario for it, I noticed many of the things that were appealing to me represent a dichotomy between the “luxuries” that make kids feel like teenagers (i.e. Ring Pops, water  guns, disco balls, pillow fights, tiaras), and the “luxuries” that make teenagers feel like adults (champagne, delicate pastries, staying in hotels, and dancing). I wanted to focus on that.

What is the inspiration behind the video?
I was inspired by the film Sedmikrasky, the surf music of the 1960s, the pastel landscape of The Beverly Hills Hotel and debutante balls.

You juxtapose rich kids and the unpretentiousness of our generation. Is there anybody out there who conveys that style best?
Edie Campbell.

Do you think fashion film might replace fashion shows in a foreseeable future?
I don’t think fashion film will ever replace the live show. Nothing could compare to seeing the texture of the fabric and the movement of the shapes in person. I do think, however, that the rise of online magazines will incite either a partnership or rivalry between photo and video fashion editorials.