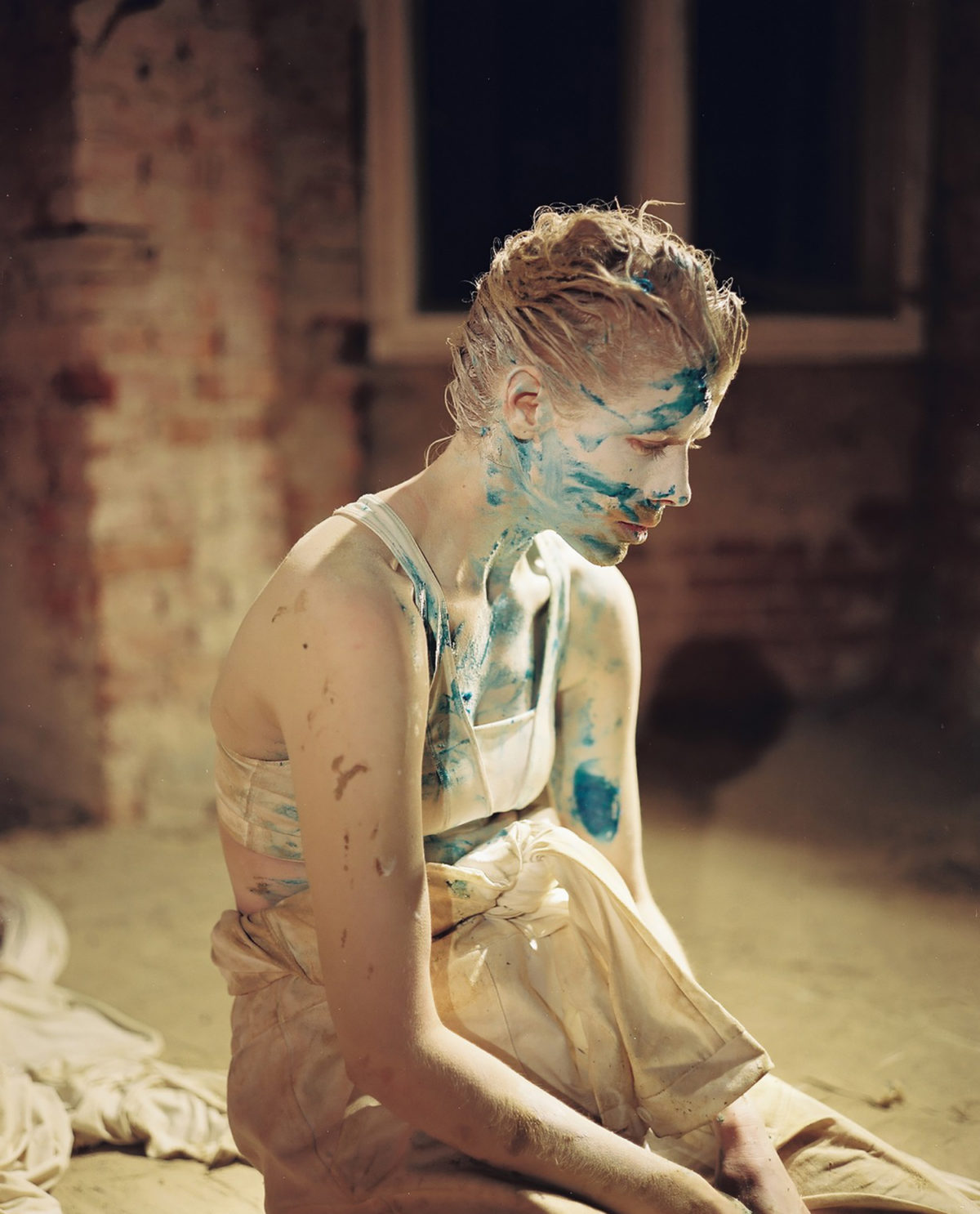 When thinking about her music, singer Sandra Kolstad almost always also has movement in mind. For her newest video and song “Hurricane”, which premieres on Material Magazine today, she even took it so far as to base the whole idea of the video on a rather special form of bending your body: exorcism. “I am very interested in rituals and as this song is very much about trying to find ways of healing in times of pain, I wanted the video to be some sort of an exorcistic ritual,” Sandra says of the backstory of the video, “And what better ways are there to heal, than dance?”

After “Mango Corner” and “BLING BLING BLING”, “Hurricane” is the third release from Sandra’s upcoming album “San Silva”. With healing and movement as the base of the song, “Hurricane” also is a very personal project to her, Sandra explains: “Music and sound and movement have always been closely connected to me. Rhythm is a very central parameter when I make and perform music. I also love how dance is a very lonely AND a very collective thing, depending on how, who and when.”

As for the dance performed in her video, Sandra focused on the Japanese dance Butoh as the starting point, and then further developed the performance with her choreographer Marjolein Vogels. “I watched a lot of videos of Butoh dance, and then did my best to find my own way of doing that kind of dance. It was a very interesting – and VERY INTENSE – experience,” she explains, “Butoh dance is often about very small movements and the idea that they get very big consequences. Like life itself, I guess.”

Although filmed in an abandoned castle somewhere between Germany and Poland, “Hurricane”, Sandra’s dance, and Sandra herself are still very much connected to their surroundings – shaping, moving, or healing, their immediate environment with the endless possibilities music and dance hold. “It can be sad, it can be joyful. It can be ecstatic, it can be slow. It can be anything you want or need it to be,” Sandra says, “I remember playing a concert for blind children, some of them were even deaf. They were only connected to the music through the sound and the vibrations that they would get from feeling the instruments. They were moving from that perspective of perceiving the music and it was a very beautiful experience of togetherness in the music.” With her goal to also achieve that feeling of community through her new release “Hurricane”, we’re giving you an exclusive look at Sandra’s newest release right here.