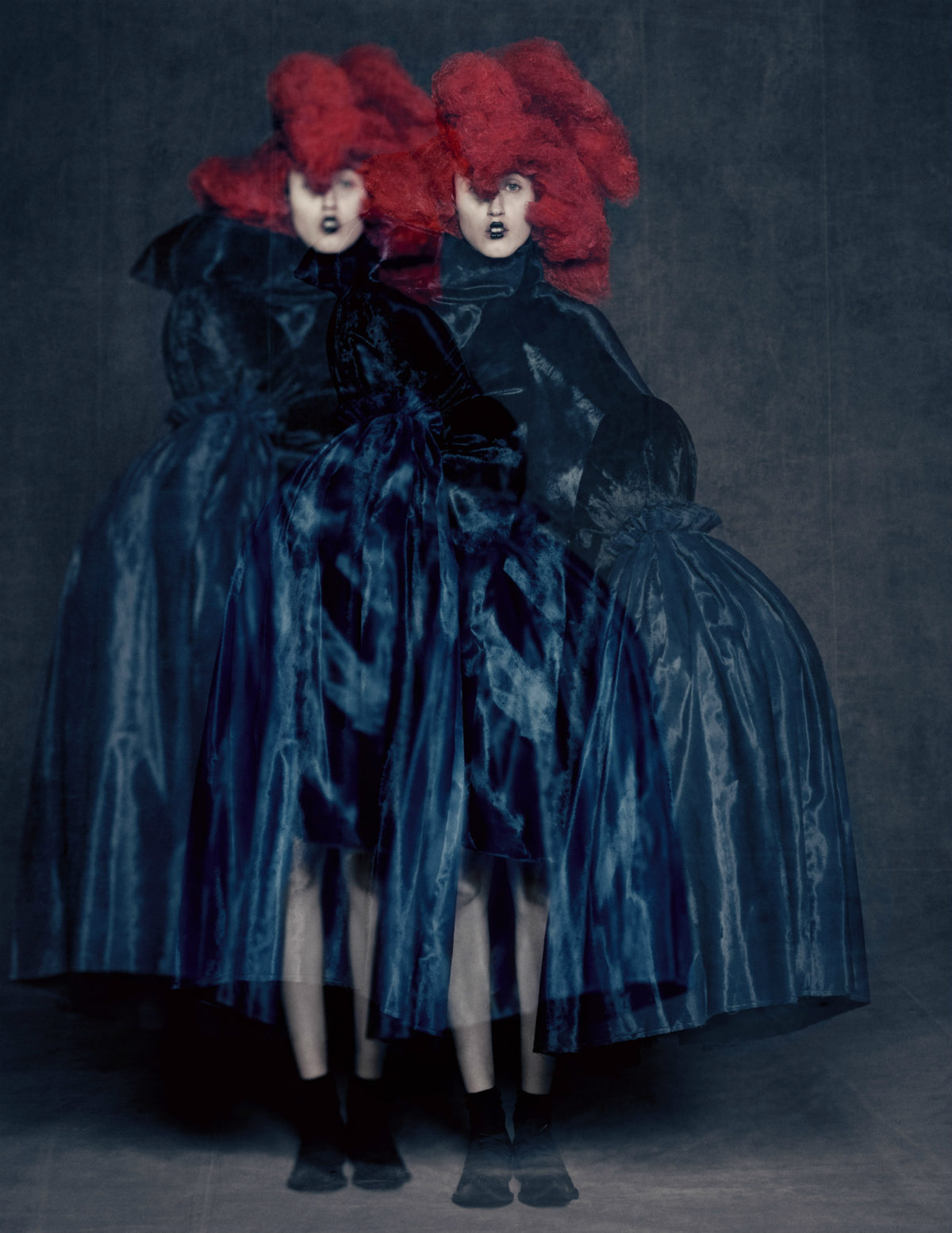 THE COMPLEXITY OF FEMININITY AS DISPLAYED BY REI KAWAKUBO

The only thing that can be said to be certain with Rei Kawakubo is that nothing is certain. The iconic Japanese designer, who is being honoured by the Metropolitan Museum of Art in New York with a solo exhibition of her work opening today, seems to have a kaleidoscopic variety of identities – an artist yet true business thinker, a punk at heart, the queen of the avant-garde, and the caterer of the underground. Since launching Comme des Garçons in 1969 and first showing as part of Paris Fashion Week in 1981, Kawakubo managed to keep the fashion world constantly on its toes with her designs, creating a cult-like following around herself and her brand – she, who more than anything likes to be left alone, who doesn’t want to get her picture taken, and even less likes to give interviews about her collections, let alone explain them.

That ambiguity is something not only related to Kawakubo herself, but also a trademark she seems to weave into her clothes season upon season – and especially evident when it comes to their relation to femininity, womanhood, and in what way clothes should respond to the female body. She alters it, hides it, wraps it up like a cocoon yet never lets it disappear. It rarely fully vanishes under Kawakubo’s designs – she just likes to cover it with layers, both textile and figuratively. Once saying she doesn’t want to cater to a demand for sexualised clothing but rather creates from within, the 74-year-old designer’s work displays a form of femininity that might not be easy to grasp but that only benefits from its complexity and fearlessness.

At the beginning of her time in Paris during the 80s, at a point in fashion designers like Thierry Mugler and Gianni Versace were putting women in color flashing bodycon dresses, the brighter the better, Kawakubo showed voluminous black maxi skirts and hole raddled pullovers. Back then, her idea of how women should or could dress was called radical – her approach to the female body is vastly different from that of her designer counterparts.

For her now famous “Lumps and Bumps” collection for S/S 97, which was originally titled “Body Meets Dress, Dress Meets Body”, she sent models down the runway wearing dresses with woven in pillows, giving them hunches and oversizing certain parts of their bodies. She eliminated the borders between skin and clothing, making the viewer guess which parts of the body have been modified and questioning the standards of how a body should look in the first place.

Almost 20 years later, that quest for examining the value and function of women’s clothing is far from completed. For S/S 14, Kawakubo showed her “Not making clothes” collection, stating that from now on she will see her designs as objects as opposed to clothing, putting women in cloud like, constructed dresses and elaborating on the idea in the seasons that followed. Last March, most of her designs may have lacked holes for arms, but they consisted of a sense of having organically grown around the wearer’s body, reminiscent of Kawakubo’s bubble-like bumps and her abstract approach to curves.

Even when the designer solely showed brides, often viewed as synonymous with delicateness and purity, as part of her Autumn / Winter 15 collection, they, of course, were broken. With completely white painted faces and lace covered veils, the models of her “The Broken Bride” show looked more haunting than happily-ever-after. Because with Kawakubo it just isn’t that easy. It never was and it shouldn’t be.

Before building her own brand she had an office job in Japan in the 60s, consistently refusing to wear the general office-girl-uniform. Throughout her whole career she always made sure to maintain full ownership of Comme des Garçons. When describing her clothes back in the 70s, she said they are for a woman “who is not swayed by what her husband thinks”. There even was a time Kawakubo wouldn’t have any mirrors in her boutiques because she wanted her customers to choose the clothes based on how they made them feel – not how they made them look.

That independence, that abstract approach, and refusal of anything literal is what distinguishes Rei Kawakubo’s understanding of the female body – something she doesn’t want to define, to not mould into an expected shape, and rightfully so. Her Met exhibition, the museum’s second solo show on a living designer since the first one dedicated to Yves Saint Laurent in 1983, fittingly is called “The Art of the In-Between”. Rei Kawakubo through her clothes deliberates the imperfect, the unconscious, the punk, the avant-garde, and the underground. And although that might not be the typical approach and reality of the rest of fashion, it certainly is of femininity.