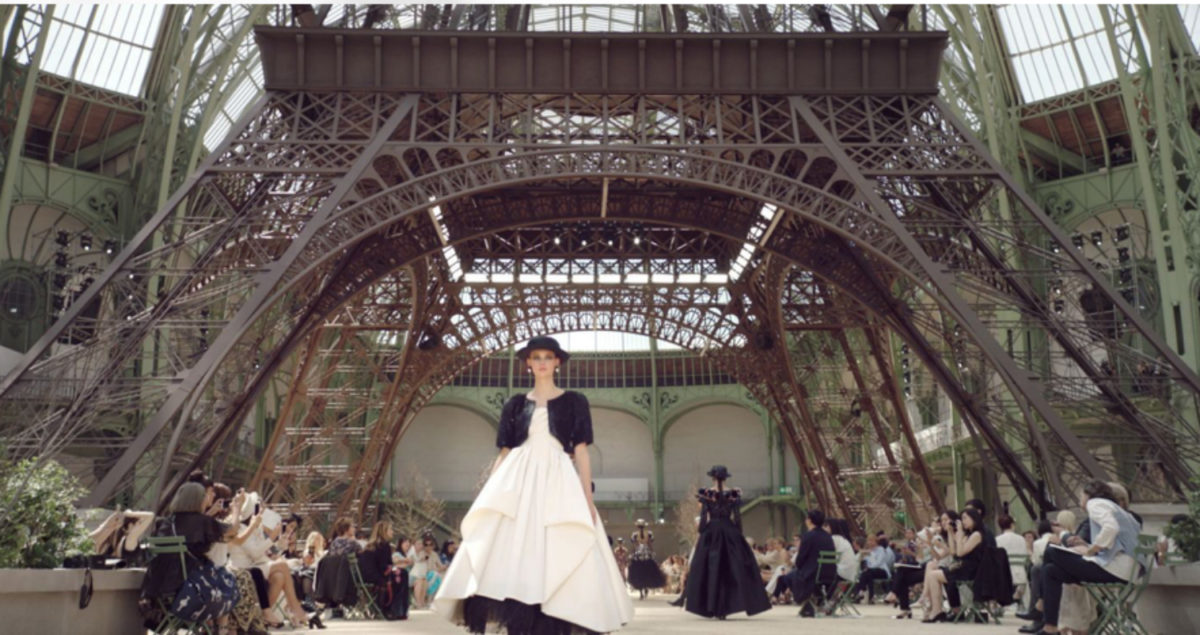 Twice a year, the Parisian Chambre Syndicale de la Haute Couture hosts, you guessed it, an Haute Couture Fashion Week in France’s capital, with the biggest names in the game inviting the who-is-who of the creative industry to take part. For those of you unfamiliar with the difference between a “regular” Fashion Week and the Haute Couture version: The highest, most intricate form of sewing and tailoring is billed Haute Couture. There’s more to it than that, though. You don’t take the title, you are given it. Prior to receiving this title, however, designers and their teams must meet the necessary requirements and are later obligated to obey strict rules in order to keep the Haute Couture-stamp, all of which are set and controlled by the aforementioned Chambre Syndicale.

This year’s Fall/Winter presentations took place starting Sunday July 2, through Thursday, July 6. We carefully revisited all of this week’s collections to create a round-up of our favorite offerings. Check out our Top 5 below:

45-year old Thierry Mugler-alumnus Alexandre Vauthier may seem to be an odd choice for Haute Couture at first glimpse. While many associate the term with age-old tradition and opulent ball gowns, Vauthier’s design aesthetic is a lot younger, bolder, and louder than the Haute Couture-tag might suggest. Provocatively tailored cocktail-dresses, high slits (so high that his muse Bella Hadid had to keep it from baring all), and loads of sparkly embellishments, mostly kept in shades of black and metallic, staged at an 80s-disco-inspired venue. Granted, seeing the show your mood to hit the dancefloor will skyrocket just by sitting in or looking at that room. But given one of these incredible, showstopping looks, the party is most definitely yours.

This is a pretty obvious choice, but when you think about it, what would Paris (Haute Couture) Fashion Week be without Karl Lagerfeld’s creations for the most iconic maison of them all: Chanel. A thought the designer himself must’ve had too, given that the show featured a replica of the Eiffle Tower in the Center of the Grand Palais, taking what we know as Parisian Chic to a whole ‘nother level. “It’s a vision of a revived Parisian woman, it is all about cut, shapes, silhouettes.”

Originating from the Netherlands, Iris Van Herpen found her industry-beginnings by interning at Alexander McQueen – an experience that would become and stay a stylistic trait in her work. Despite the fact that Van Herpen is only 33 years of age, she has managed to become a household name, especially for avant-garde, futuristic-looking and innovatively created fashion, and was inducted into the Chambre Syndicale in 2011. Ever since, her haunting Paris Couture shows have drawn immense attention from in- and outsiders for her characteristically blurring the lines between clothing and art. This time around, she built her runway around aquarium-like contraptions with ‘under-water-musicians’ inside them. See for yourselves in the video above.

After John Galliano took the creative helm at the enigmatic Maison (Martin) Margiela, the Parisian house has been branding its Haute Couture collections under “Maison Margiela Artisinal”. This season’s spin sees models covered either in shampoo, delicate jewelry or handmade headdrresses, sporting gold cowboy boots, oddly proportioned tops and bottoms, and distorted jackets – unmistakeably Margiela.
An absolute standout? The organza trenchcoat that looks as though it was made of ruffled cardboard.

Viktor & Rolf
Viktor Horsting and Rolf Snoeren founded their label straight out of college in 1993. Initially, Fashion critics weren’t all that appreciative of the duo’s approach towards the art of creating clothes. The two’s work was ‘mistaken’ for art, as opposed to seeing it as avant-garde fashion. However, this did help them in the process of building their brand, as they drew attention from the art world, and thus, slowly but steadily maneuvered their way (back) into high fashion. Hard to believe, given that Viktor & Rolf has since well established itself as one of the frontrunners of their genre. Fall/Winter ’17 Couture had them experimenting with a classic: The entire collection revolves around the bomber jacket, mainly in its signature green, with golden zippers and orange lining. Other than that, the collection also offered almost hypnotizing patchwork embroidary, adding dimension to reinterpreted denim-silhouettes. The show is fittingly titled “Action Dolls” … pretty self-explanatory.