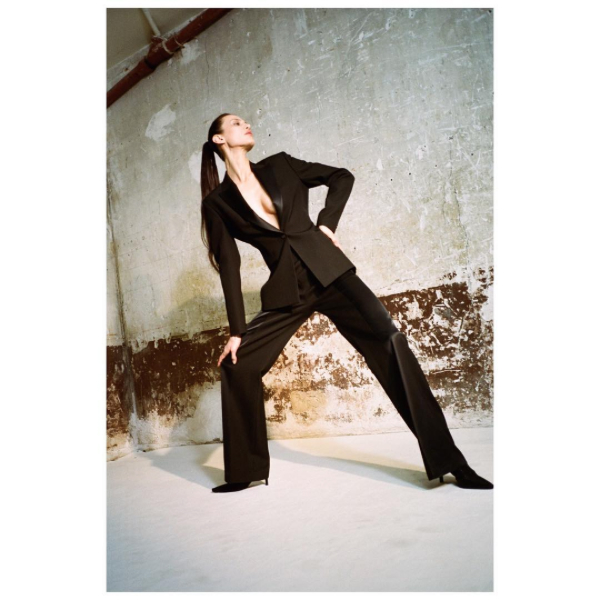 HOW THE PANTSUIT SHAPED FASHION HISTORY

Hillary Clinton wore it throughout the full run of her election campaign, Calvin Klein and Tibi recently showed various versions on the runway during fashion month, but in the 1960s socialite Nan Kempner was still denied entrance to a restaurant in New York because of sporting one: The pantsuit. With a startling, sometimes even scandalous past, a future of being a symbol for empowerment ahead, and the time for spring updating your wardrobe and fashion knowledge just around the corner, the pantsuit couldn’t be more relevant – we’re giving you a quick run-through of its impactful history.

Turning time back about a hundred years, pants for women first were introduced during and after World War I but foremost worn for practical reasons. Women were starting to go to work and fashion needed to adapt to these new circumstances. But it were also the designers who thought it might be about time to free women from the reigning corsets and very gender specific dresscodes. Coco Chanel famously started wearing pants in the 1920s, making the look more appropriate for women, and also introduced her signature suit in 1923, consisting of a boxy jacket and a knee length skirt. Although the ensemble didn’t feature pants at the time, it still was one of the first occasions high fashion for women borrowed from menswear.

While Chanel’s innovations truly were outstanding for their time, it still took quite a few years for pants, suits, and ultimately the pantsuit to really get accepted into mainstream fashion. Though Chanel already showed her signature suit in the 1920s critics didn’t really approve of it back then and it took until the mid 50s for the ensemble to finally be embraced by the public. In 1938, a woman in Los Angeles even got arrested for wearing pants instead of a skirt to testify in court – she was sent back home by the judges, with the session rescheduled, and the order to wear a dress next time as pants weren’t seen as appropriate.

Fast forward a bit, almost 30 years after the L.A. court incident and over 40 years after Chanel’s first prototype suit appearance, the pantsuit finally started being accepted. When debuting his now iconic “Le Smoking” in 1966, Yves Saint Laurent not only made headlines by putting women in a suit but also by embracing it as something indeed practical but also aesthetically pleasing. The pantsuit as a modern, sophisticated wardrobe staple was introduced and ultimately manifested by Helmut Newton’s famous black and white shot of YSL’s suit for a French Vogue editorial in 1975, with a model standing in a dimly lit alleyway, smoking a cigarette.

Which brings us right to the 1980s and the pantsuit finally being seen as a powerful look for women, with shoulder pads adding all the more of a strong attitude, Grace Jones appearing on the cover of her album “Nightclubbing” in a broad Armani suit, and the piece eventually finding its way into mainstream fashion – and Hillary Clinton’s closet, in every shade imaginable. And although it might have lost a bit of its revolutionary feel, with women in the past literally wearing it to prove their equality and break boundaries, the pantsuit remains an iconic statement for empowerment, and an immaculate example for how fashion and its designers can reflect and affect the times and lives of their wearers.