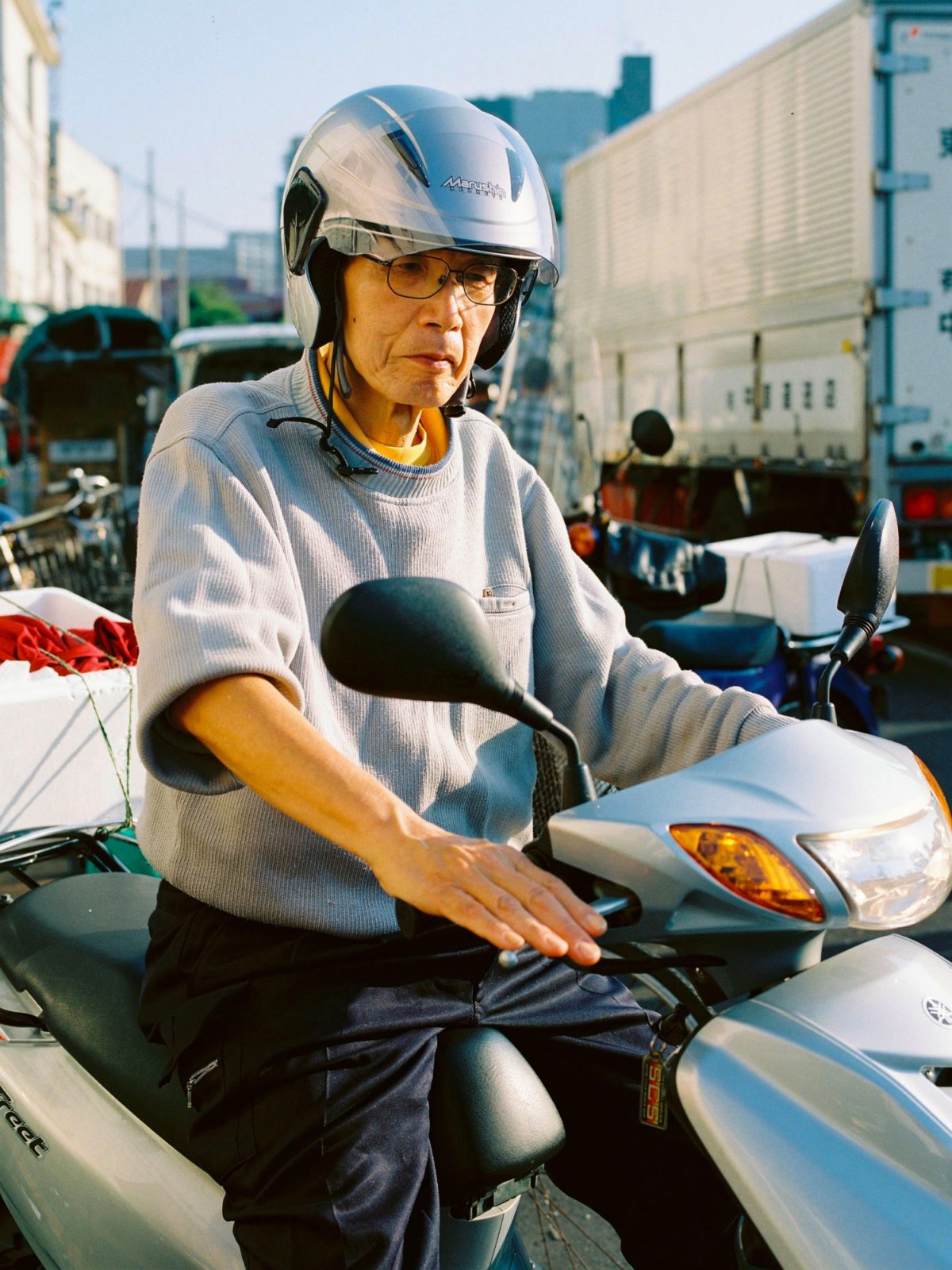 THE APPEAL OF GETTING LOST IN TRANSIT

Osma Harvilahti’s images are a bit like souvenirs—reminiscent of farflung places, embedded with longing, wonder and wanderlust. Extensively travelling the world as part of his work for the likes of AnOther Magazine, Apartamentoand Hermès, the Finnish photographer has mastered the art of freezing a moment not just so the viewer can see but also experience—almost as if they were accompanying him on his trips to Japan, Iceland or South Africa. “Changing scenery and travelling is definitely at the core of my identity and the basis for my work,” Osma explains. This drive for restless exploration is, he says, “the source for my editorial work and fuel for my soul. My travels are mostly dominated by the commissions I get, but I normally stay around after a shoot and take photos for myself.”

Having first become interested in what has quickly become his profession through precisely this meticulous observation of his environment, Osma keeps an appreciation for details and hidden treasures at the centre of his work no matter the client or the brief. “My photographs are a mix of documenting and planning—although I always prefer not to stage but discover situations and things instead,” he says. “Making notes on my surroundings and things that I see somehow always turns into photographs—even when I don’t have a camera with me.” With a sense of constant flux and transition running through both Osma’s journeys as well as the subjects they look to highlight—cars, motorbikes and freeways are particularly often featured in his images—Osma leads the life of a modern day nomad, the camera his most trusted travel companion. Looking back on his journeys, he shares his most precious photos and memories with Material Magazine. 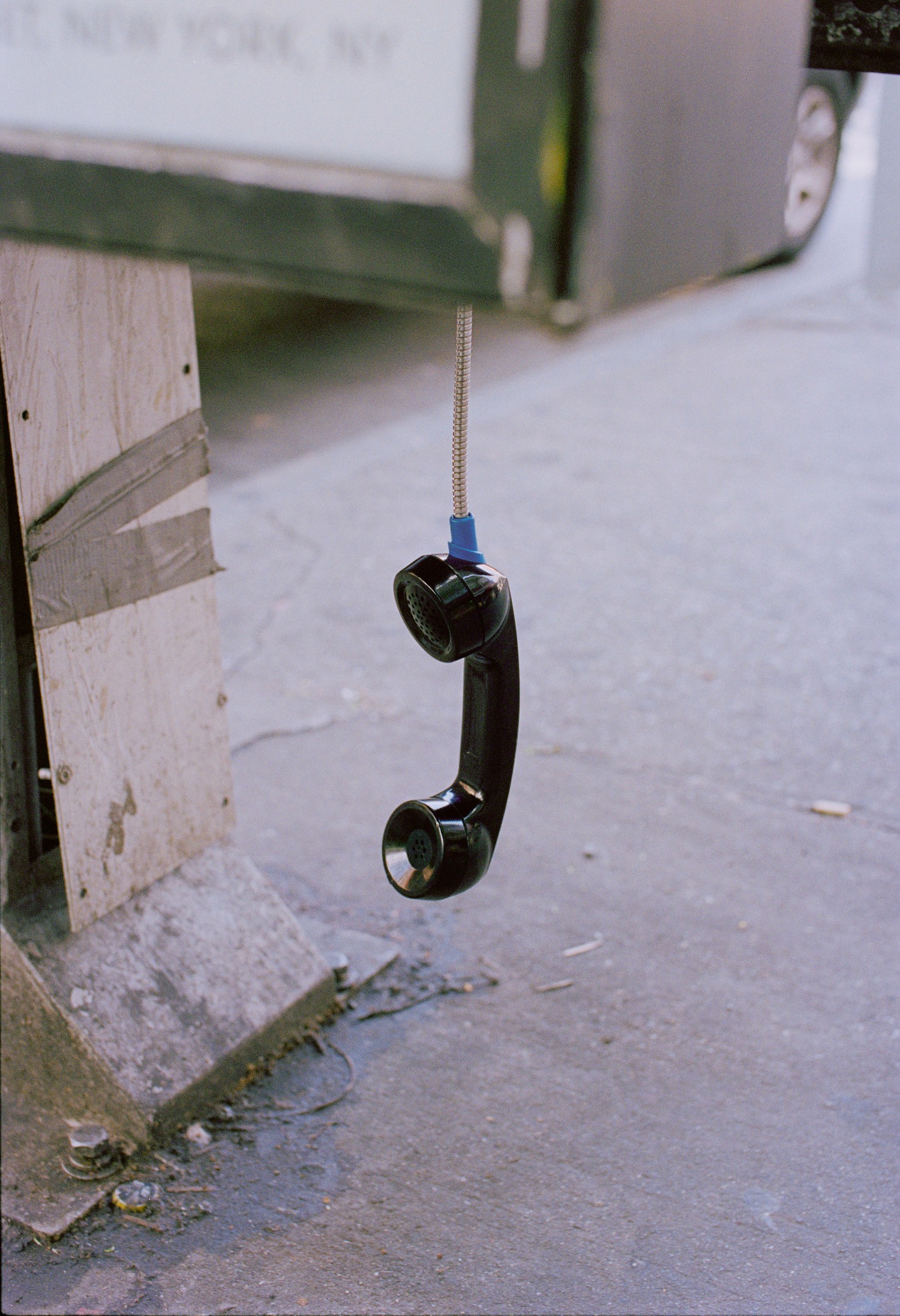 NEW YORK, 2011:  “I used to walk past this phone station on 14th between 1st and 2nd which was close to a project-like red tiled residential area which used to be one of my favourite locations for portraits and still life. The phone was hanging loose and I snapped a photo.” 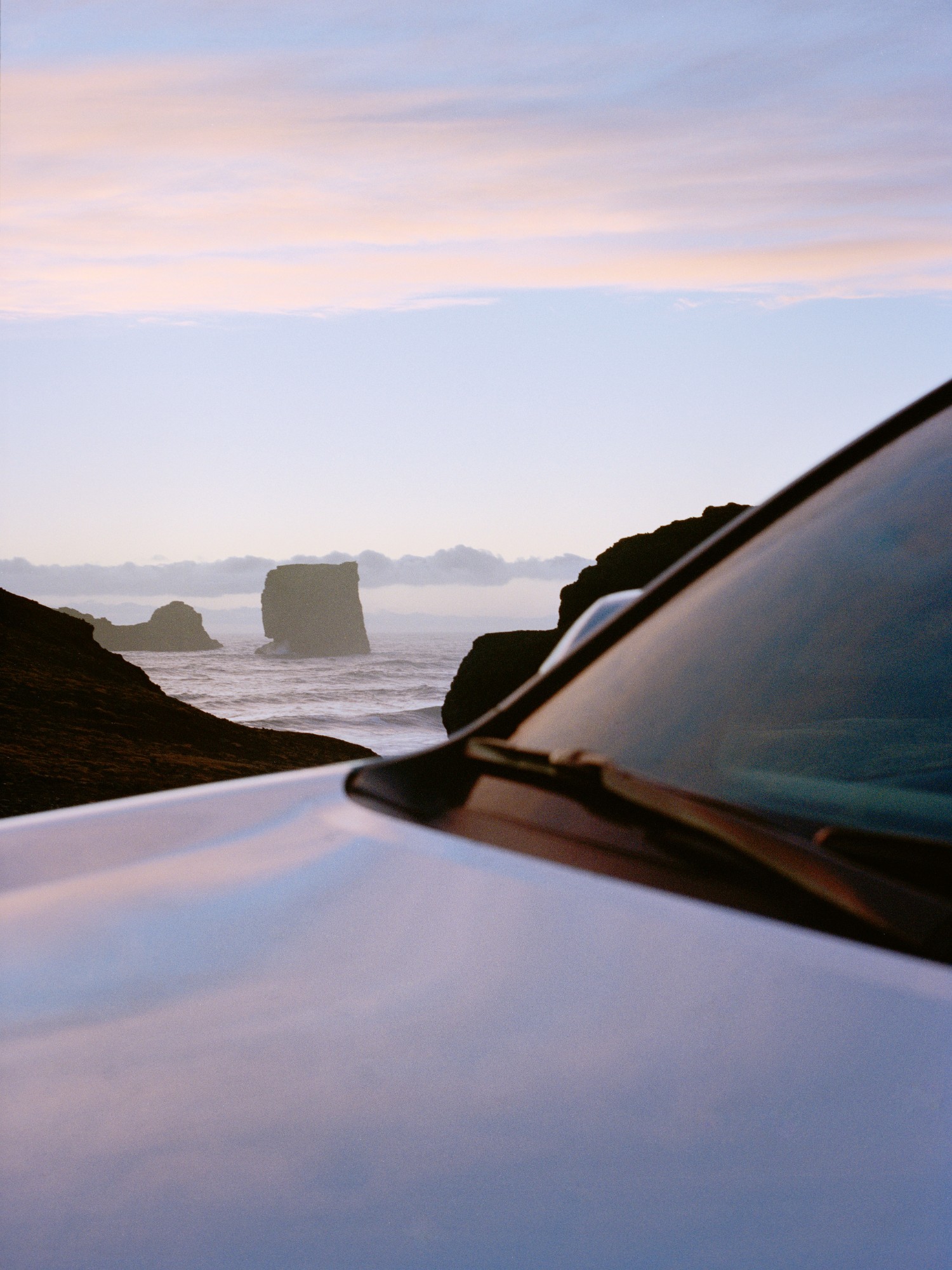 ICELAND, 2012: “The surface of the car just reflected the amazing sky so beautifully—and the dark plastic parts of the windshield somehow mimicked the dark rocks on the horizon.” 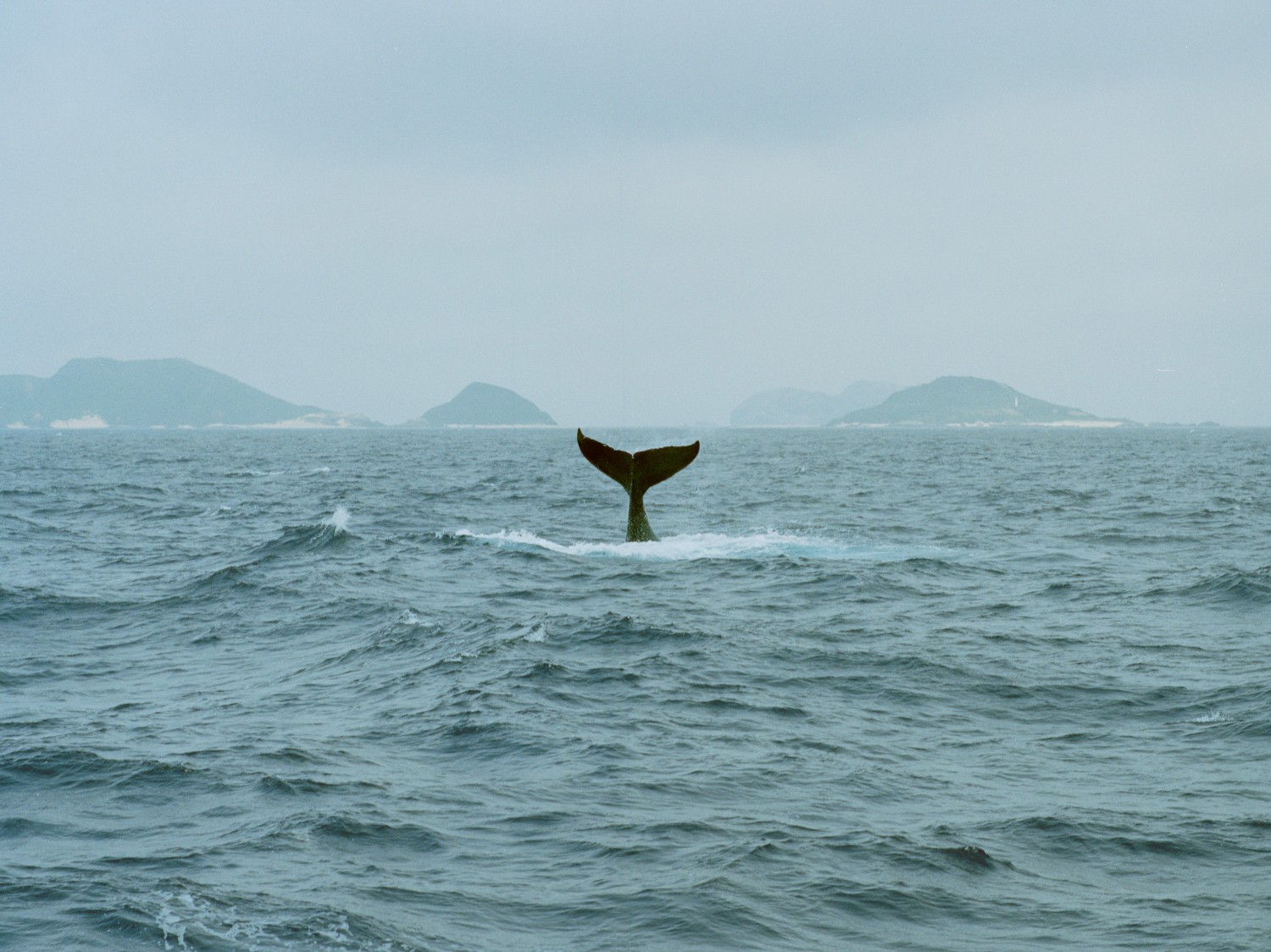 JAPAN, 2016: “My friend and I were the only people on a boat that didn̓t take the nausea pill. While others were either sleeping or vomiting, I climbed on the deck and saw this whale waving at me on the horizon.” 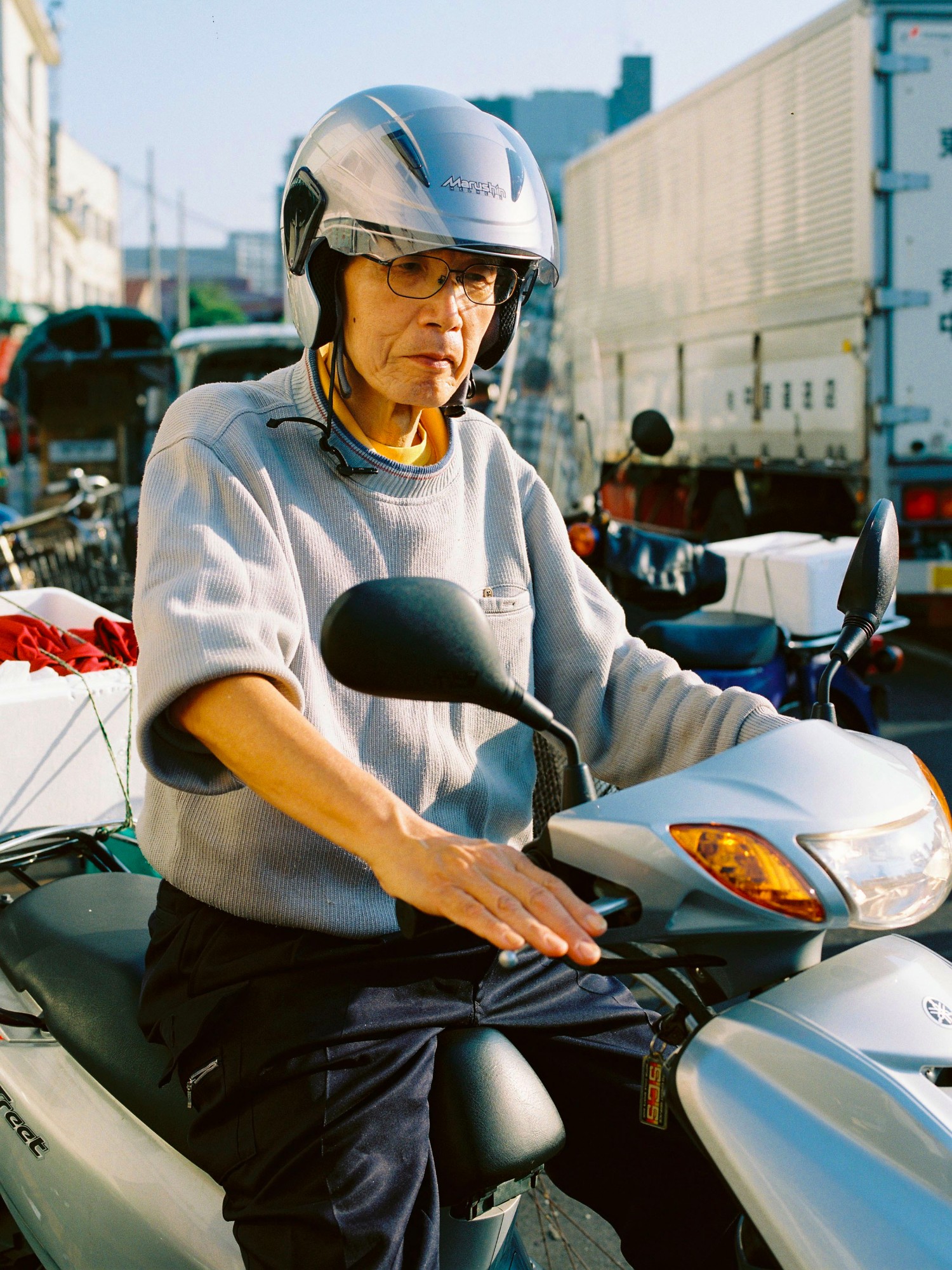 JAPAN, 2016: “It was 6AM and this man was buying fish at the iconic Tsukiji fish market in Tokyo. His scooter was bathing in this beautiful golden morning light.” 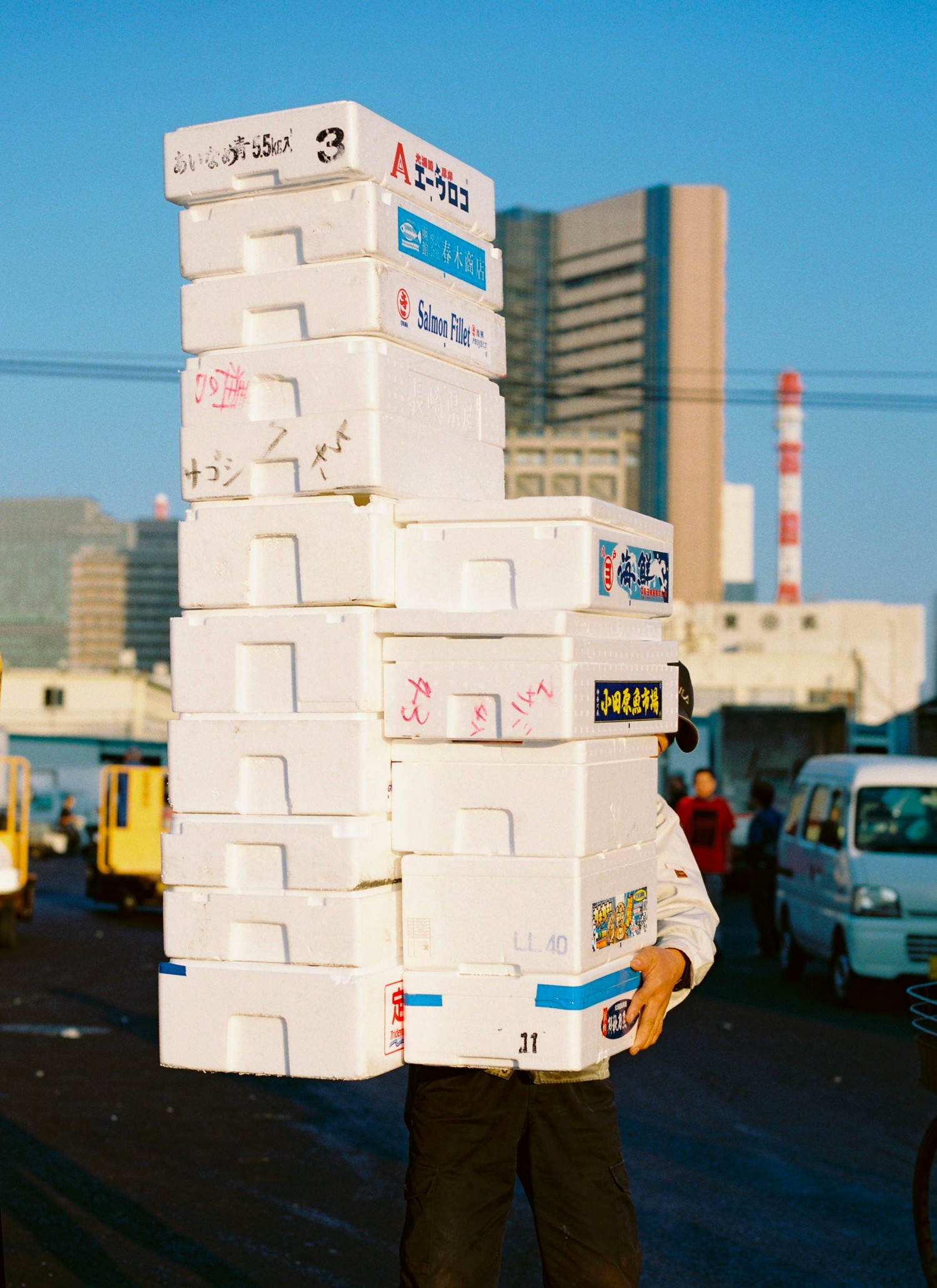 JAPAN, 2016: “I was following this guys’ activities for a while. Everyone around him was impressed by how many boxes he could lift and move at once.” 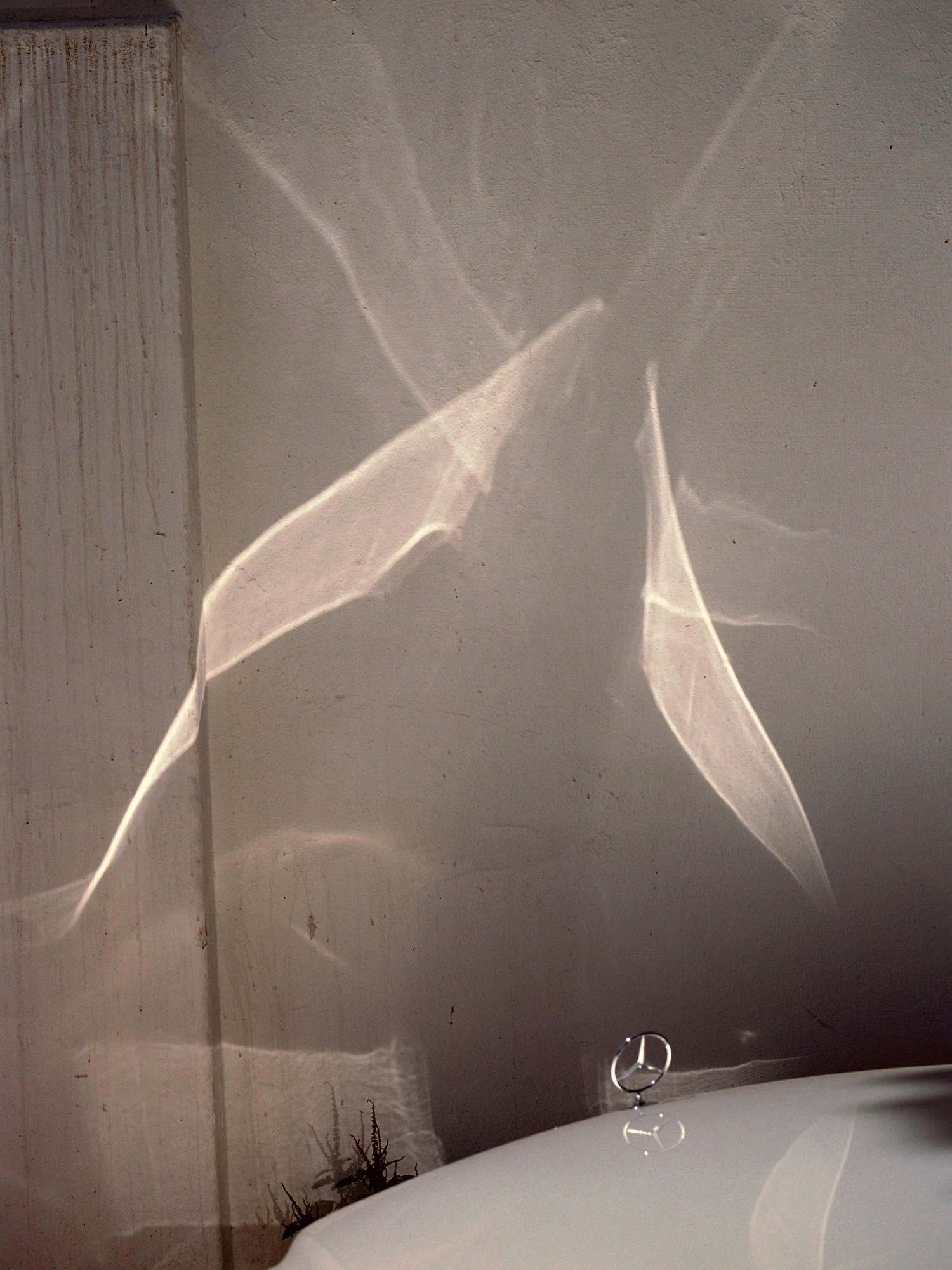 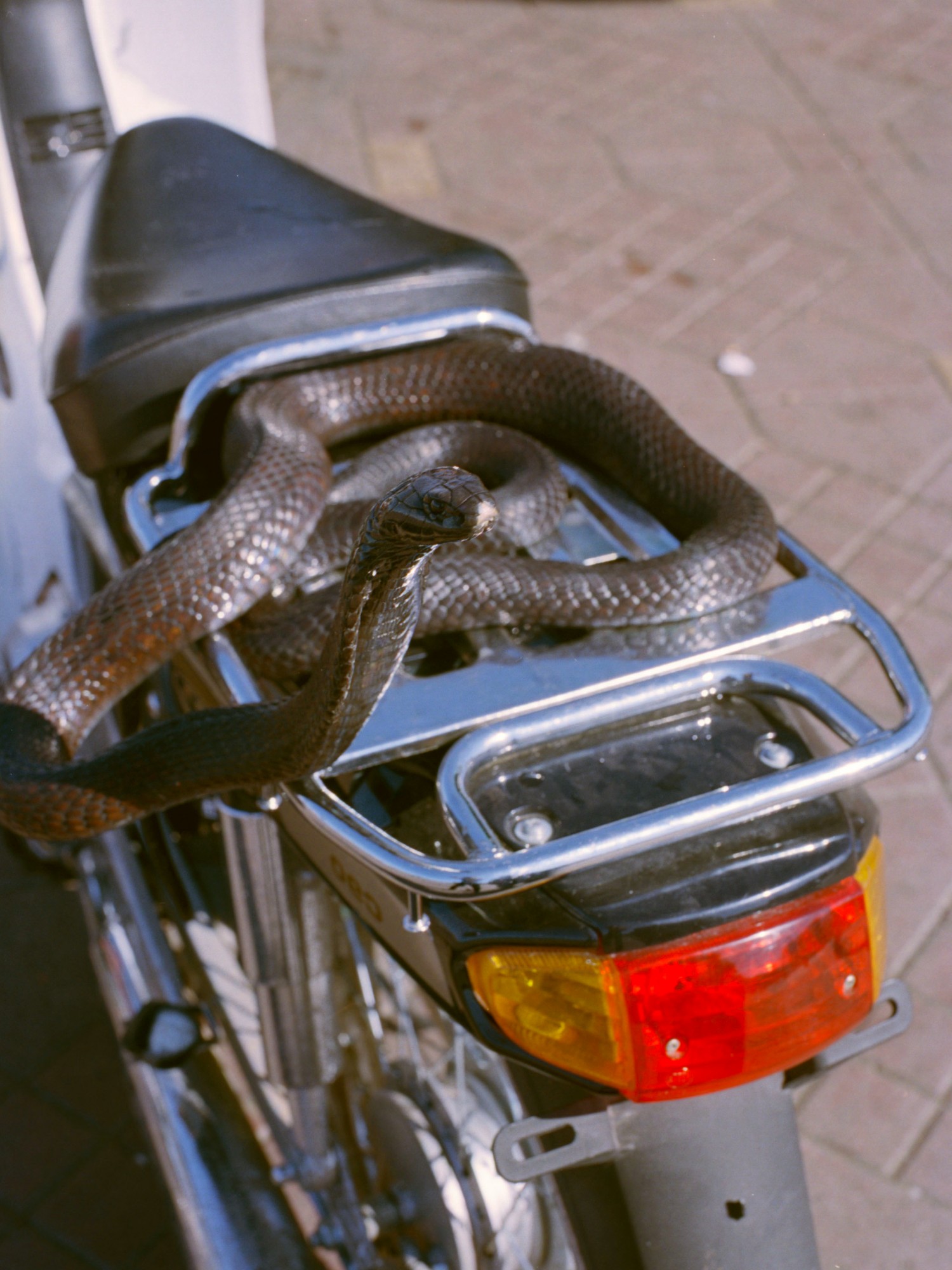 MOROCCO, 2012: “I asked a man to place his cobra on a scooter. At first he was asking for money but finally found the scenario amusing and luckily ended up not charging me.” 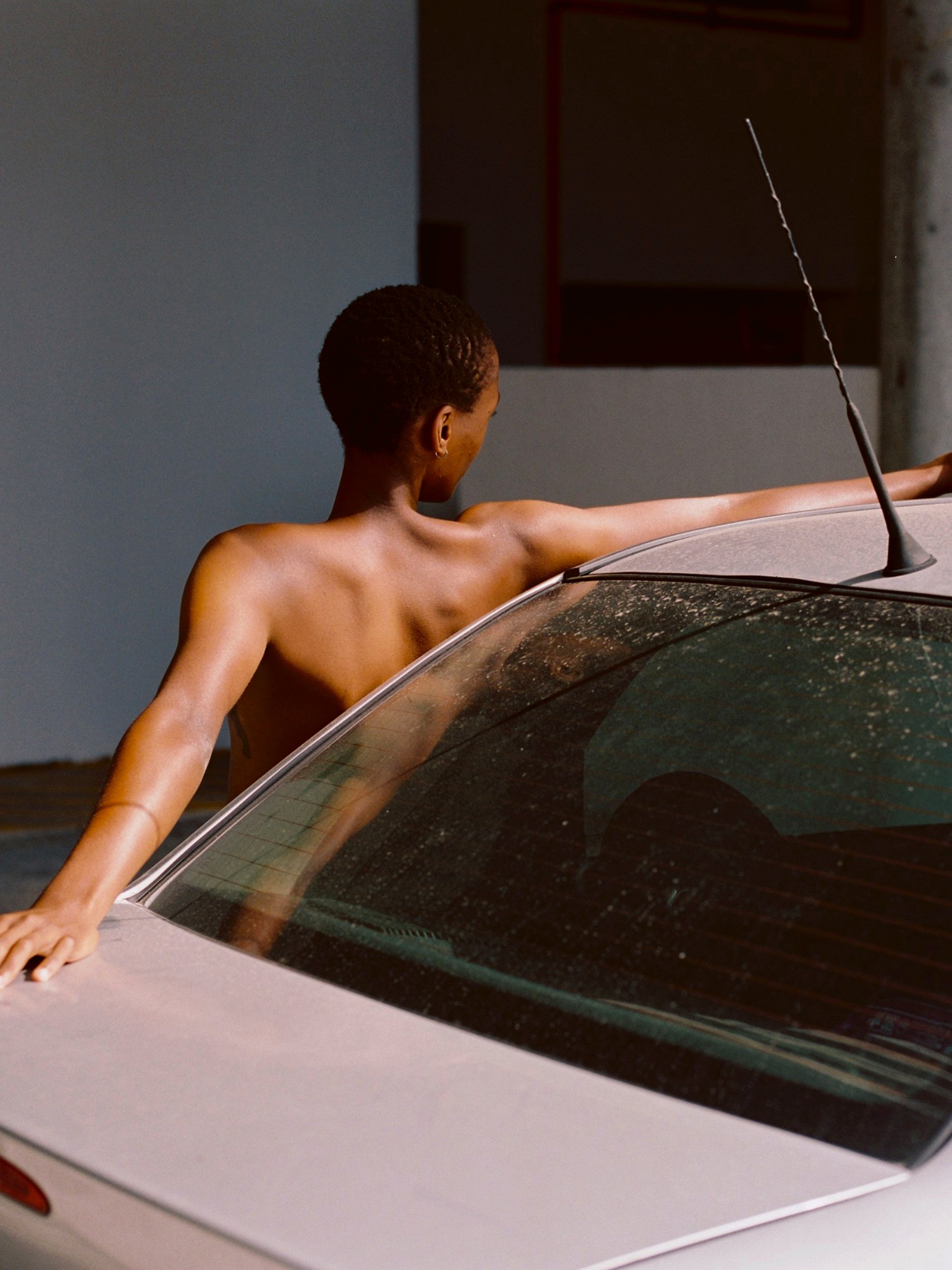 SOUTH AFRICA, 2017: “I just came across this boy leaning on a hot Sedan in a Cape Town parking lot.” 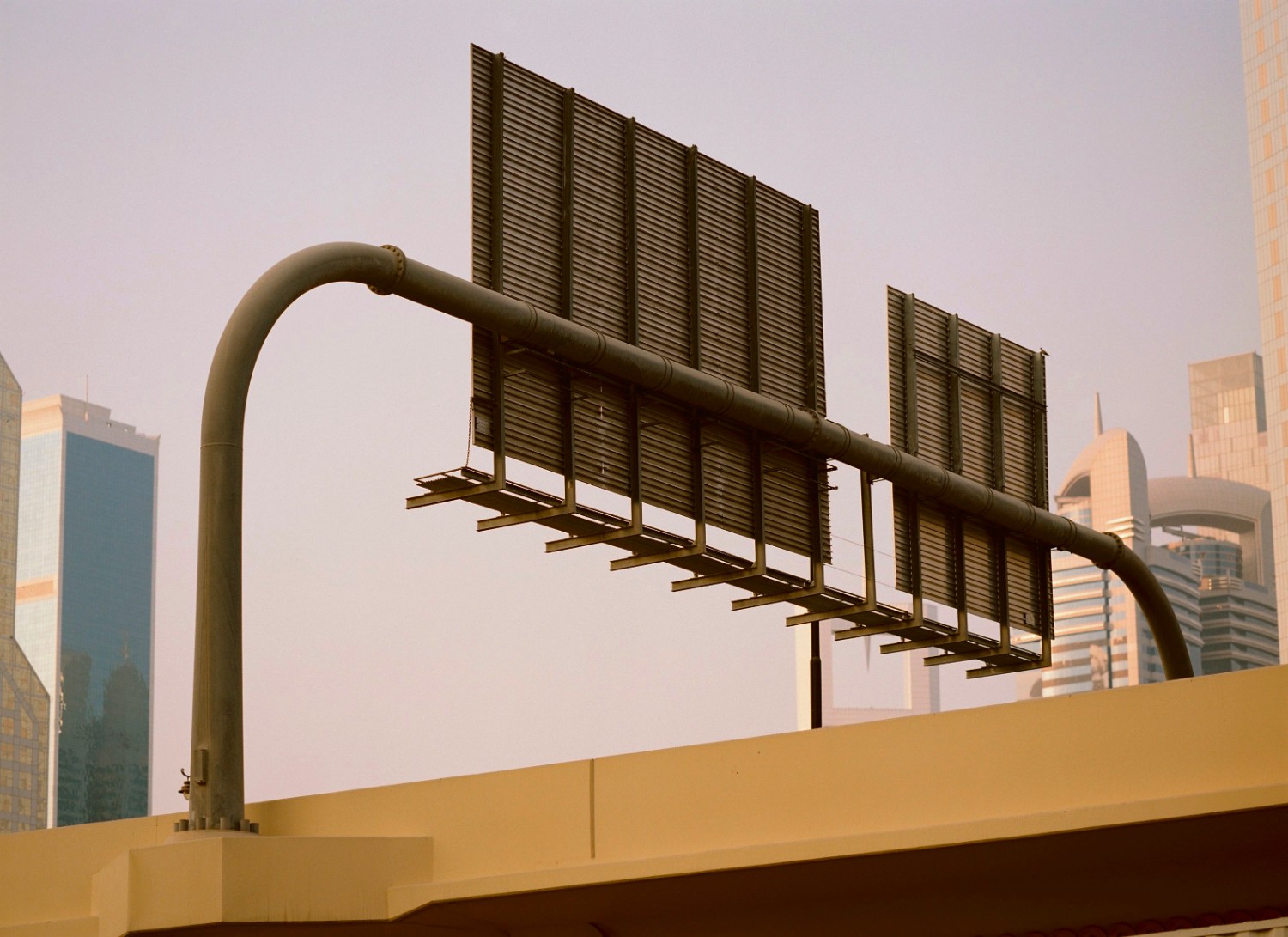 DUBAI, 2016: “During an assignment in UAE I originally wanted to photograph the over-whelming construction yards that fill the landscapes all over Dubai. Due to high security I unfortunately wasn’t able to so I photographed bridges, roads and vehicles as long as I wasn’t told not to.”