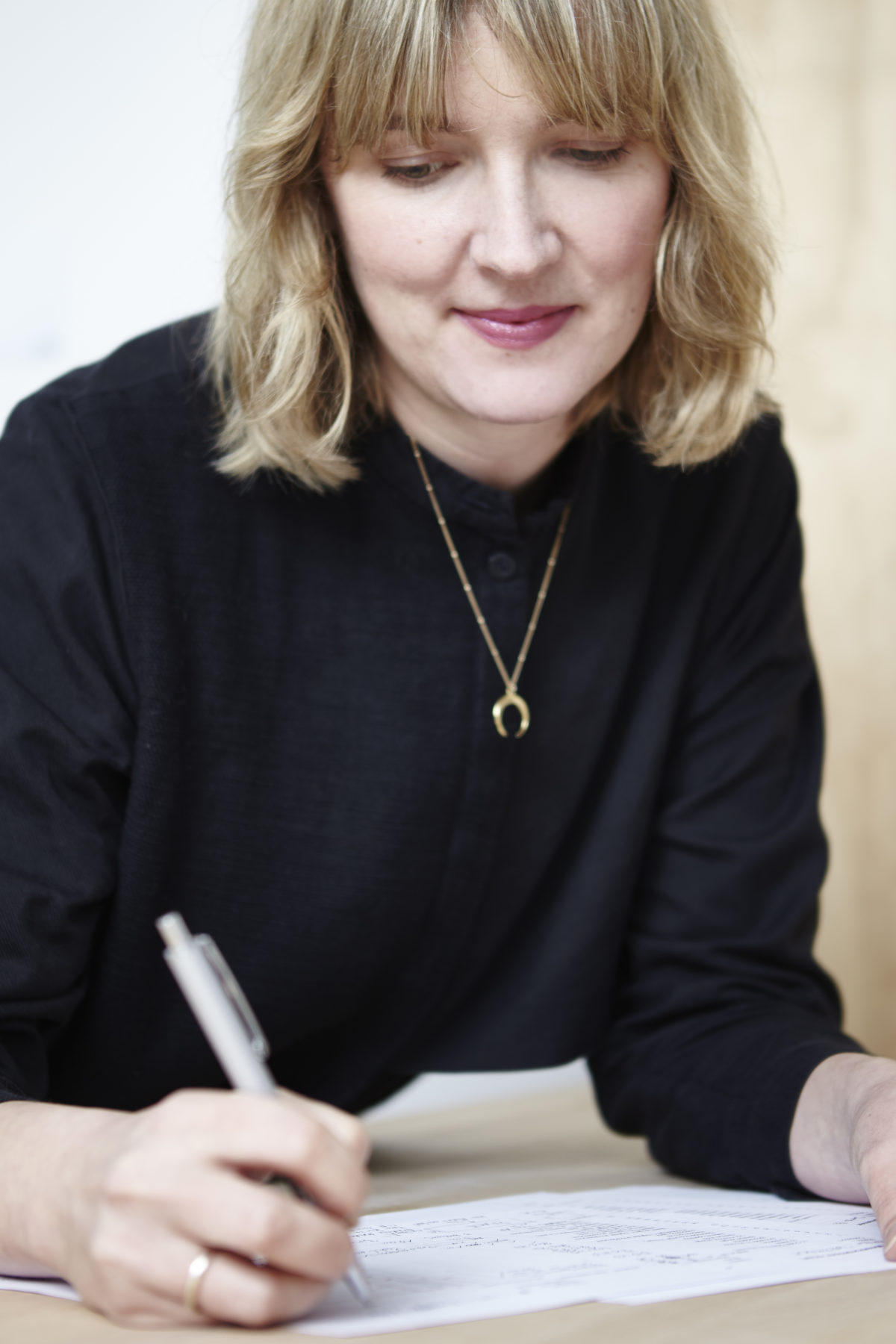 In her last collection she explored Mother Earth and her ancient feminine energy, witch burning her latest theme. With the ethical label Black Velvet Circus, Hamburg designer Tanja Glissmann frees herself of the often superficial world of fashion. She creates textile responses to social questions, abstracting feminism from tactile realities. “It frightens men when women come into their strength. Generally healers were burnt, women who took their own paths rather than the Christian one. In Germany it was so extreme that in some villages there weren’t any women left!”

The inspiration came from Tanja’s own interests and experiences. She uses the supernatural herself – although in her view the “super” prefix needs to go – in order to win back control of her life, one step at a time. The most important means for this? Intuition. If she feels uncomfortable with decisions, or has a sense that her stress levels are getting too high, she’s slowly found the courage to trust her instinct, her natural signposts.

In order to channel her emotions and understand what it is that doesn’t feel right, she reaches for her Tarot cards or looks to meditation – or she asks angels for help. “Angels are very loving companions. Since I’ve been in contact with them, I’ve often asked them for answers. It’s so crazy sometimes how they solve problems… But they would never reach out to you themselves, because they respect your own will.”

That more exists in this world than in that which the human eye can perceive, is a given for Tanja. As a child she saw ghosts, an old man for example. She seems to have passed this gift on to her daughter, who pleaded that Tanja should not sit on the sofa, because her grandfather was already seated there. “Small children still have this open eye onto the spiritual world. When you grow up and are constantly told that that kind of thing doesn’t exist, your view changes. We can all access the paranormal. We just have to open ourselves to it.”

The same holds for the strength of the full moon, which Tanja believes reflects a special kind of feminine cycle and rhythm. The full moon means letting go of worries and fears, and to brave starting anew. A suitable occasion for the designer to hold meetings with other modern witches in the future, to discuss topics ranging from the restructuring of the working world to the teaching of aura colors.

Find out more about the “modern witches” Trae Harris, and Vanessa Cuccia!