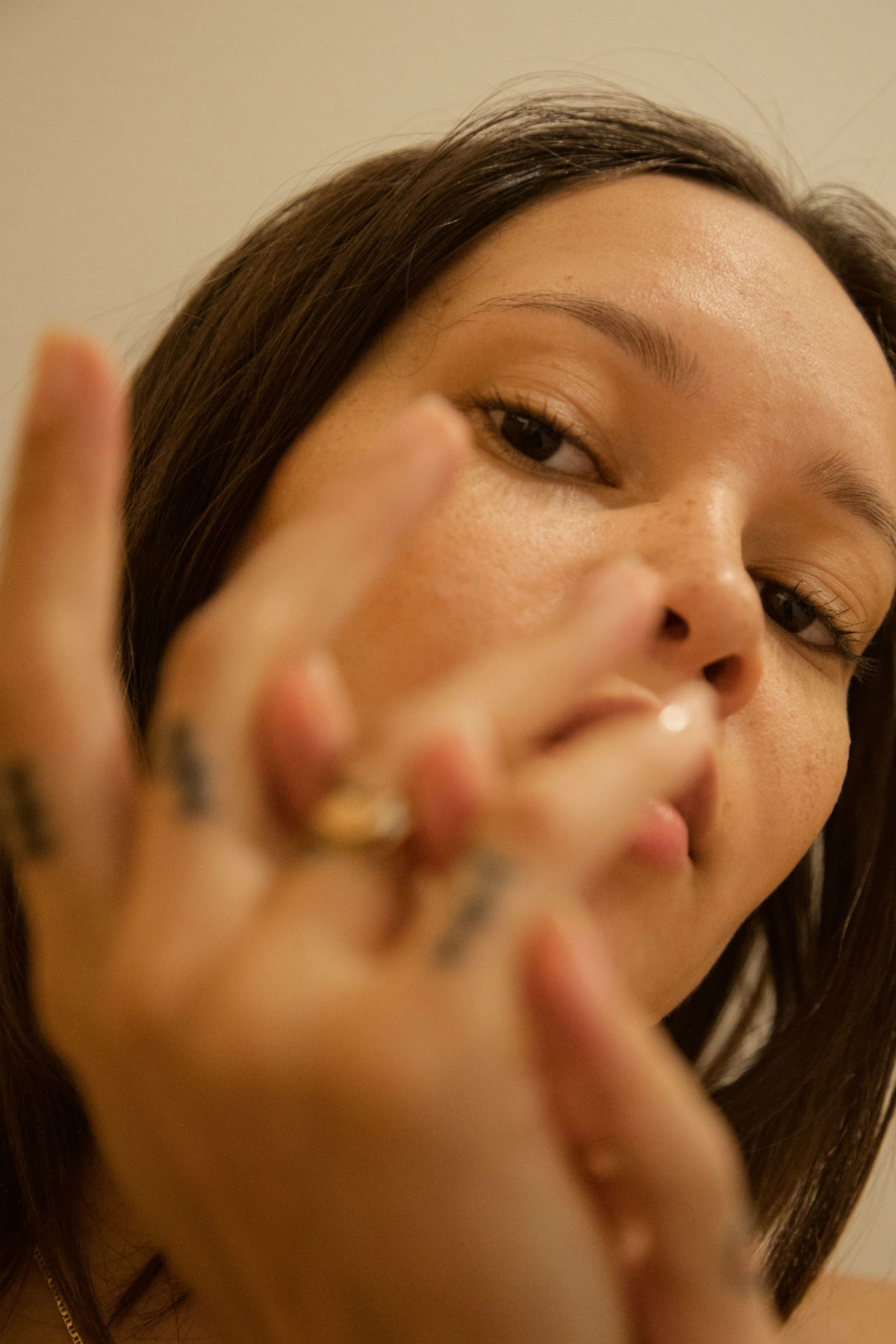 If Instagram currently is society’s biggest stage for performance, the screen might just be its fourth wall. Break it and you directly engage with your audience, stripping away fakeness and fantasy. Smash it and you find yourself among women like Marz Lovejoy, looking to embed her images in an environment of honesty and outspokenness. As figurative as this shattering may be, Marz’s persistence in using her platform as a tool to educate and empower is certainly strong enough to crack a few glass ceilings—or screens for that matter. For the New Yorker, sharing doesn’t just mean picking pictures and emojis, it literally is opening up to the people following her, letting them be a part of her success as much as her struggles.

“Being as intimate as I am on social media takes a lot of self-reflection, being introspective, growing, becoming older,” says the 26-year-old musician, writer and model, who has worked with NIKE, Helmut Lang Seen by Shayne Oliver and Vince Staples. On her Instagram profile, Marz openly addresses parts of her past others might rather not want to share with strangers: overcoming addictions, dealing with loss and depression, and battling self destruction, for example. “I have come to terms with the trauma that I’ve experienced. I’m not bound by those memories. I’ve let them go and I’m able to talk about them. Of course sometimes things can get emotional or whatnot but I’m not filled with anger. Me sharing is just me getting it off my chest”. I n fact, this frankness is precisely what strikes so many people about Marz’s posts. “There have been young girls coming to me saying ‘you’ve saved my life’. If I’m able to help somebody who I don’t know, I’ve never met, just through a conversation or a caption that I put on Instagram then that’s amazing and I only want it to magnify, to multiply.”

One of the topics especially close to Marz’s heart was a fundraiser she started in January for a single mum of two kids. Danielle, a full- time student, and her family were living below the poverty line in the Bronx, threatened with losing their home. Through several Instagram posts on the project, a video campaign and ultimately a Go Fund Me page, Marz raised over $11,000 for Danielle—an outcome that once again showed her just how much those digital follower numbers can actually provoke change, if used correctly. “I wouldn’t have been able to do that without people,” the soon-to-be mother says. “When action gets involved and people feel like they’re part of something, that’s really beautiful. For me, if you have a platform you have a responsibility—I am very aware and have always been conscious of young women, of girls, because I know even though I don’t have as many eyes on me as huge celebrities, that I have some eyes on me and those eyes are important, and to them what I do is important.” Whether you are among the most followed celebrities on Instagram—think Selena Gomez, Ariana Grande and Kylie Jenner—or acting on a smaller scale, there is no denying the strength in numbers and even more so simply the impressive strength that comes with truthfully following through on your beliefs in a space more often than not shaped by trolls and self-doubt rather than empathy. 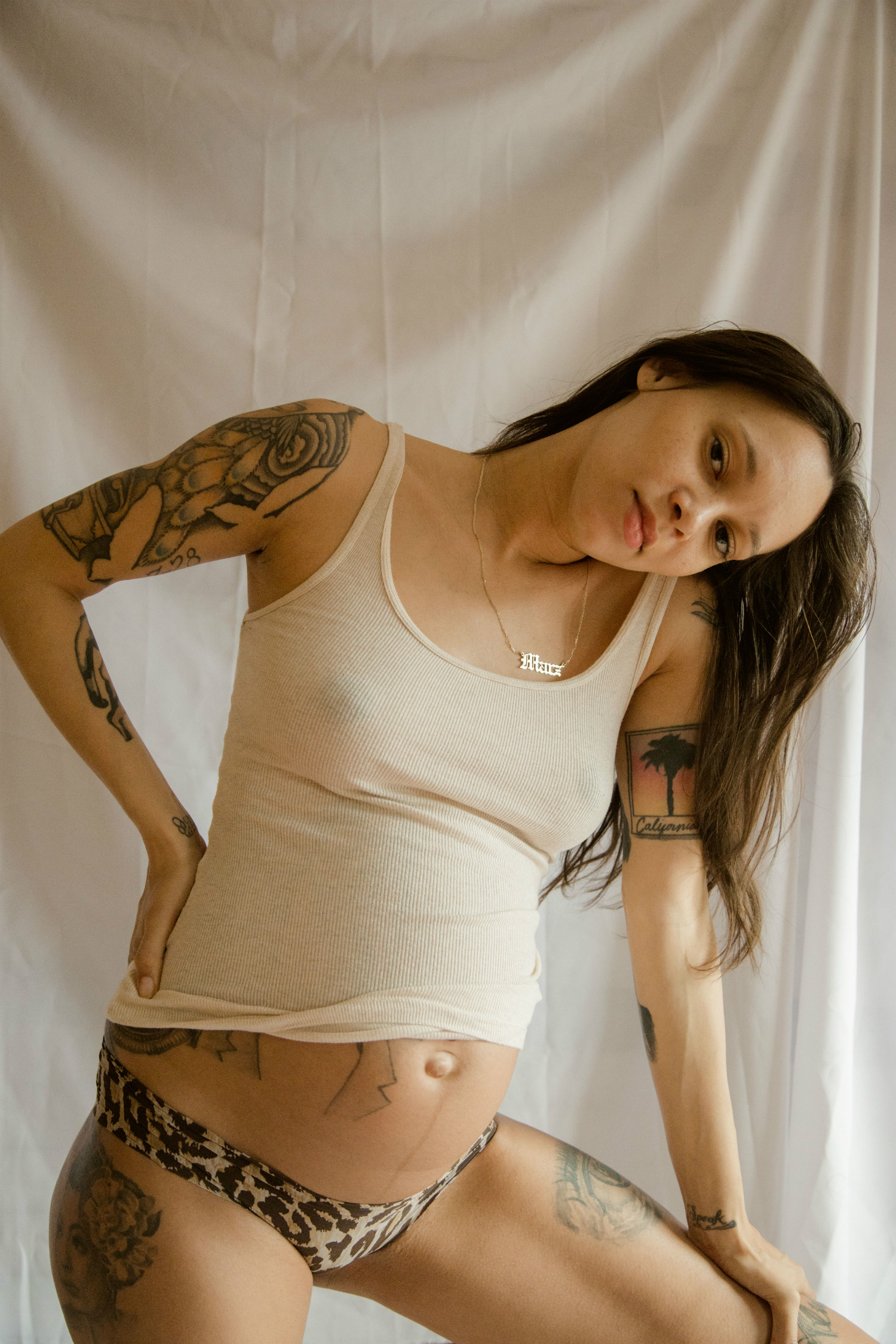 “Not long ago, I disabled my Instagram for a while. I was having this conflict where it was taking up too much of my time, to the point where I was starting to feel not good about my own accomplishments and really questioned what my purpose was,” Marz says of her own negative experiences with social media. “When my husband learned why I stopped my account he said, ‘Look, I love you and I hear what you’re saying but you really inspire a lot of people and I don’t think you should just run away from that.’” As a result, Marz and her partner Simon Rasmussen, editor-in-chief of New York based Office Magazine, set up rules for their Instagram usage: the app is only allowed from 10am until 8pm and any infraction is charged with a penalty of $50. “That’s really helped, being able to talk about it, do those exercises with somebody that will hold you accountable and that you can hold accountable. A lot of people don’t think about it but it’s really important to give yourself that breath of fresh air and not have to feel like you need to be on the app all the time. Our phones could all go away and we’d have to survive without them.”

That’s why Marz is as conscious of initiating this long-overdue shift online as she is offline. Heavily pregnant at the time of our photoshoot and interview, Marz cites becoming a mother as one of the most significant factors in her transformation towards a more reflective and ultimately wiser version of herself. “Life, especially creating life, has very much changed me. It made me appreciative of my parents and my grand- parents and my ancestors and other women. My pregnancy has really shown me how strong we are as women.” In November 2016, Marz also quit smoking weed, a journey that is as much part of her Instagram posts as that towards motherhood—and that she addresses just as proudly. “I’ve talked about growing up with a parent who had an addiction and looking at my own addictions. My husband is 13 years sober and his positive transformation has influenced me to be sober.” This considerate interplay between Marz and her community seems to thread itself through almost every one of her relationships—be it on a particularly personal or wholly creative level.

Having started modelling when she was five years old, Marz has especially strong ties to the fashion world—although, she says, she wouldn’t describe herself as a “fashion girl”. Still, some of her closest friends are integral not only to the industry but especially also to a shift towards transparency and inclusiveness that is strikingly similar to the mission Marz is pursuing with her social media presence. “I’m really blessed that I’ve been able to work with people that I admire and respect and I’m friends with, like Shayne Oliver and Ian Isiah of Hood By Air. It’s either been black-owned or black-designed or woman-designed, woman-owned,” she explains. “A lot of big brands are looking at the people I know for their next line, they’re taking these bits of culture from all over and try to make them theirs. When you work with the people that have actually gone through the street life and the nightlife, especially young creative, gay, black men from New York, it’s wonderful. I feel really lucky to be on the authentic side and not the side that’s just going around and trying to steal.”

The “authentic side” strikingly describes not only Marz’s position in fashion but pop culture on the whole. In a time where “feminism” and “activism” have fast become marketing tools and buzzwords, fostering a sense of transparency and honesty not driven by revenue but solidarity has proven itself to be one of the toughest tasks there is. As more and more people seem to feel the need to place filters not only over their faces but also their personalities, speaking your mind is a much-needed counter-movement—or, as Marz fittingly puts it in the bio of her Instagram account, a social enterprise.