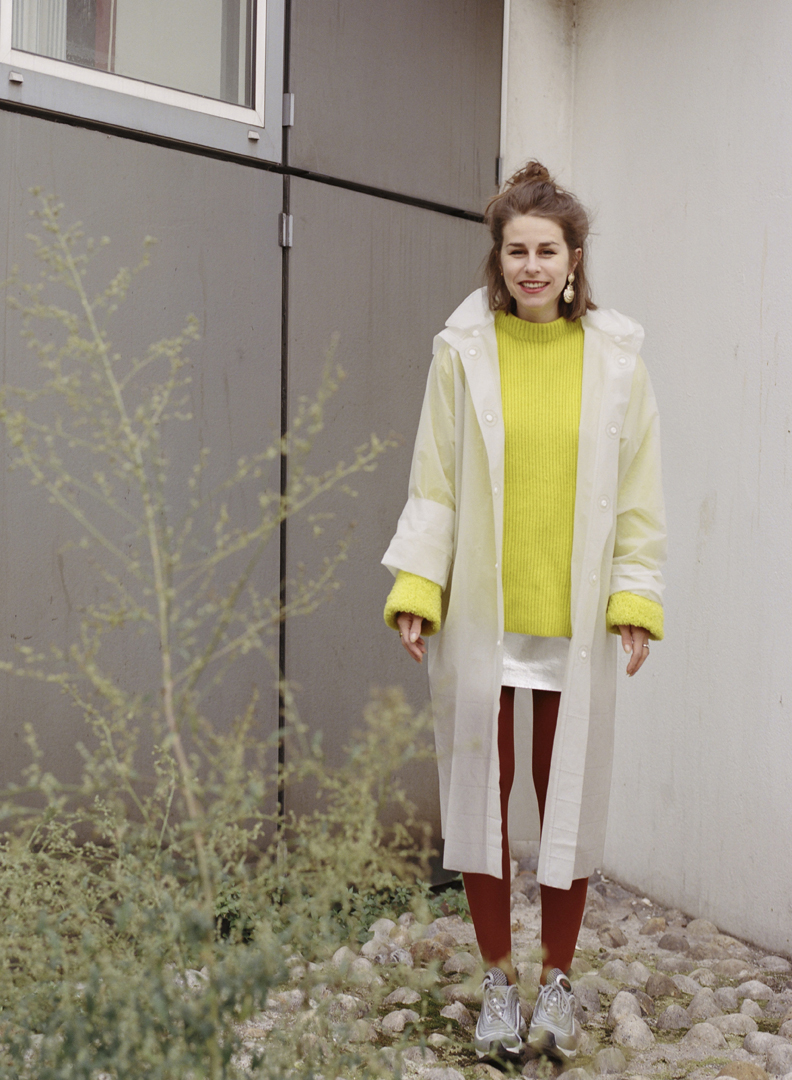 “Through my various projects I tend to see puzzle pieces that need to be put together.” Understanding life as an endless treasure trove of narratives, aesthetic chambers and thus inspiration itself, Lia Rochàs-Paris is carving out her oeuvre. The Paris-based artist works in various artistic disciplines where she gathers images, items, ideas, and meaning to assemble each piece to something total. In doing so, she creates a new truth and beauty beyond visual habits.

At the core of her work is the collage. Amidst the various forms of her expression it is the technique she refers to consistently, putting together distinctive collage works out of snippets from magazines, brochures and sheets of paper she stumbles upon in everyday life. “Like many artists I don’t really remember when it all started and I feel like I’ve always done it. But more precisely, my first collage exhibition was at the age of 18. Naturally, my style has evolved with the years. In the beginning, it was rather noisy but gradually became more aerial.”

Compiled to easy yet complex arrangements, she builds small parallel universes where time, gravity, and proportions are suspended. The unusual and surreal becomes common, the trivial becomes hyper-trivial, unfolding unseen substance. “I work with whatever I find. I recycle. I keep snipes I like to be used in a later collage in folders – mostly organised by themes – hands, eyes, hair, materials and so on. Inspiration can be in many things – a detail I stumble upon, a colour, a book, an exhibition or music. Everything influences me, everything does make sense. It’s just a question of timing. I don’t believe in coincidences, I believe in rendez-vous.” 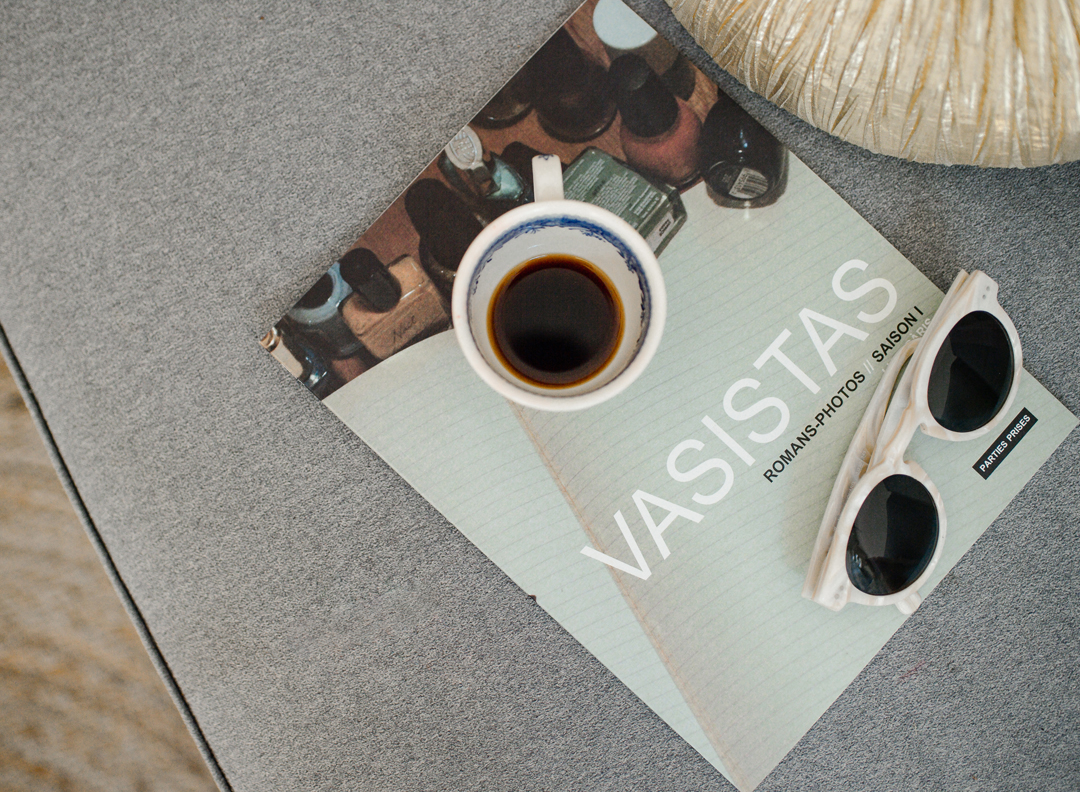 Based on the idea of the collage, in her online interview journal Le Café Matinal Lia assembles words to tell the essence of a conversation she had during one or two coffees. “’Le Café Matinal’ originated in the photo roman I was making back in 2010 called ‘Vasistas’. The concept was more fictional and not at all like an interview. Parisians often say ‘Let’s meet soon for a coffee’ instead of ‘Goodbye’. Coffee shops are also kind of an office to work and meet people. Creating photo stories again and meeting people I admire was an evidence. Of course, it doesn’t matter if you actually order a coffee or a tea or lemonade, it’s more about the moment.” The result are fascinating photo stories of talks she had with artists and creatives about their works, projects and expertise. Through the synergy of the visual and contextual appeal, her interviews accumulate to immediate experiences.

Beyond her fascination for the two-dimensional, where she operates as an artist and journalist with found images and words, Lia also works as a curator. Founded in 2015, her curatorial Instagram platform Shelves is dedicated to objects and their context. It takes place in her living room where she offers creatives one shelf to showcase items of their inventory and portfolio. 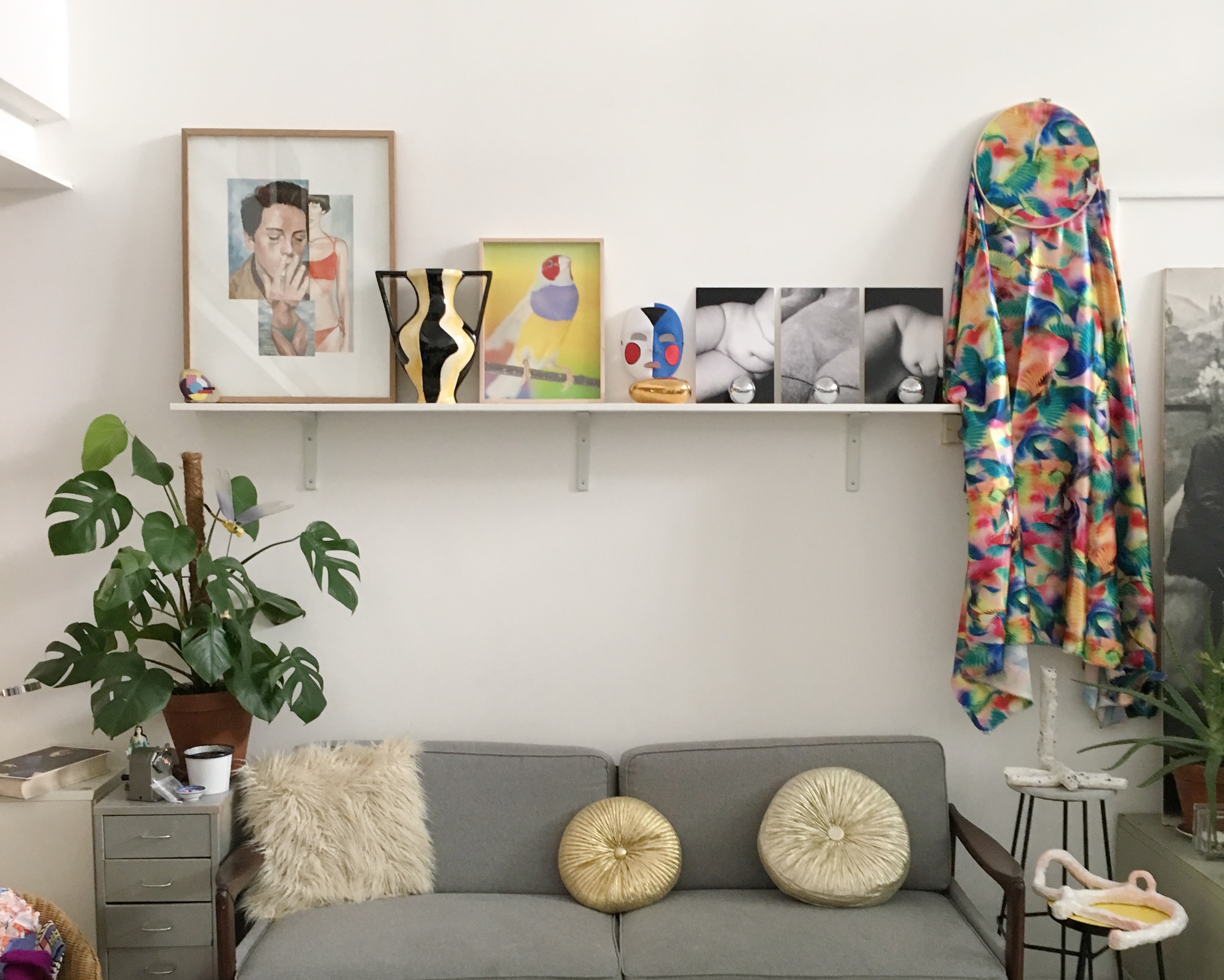 “At first, Shelves was launched in the lounge of my former flat. The concept was about the creative process itself and whatever inspired the artist I had invited. Since I have moved to my new atelier, I decide upon a theme and select various elements that I find relevant – an art piece, a vase, a book, a common object.”

It is captivating how Lia easily transforms a wooden board into a gallery space that can host a whole world of thoughts. “If we consider the shelf as an exhibition space, why not link it into ‘ready-made’. The amazing anecdote is that I live in Marcel Duchamp Street in Paris! Sometimes I organise a breakfast, a dinner or an aperitif. I like when people get to know each other and take time behind the screen. Sometimes it ends with a party.” Using Instagram as a tool of presentation, the private turns public again and the collage becomes more-dimensional.

“Each exhibition is unique and reveals many sides of the creative process. One I liked very much was the first exhibition of ‘Shelves’ that I curated in my new space. It was called ‘Curves are so emotional’, after a sentence from Piet Mondrian and it presented a new start for the project and for my own life. The point that Mondrian said about curves seemed really interesting to me – all these contradictions. On this shelf we found pieces from Karina Bisch, We Do Not Work Alone, Mathieu Vilasco, Paul Rousteau, India Mahdavi and my father Dada Rocha. Furthermore, the last Shelves show was an homage to him. We were really close, so making an installation for him meant a lot to me. It was easier to say with elements than with words. When you are an artist, you never die.” 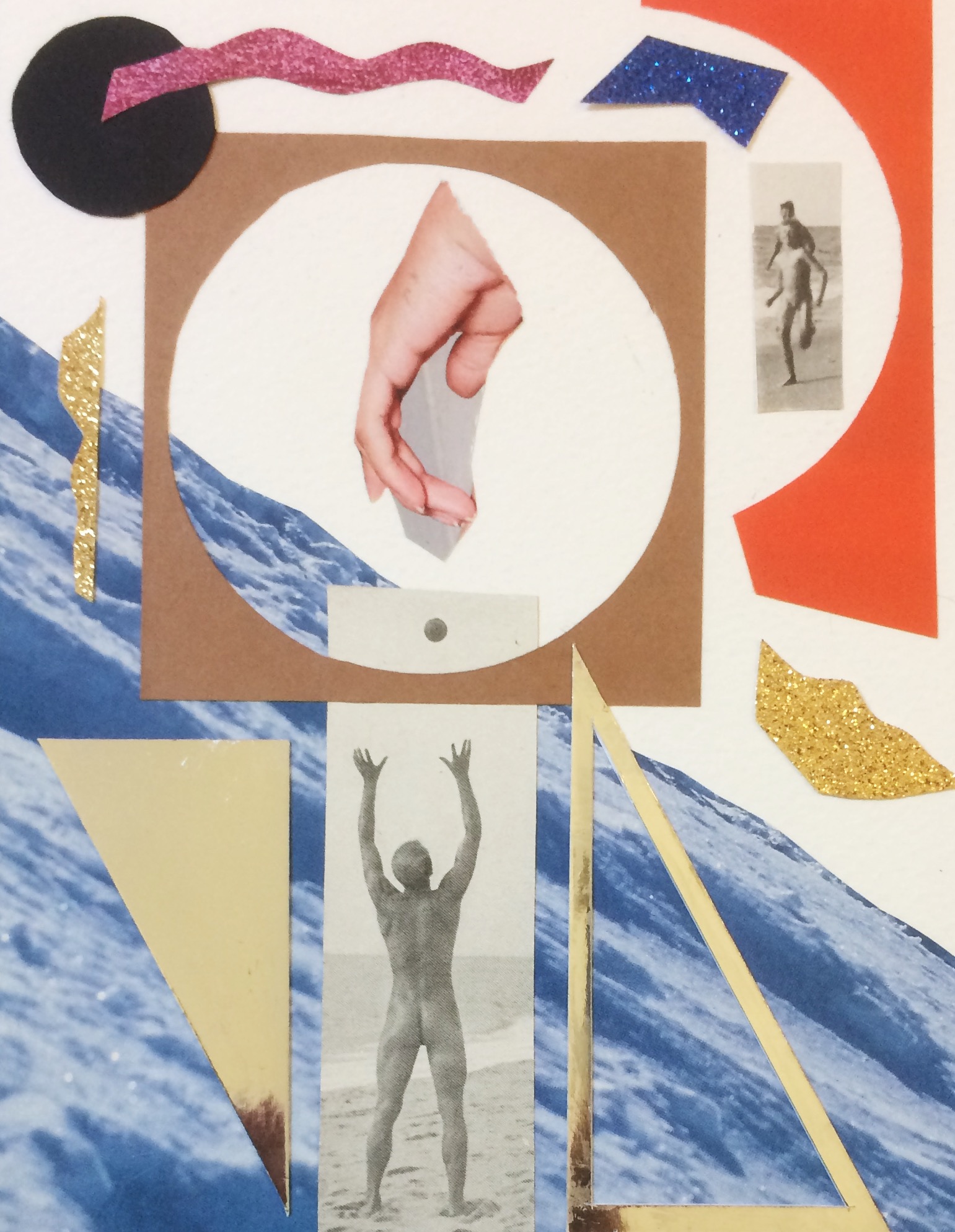 Half Portuguese and Swiss-German, Lia Rochàs-Paris grew up in the Parisian art world as the daughter of an artist and a contemporary dancer. Together with her daughter Liv, she lives in Chinatown where both enjoy the elation of art, costumes and dance.

“I was born in art. My father was an artist and my mother a contemporary dancer. I just fell inside. Nowadays, my daughter Liv is the source of my inspiration and helps me to prioritise my life. The two of us make a really great team! I think she has a similar immersion in art as I did when I was a child. Naturally, my daughter is trying to define what work is when she compares me to other parents. I have chosen freedom and creativity – it’s not so easy every day. This is why I would hope for her to be her own person with her own choices. Today she enjoys dancing, drawing and making collages – like every child I guess! I believe the most important thing is to live in the present.”

A collage can be defined as “A piece of art made by sticking various different materials such as photographs and pieces of paper or fabric on to a backing.” Lia Rochàs-Paris proves that life itself sometimes appears to be a collage – and it is in one’s own power to add layers of the extra-ordinary. 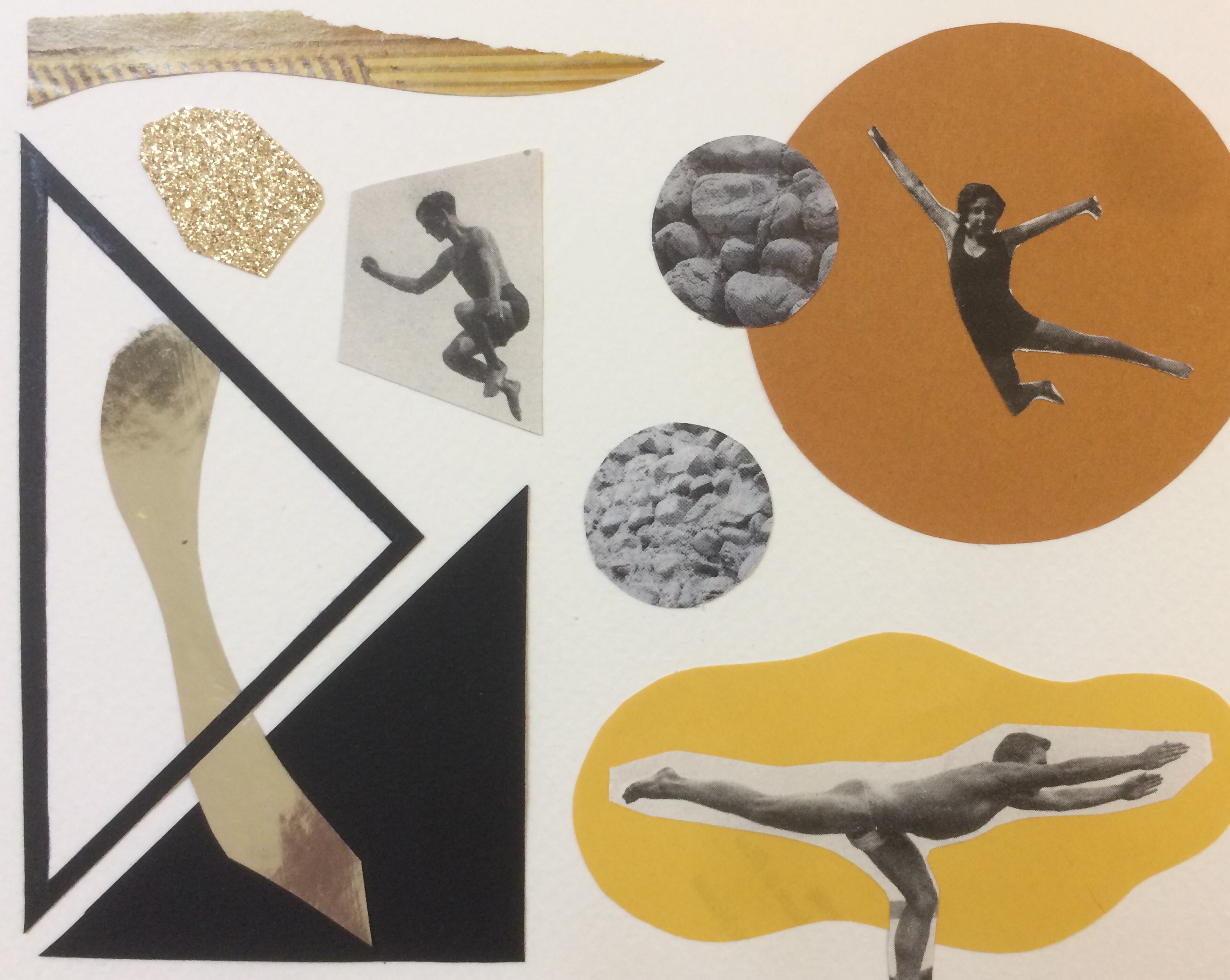