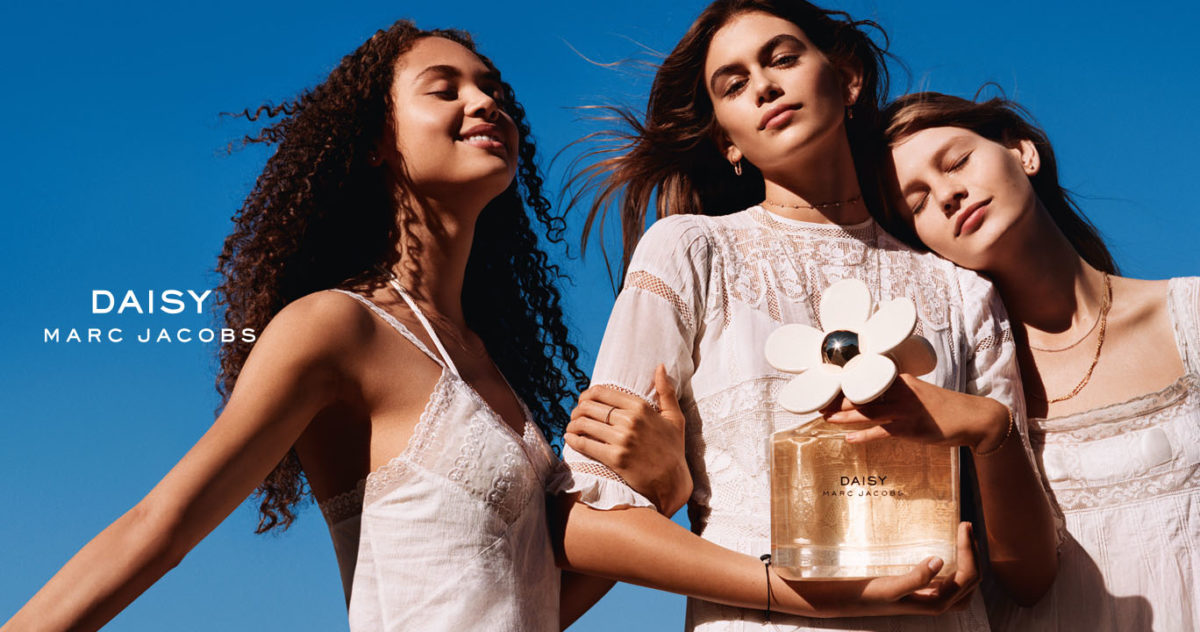 When your mum is no one else than supermodel Cindy Crawford, it is rather expected that the good genes will run through the family. Marc Jacobs surely has spotted Kaia Gerber’s familiar beauty, and has chosen her as the face of “Daisy”, his newest fragrance. Shot by legendary photographer Alasdair McLellan and with Katie Grand as a creative director, Crawford’s daughter is, at only 15 years old, already playing with the big boys in this highly anticipated campaign, to be released worldwide in April. But Kaia Gerber is not the first celebrity’s child to hit the spotlight, a trend that is getting bigger this year especially for beauty campaigns. Here we take a look at 5 “daughters of” that are starring in SS17’s campaigns. Lily Rose Depp for Chanel

The child of dream couple Vanessa Paradis and Johnny Depp took the fashion world by storm a few years ago, Chanel’s beauty line. The 17 years old has already a few prestigious covers on her CV and has recently starred in French movie “La danseuse” along with some of the most renowned names in cinema. Iris Law for Burberry

Me for #burberrybeauty thank you @burberry

If this is your last name, you are right. Iris Law is the daughter of actors Jude Law and Sadie Frost. With a good heritage, it does not matter. This looks like a unique student has a promising career ahead of her! Georgia May Jagger for Pepe Jeans

London’s favorite it girl Georgia May Jagger has been modeling for a couple of years already, walking for the likes of Balmain, Chanel and Isabel. With rock’n’roll dad Mick Jagger and model mum Jerry Hall, Georgia is the perfect mix of ethereal beauty and rock attitude, and scores the SS17 Pepe Jean’s campaign. Bella Hadid for Moschino

The brunette of Hadid’s sister has made a big impact on fashion, walking most of the shows and being on the cover of most magazines last year, not surprising when your mum is yet another model, Yolanda Hadid. Amongst other contracts, this Moschino campaign is definitely another big step in her modeling career. Gigi Hadid for DSQUARED2

One can not talk about Bella Hadid without mentioning her likewise famous sister Gigi Hadid. Gigi actually started modeling way before her sibling, at the tender age of 2 years old for Baby Guess. Since then she has been named International Model Of The Year by The British Fashion Council in 2016, has walked for Victoria’s Secret and is now the face of this new DSQUARED2 SS17 campaign.