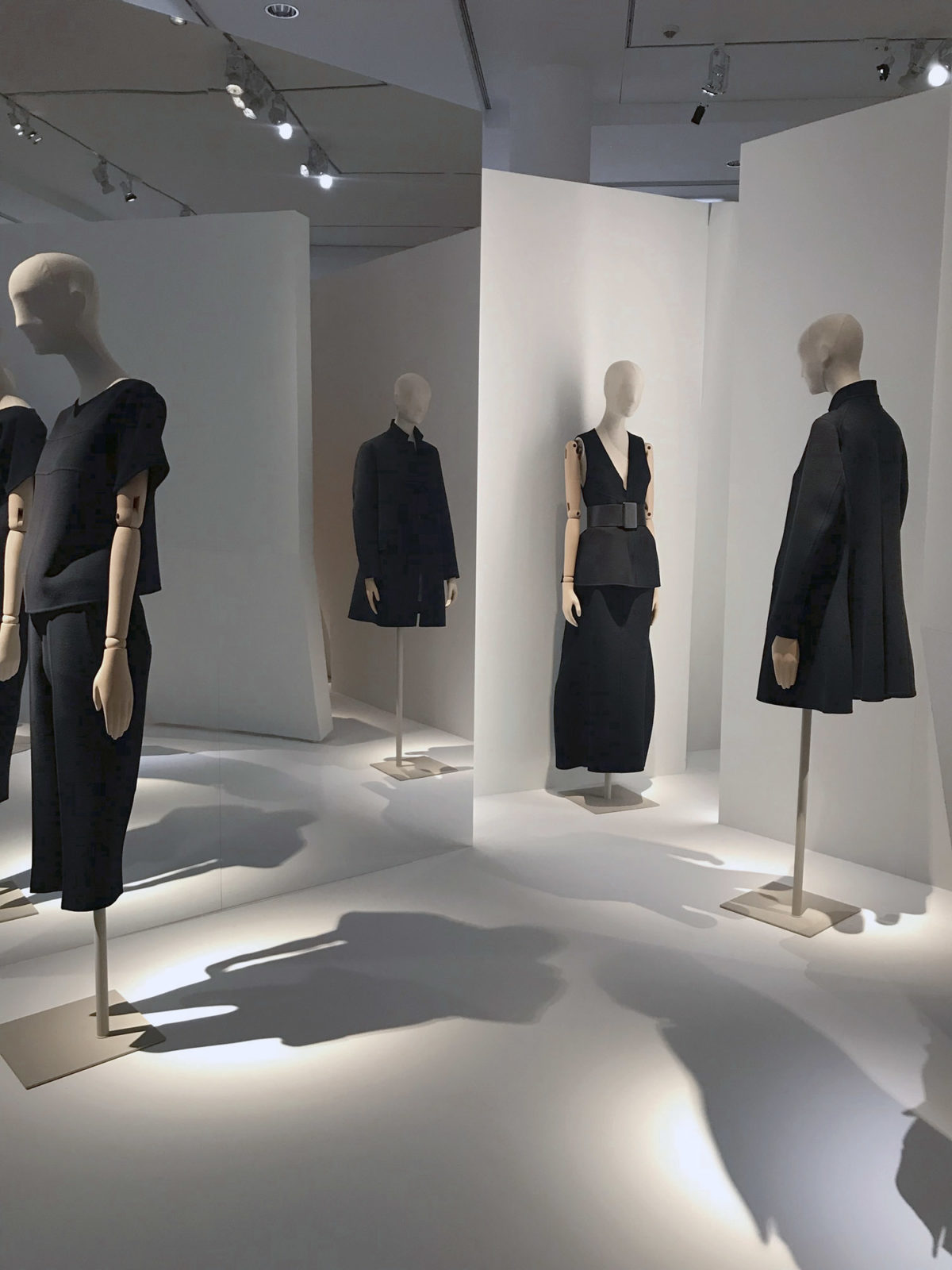 From November 4th, the Museum Angewandte Kunst in Frankfurt presents the very first solo exhibition of Jil Sander. The retrospective curated by the German designer herself and museum director Matthias Wagner K is much more than just a show of her work. It is an invitation into the universe of timeless elegance.

Jil Sander is both a legend and a secret. The designer and business woman, who founded her company in 1968, is one of these very few people in the fashion industry, that prefer the solitude in private life much more than fame and glamour. So it did not really surprise that even on the launch day of her globally first solo exhibition the 73 year-old allowed press, photographers and guests only a short glimpse of her person. All the more the retrospective, which takes place from November 4th 2017 until May 6th 2018 at the Museum Angewandte Kunst in Frankfurt, carries her thumbsprint in every detail. Jil Sander and the museum worked together very closely for the huge and unique project. This might be one reason, why the exhibition at the end became much more than just a retrospective of her work. 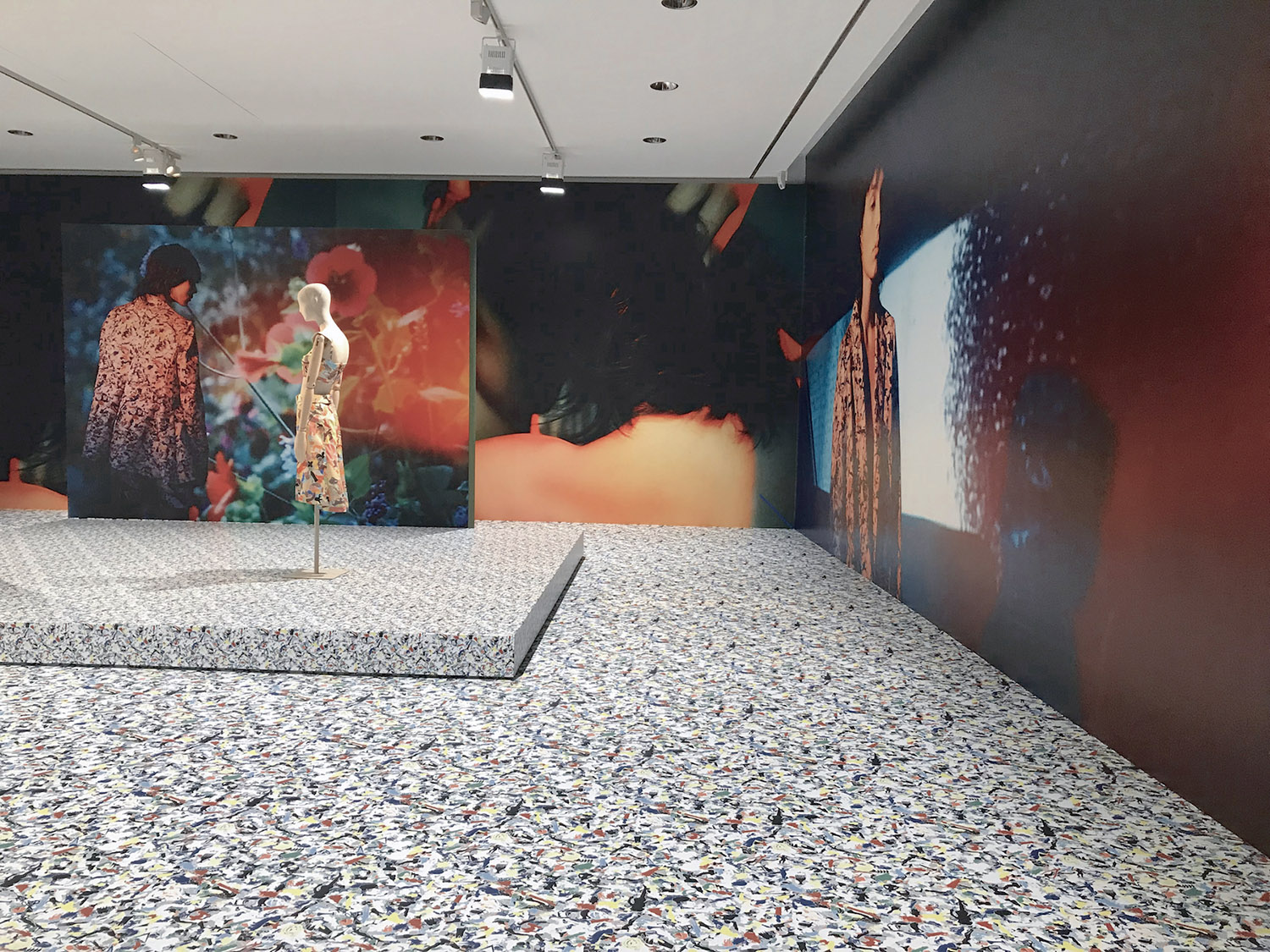 The title chosen by Jil Sander herself claims the message best: “Präsens” (Engl. presence) appears like a rare and very special invitation into the universe of a shy, genius mind. A universe, which not only includes fashion and fragrances, but also interior design and gardening. A universe, which is absolutely timeless, not only on the design aspect. “My aesthetic ideas develop out of what I have appreciated and learned in my life and what I sense of the zeitgeist,” the designer states, “I’m interested in the new, in what will come.” The exhibition passes on year dates, simultaneously the visitor is immediately absorbed by entering the 3,000 square metres of exhibition space at the Richard-Meier-Building. On the first floor, we start our wandering by sitting down and watching several screenings of Jil Sander fashion shows. Three displays involve our total awareness. The surrounding is dark, but appears endless because of a number of mirrors. Then we take a step back – or better to say backstage. The light-flooded exhibition area becomes an atelier, where we follow Jil Sander on creating her brand and some of her most famous styles. By browsing on her notes and the different textiles the fashion label is famous for, we learn the formation of her design from the first stitch to the finished look, while standing face to face with the tailor’s dummy. If we wanted, we could even touch it, no display case needed. Maybe the designer never allowed a more intimate look into her mind and on her workflow.

On the second floor the exhibition continues and also breaks in with some surprises, when we learn about the very playful side of Jil Sander. Besides a range of campaign photographs, including pictures of Amber Valetta and the well-known portraits of Jil Sander herself taken by Peter Lindbergh, her work in landscape and on the field of interior design comes to life. Further pieces of her 2014 collection inspired by the colourful patterns of Afghan embroidery evolve a completely new perspective on the designer’s work. Not only that they appear unusually dynamic and expressive. The effect is enhanced by the presentation itself, when the dresses seem to disappear into the interior design of the room. 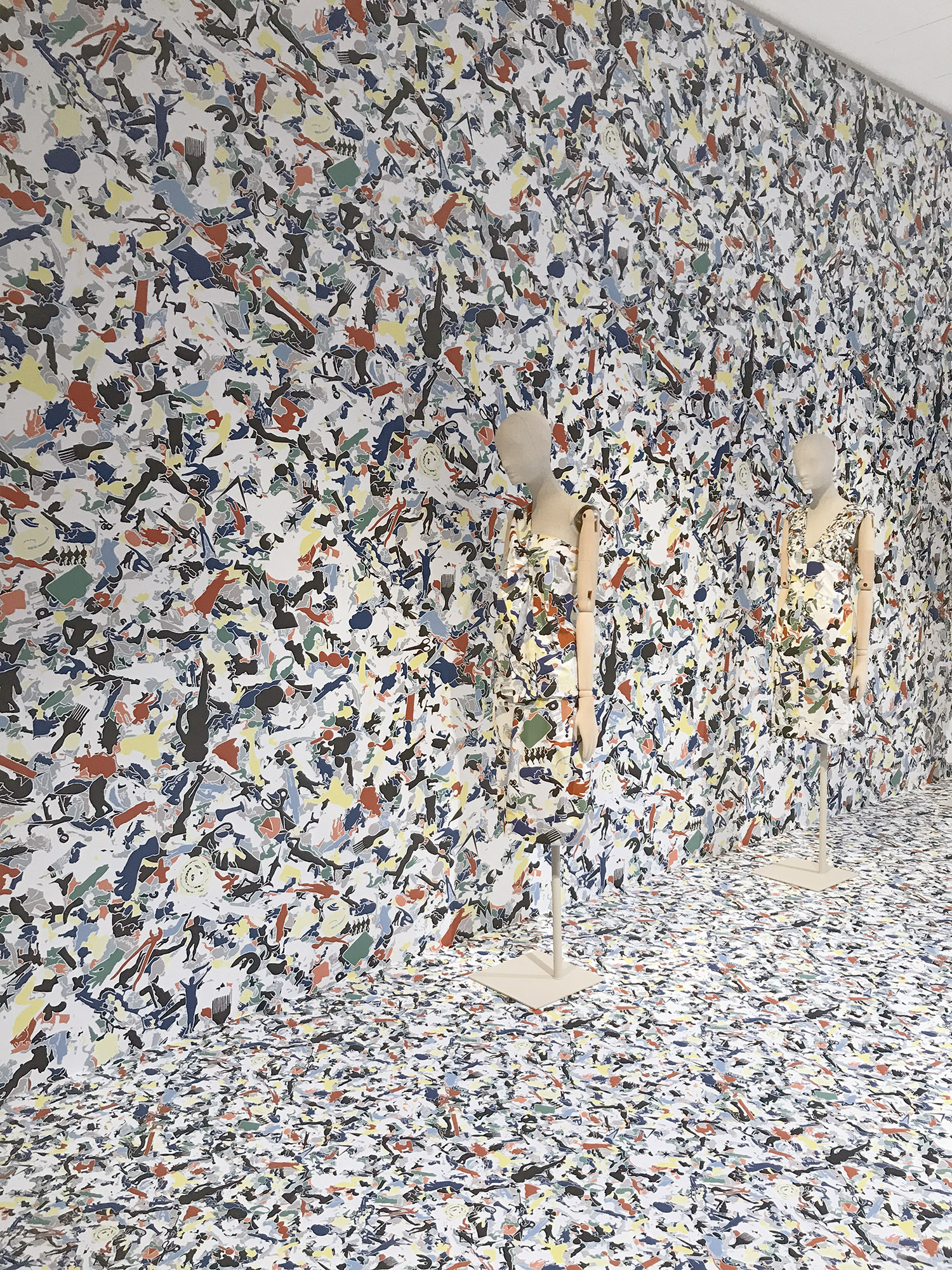 And this finally closes the circle. Invisibility has always been an important characteristic of Jil Sander. One, that significantly helped create her aura and shaped the quality of her work. By the disappearance of her person, the design moves into the center of attraction. The intricacies of the materials become evident – something Jil Sander, who is meant to be the creator of the so-called “Zwiebellook” always lead a focus on. Hereby the alleged reluctancy can finally unfold its whole effect. “Opulence occurs in the quality of the material,“ Jil Sander once said. Her clean, pure and timeless looks, which are mostly based on a monochrome colour palette of black, off-white, cream tones and dark blue combine straightforwardness with soft elegance and a vibrant, feminine note, which not only fits the woman’s silhouette perfectly, it much more creates the epitome of a strong and confident but also timeless elegance femininity, which no longer needs extra decor and glitter glamour. Such a woman the 1943 born Jil Sander, who started her career by the age of 24 embodies herself. She’s a creator, a business woman, a sensitive artist and a storyteller – the exhibition is the ideal homage to one of a kind and one of the most important heads in the German design sphere. 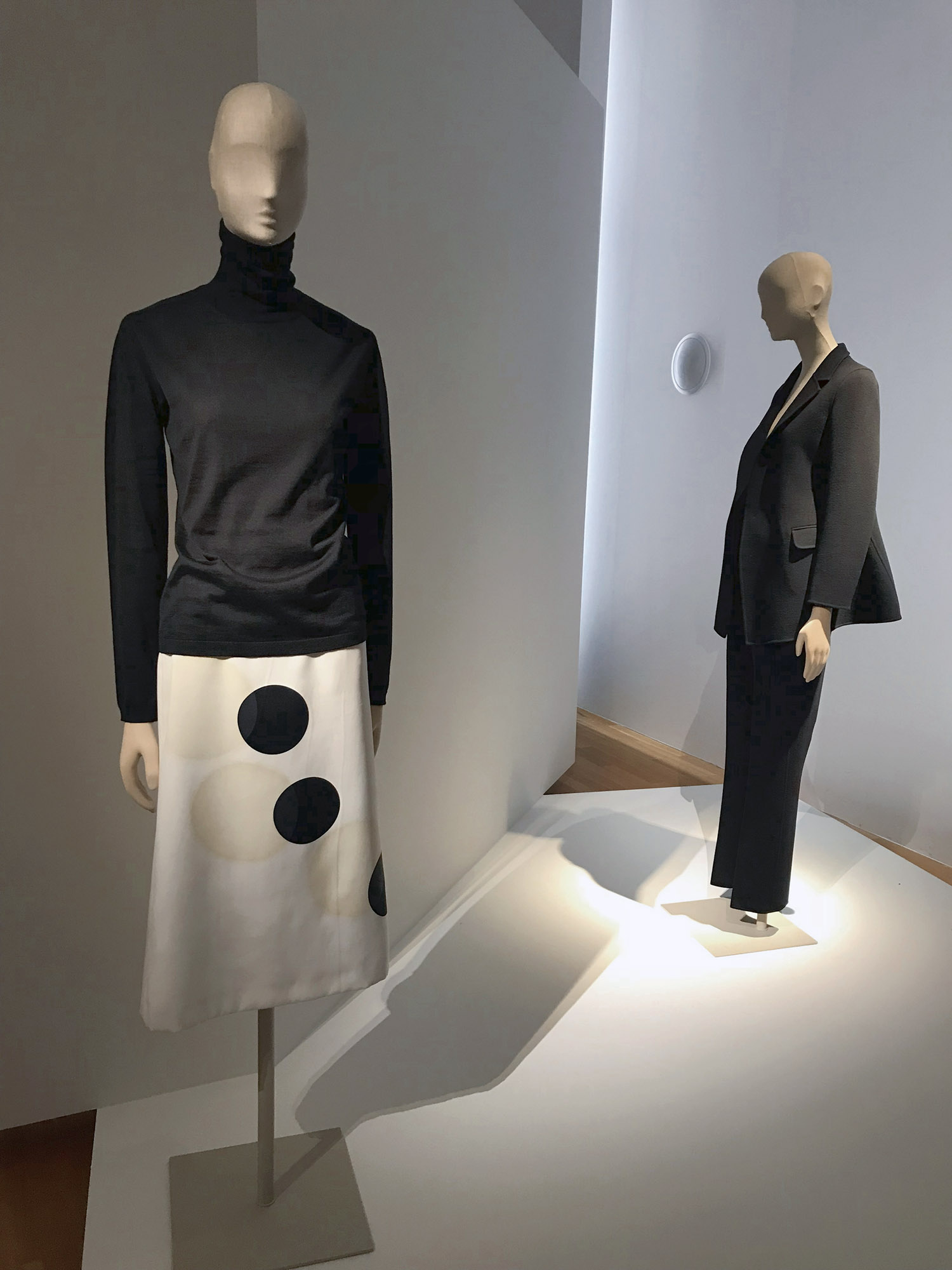