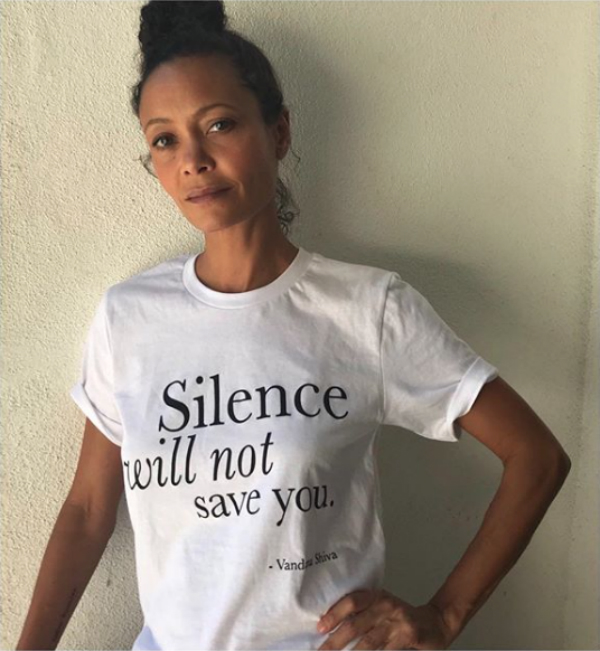 WHAT THE HARVEY WEINSTEIN CONTROVERSY SAYS ABOUT THE STATE OF EMANCIPATION

Six days ago, on the 5th of October, the New York Times released an article triggering one of the biggest reveals in the film industry in recent time – eight women spoke out about being sexually harassed by film producer Harvey Weinstein, one of the most influential figures in Hollywood and part of films like “The King’s Speech” or “Pulp Fiction”. For over twenty years, Weinstein is said to have set up “business meetings” with aspiring actresses, asking them to give him massages or watch him shower. One of the reasons none of his victims has come forward by now is because he paid them off to keep quiet – and because he is one of the most powerful people in the film industry, a primary example of how, most often men, still use their influence to disempower women.

The uproar that followed the New York Times’ article also made a distinct point for how this is not just a problem of the film industry, but of a lot of parts of pop-culture and business in general. Although it were mostly actresses who spoke out about Weinsteins’s behaviour, their immediate connection to the fashion world be it through red carpet dresses or brand ambassadorships, as well as music and entertainment in general, quickly lets this incident make far broader waves than just Hollywood.

The woman who chose to speak about their experience of harassment by Harvey Weinstein deserve our awe. It’s not fun or easy. It’s brave.

Amongst the actresses who have since come forward saying they also have been victims of Weinstein’s actions are Gwyneth Paltrow and Angelina Jolie, with Jolie calling them “unacceptable” in an email to the New York Times. Lena Dunham in a tweet praised the bravery of the women who have by now come forward, while Kate Winslet in a statement published on Variety described his behaviour as “disgraceful and appalling and very, very wrong.” And while Meryl Streep equally addressed the topic in a statement, describing the women speaking out as “heroes”, she also adds that his “behaviour is inexcusable, but the abuse of power familiar.”

Which brings us right to what this incident says about the current state of liberation in the first place – because although many of the actresses now speaking out claim they did not know about Weinstein’s behaviour prior to the New York Times’ article, there still are as many sources addressing that his actions were an “open secret” in Hollywood – known by many, and not addressed by all of them.

Because as far as emancipation may have come, if the person disregarding women’s rights is a man in power, a lot of people still seem to rather keep quiet. And this is not addressing the long silence of the women who did experience Weinstein’s harassment themselves, but the many many people in the know of his actions who chose to not address the wrongness of them in any way it seems.

While some people have since distanced themselves from Weinstein – with his company throwing him out and his wife separating herself from the producer – there also is a huge part of the industry continuing to keep quiet. One of the few men addressing the accusations were George Clooney, calling Weinstein’s behaviour “indefensible” in an interview, as well as Barack Obama who says he and Michele have been “disgusted” by the news in a statement.

As more and more people started speaking out about the topic, there also was more and more evidence revealed, with a tape being discovered by the New York Times in which Weinstein says he is “used” to harassing women, as well as more and more controversy added. Donna Karan in a red carpet interview with the Daily Mail said the women might be asking for it by often dressing so sensually and sexually, which has been followed by a wave of critique towards the fashion designer.

With women still criticizing women for their behaviour and the way they dress, and a lot of people not addressing inequality and harassment as it happens right under their nose, women might be increasingly fighting for their rights at the moment, but it still is a pretty persistent and deadlocked force they are up against.