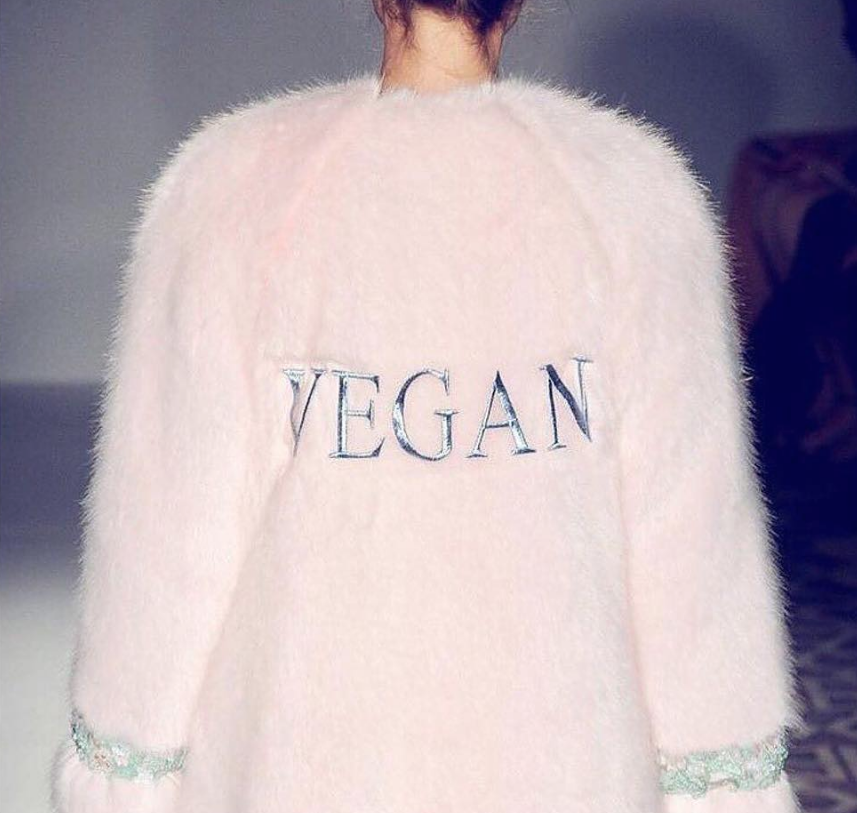 HOW FASHION IS HEADING FOR A FUR FREE FUTURE

As we make our way through fashion weeks around the world, it’s clear that a fur free mindset is becoming ubiquitous on runways and in collections from the world’s top designers. In October 2017, Gucci was the latest big designer to change its ways under the pressure of a new age of ethics. Stella McCartney has been making leather free shoes and bags since she began her brand and Vivienne Westwood took the pledge in 2007. But for Gucci, their iconic use of fur makes it an even bigger leap. Whether through flour bombing the Kardashians or the plaintive tones of Morrissey’s iconic Meat Is Murder, finally things seem to be evolving.

Living in a zeitgeist of self-education and awareness on situations outside of our individual bubbles, we are invited to check our privileges, beware of fake news, and be alert about injustices everywhere. In a post-internet world, the global psyche makes us consider interconnectivity and engage with our planet in a new way – I am hesitant to use the word “guilt”, but with it comes a sense of responsibility toward the fragile planet we inhabit. The world is showing us the fallacy of the notion that it belongs to us, when we have forgotten that its the polar opposite.  When it comes to humans categorising themselves as above animals (just because they can) the people pushing the “sentience” argument for fur are the same people skinning baby animals for coat linings – as PETA says “When it comes to pain, love, joy, and fear, a rat is a pig is a dog is a boy.”

Stella McCartney has long been advocating fur free fashion and prevention of animal cruelty in the industry. When she opened a show with her first use of fake fur she said that because “modern fake fur looks so much like real fur, that the moment it leaves the atelier no one can tell it’s not the real thing,” going on to say that young women, it seems, don’t even want the real deal. PETA has been running since 1980, and even before that celebrities like Doris Day and Mary Tyler Moore were campaigning for change. In the present day, we have Netlfix running exposes and documentaries like “Food Inc.” and “Earthling”.

But with the fashion industry turning heads to the positives, people forget to address the long list of ethically questionable ways in which the industry conducts itself. Making steps to treat animals better, but what about people? With the world of internet shopping, instagram trends and fast fashion, people from developing countries – primarily women and children – are still forced to work inhuman hours, in poor working conditions. Everyone knows this, but its rarely brought to our attention, unlike in the case of ZARA customers finding pleas for help sewn into the lining of their clothes.

One tragic example of this total mistreatment we actually heard about was the Rana Plaza garment factory collapse in Bangladesh – a supplier of clothes for Bonmarche, Monsoon Accessorize, Mango, Matalan, Primark, and Walmart. Thousands of workers were in the building when cracks started to appear. The bosses ignored the situation and told people to continue working. Many people lost their lives, yet the companies escaped with barely a scratch to their name – but what do we care? We see a screen, the object of desire, and a virtual button that can fulfil that desire for a very small price. The piece arrives. We wear it for that party, making sure to catch a selfie, then throw it to the back of the closet, or we keep wearing it and watch it disintegrate through its poor quality.  These retailers rely on our addiction to new things, to consuming more, to the latest trends from Instagram to gobble greedily away at these sites from our office desks, or in bed at night – while blithely burying our heads in the sand. Vivienne Westwood’s immortal words ring in my head: Buy Less. Choose Well. Make it last.

With the list of fur free designers increasing though, we have to believe that this new age of social conscience is honest enlightenment, and more than just a trend. There was a time when humans probably relied on fur to survive the climate, but as we endanger the worlds oceans with plastic pollution, and land animals rapidly disappear, can we still excuse killing for an item of clothing? Cruella DeVille may have been cute in the ’90s, but 2018 is a different story.