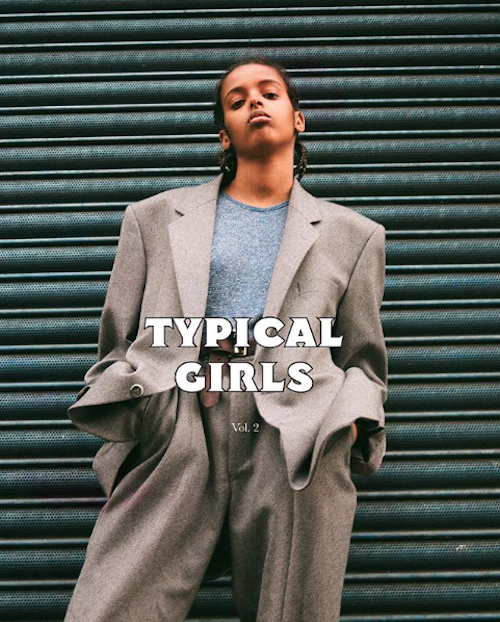 FEMALE FOUNDED ZINES YOU SHOULD KNOW ABOUT

The rise of independent publishing has fostered a new breed of female founded publications. The research department at City University revealed some ghastly statistics that the industry was found to be 94% white, 86% university-educated, and 55% male, highlighting the absence of diversity in the media. What has caused this surge in female founded zines? The internet. Cheap digital tools and online communities mean that no longer do you need a bulging budget to launch a magazine, you can make your idea a reality with just a laptop and a crowdfunding page.

As intersectional feminism gains momentum, and the movement starts to appreciate that not all feminists fit into the ‘white, middle class, cis-gendered and able bodied’ mould, the female-founded zines space has also flourished to include something for everyone. Ultimately, there are more women curating boundary-pushing content, publishing on their own terms, and controlling every element of their message. The rise of female-led zines is challenging the common perception of women’s magazines as vapid entities that merely cover celebrity gossip, makeup tutorials, and diet recommendations. Here is a list of our favourite all-femme zines that are illuminating the importance of the female voice and sculpting the arena for a new generation of women’s magazines. Print is definitely not dead, it has been reincarnated in female form – powerful, diverse, and unabashed.

The brainchild of a rotating group of Oxford University students running a feminist collective in opposition to the oppression, subjugation and degradation of women in its many guises. The sensational name protests against the male gaze-based representation of middle class white women upheld by Country Living magazine, whilst simultaneously reclaiming the term ‘cunt’ to sculpt a new feminine that is unapologetic, radical, and confident. Inside you will find poetry, journalism, and artwork encouraging radical conversation around feminine issues.

This collective is strictly anti-capitalist, fundraising for the money to print and distribute zines and never selling them. In doing so, they withstand the interference of major companies who are profiteering off of the growing interesting around feminism in popular culture. Whilst feminist ads may seem like progress for the movement, Angeli Bhose from Cuntry Living is quick to note that it primarily aids the interest of already-privileged females, doing nothing for the cause of poor, queer, non-professionalised women or women of color.

This zine is an alternative women’s zine committed to dispelling the myth that there is such thing as “a typical girl”, celebrating the beauty of diversity. Founders of the collective destroy the parameters of womanhood and boldly rebuild them, championing the female voice as multifaceted with no single wrong or right way to be a “female”. They create a safe space for all women to showcase their art and share their medley of experience, promoting conversation around female issues. This is a zine bound with love and devotion, a timeless work of art that stands as a true expression of the power of the female voice when working together.

Sula Collective is an online magazine for and by people of colour, a platform for people to share their experiences, unleash their creativity and write freely in a safe space that is free of judgement. This online zine amplifies voices of contemporary artists, writers and thinkers of color. Founders Kassandra Piñero and Sophia Yuet See attribute the creation of their zine to a disillusionment with the media landscape, specifically the absence of creative platforms available for people of color and the lack of equal representation. Their presence both online and offline brings people from multiple diasporas, religions, and cultures together to create an agonisingly important stand against racial oppression. Expect an abundance of innovative content ranging from photography, design, and writing.

A magazine made by women united by their desire to subvert the male gaze, profiling bold and fascinating women whose achievements speak for themselves. Their selection of unapologetic interviews are a breath of fresh air in a space dominated by media trained responses. Women converse openly about their successes and failures, their work, their passions, and their perspectives. Riposte is a treasure trove of creative intellect, covering a broad range of issues including art, design, music, business, innovation, politics, food and travel.

The Mushpit is a breeding ground for creativity and beauty from the front to the back-page that rose out of an East London flat-share inspired by the 90s anarchic mag Cheap Date. Each issue is focused on the crises that plague founders Bertie Brandes and Charlotte Roberts, with the most recent issue exploring the post Brexit climate, aptly titled “The Crisis Issue”. The fiercely political, yet endearingly humorous publication even includes a multiple choice quiz dubbed “What type of leftie are you?” and fake ads urging you to free your vagina from the uncomfortable, moose-knuckle-inducing grip of denim jeans. This zine is incredibly relatable for the female millennial navigating through the trials and tribulations of modern life, so don’t expect models of the moment plastered on its pages.