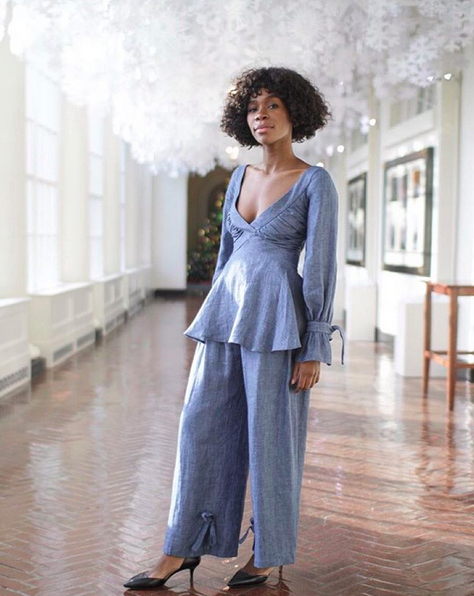 The quantitively poor representation of POC in the fashion and beauty industries has always been and, unfortunately, still is disappointing. Whether we look at magazine covers, runways or billboard ads – too many brands still haven’t quite figured out how and why a diverse cast of models should be a crucial part of a well-functioning, forward-thinking company. Especially if we consider the fact that the world we live in today is more obsessed with self-display than it has ever been before. It is our collective task to make sure every sex, every shape and every shade is given a platform, a voice and a face. Someone to identify with, look up to, and reassure ourselves about what we’re worth – particularly in times like these.

But problems revolving around representation don’t start or stop with advertising. As a matter of fact, more often than that, these issues stem from things past what we as consumers are able to perceive at first glance. That being said, it seems ironic that some of the hottest players in the game are not only POC, but are also deserving of way more credit and success than they’re given.

So, we find it all the more important to shed a light onto those people working off-camera. Those whose own face might not be focal point of an editorial. But those whose presence in, and cultural influence on their craft is equally as vital to proving a brand’s overall sincerity and significance to minorities. We curated a small list of our current  favorite black fashion designers. Have a look, below.

After having previously worked for names such as Proenza Schouler, Donna Karan and Oscar De La Renta, it is no surprise that Parsons-graduate Carly Cushnie is at the forefront of leading ladies in the fashion industry. One half of coveted New York City-based design duo, Cushnie et Ochs, Carly has enchanted the world with her interpretations of modern femininity, combining form-fitting, impeccably tailored silhouettes with bold cut-outs and sexy asymmetry. Clients include Dakota Johnson, Blake Lively, Khloé Kardashian, Lupita Nyong’o, and former First Lady Michelle Obama, to name only but a few. Following their most recent stint at NYFW, Carly Cushnie and Michelle Ochs announced that the latter would be departing the label they’d founded together to great acclaim back in 2011. While that is very sad, we can’t quite hide our excitement for what is yet to come.

Born in Haiti and raised in Atlanta, Savannah College of Art and Design alum Azède Jean-Pierre and her namesake label came to prominence back in 2012. The brand, described by the designer herself as a fusion “between fashion and art, femininity and edge” and “a women’s ready-to-wear label for the intellectual, quirky and sophisticated free-spirit”, combines elements of nature-inspired ease and contemporary urbanism—a juxtaposition the designer is more than familiar with, given her upbringing between island life and downtown rapidity. Aside from crafting beautiful clothes, Jean-Pierre is an avid philanthropist and a self-proclaimed ambassador for causes surrounding health and labor issues in developing countries, and sustainability. Amongst others, Naomi Campbell, Edward Enninful and Solange Knowles are already fans of the brand. So it’s about time you became one, too.

Siblings Darlene and Lizzy Okpo first emerged as William Okpo back in 2010, drawing attention from Opening Ceremony-founders Carol Lim and Humberto Leon for their debut collection. Since then, the pair of two has gained recognition for being amongst some of the most exciting ready-to-wear newcomers in recent years. Their line is named after their father who came to the States from Nigeria in the 70s. A man who, according to the energetic sisters, is always dressed to the nines. The Okpo girls consider their aesthetic to be a product of multiculturalism. A mix of modern American sportswear and daring, Africa-inspired characteristics.

Haiti-born fashion designer Stella Jean may be fairly new to the game, but has long surpassed the up-and-comer-status. The Rome-based mother of two first dabbled in fashion as a model before taking a shot at designing. A risk worth taking, as the college dropout later went on to win a 2011 talent competition held in partnership with Rome Fashion Week and Vogue Italia. This led to her catching the eyes of true fashion royalty: Fashion critic Suzy Menkes and mega designer Giorgio Armani, both of whom actively participated in getting Jean’s career kickstarted. Today, Stella Jean regularly stages her shows in Milan, sources sustainable materials and supports developing communities worldwide. Her creations are probably best described by the world “eclectic”. The lovechild of classic Italian opulence and Jean’s personal richness of ethnicities.