When designer Jeanne de Kroon was first travelling through Nepal during her philosophy studies, getting to know the country’s people and their craftsmanship, a local woman invited the native Dutch into her home and dressed her in a traditional blouse – saying that the garment will give her superpowers. Boosted and inspired by that experience Jeanne quickly decided it was time to set up her own label Zazi Vintage in 2016 – her goal being the support of women like the one she met in Nepal and the possibilities of collaborating with others in need to provide the fairness and freedom they deserve.

To fulfill that quest, every one of Zazi Vintage’s handmade garments is being produced in a healthy work environment by women of non-governmental organisations in India and Uzbekistan, with a pay that guarantees them a life above the local poverty line. Solely using local traditional or vintage materials, the designer also ensures that no entirely new garments have to be made but rather focuses on improving and supporting the unique craftsmanship. 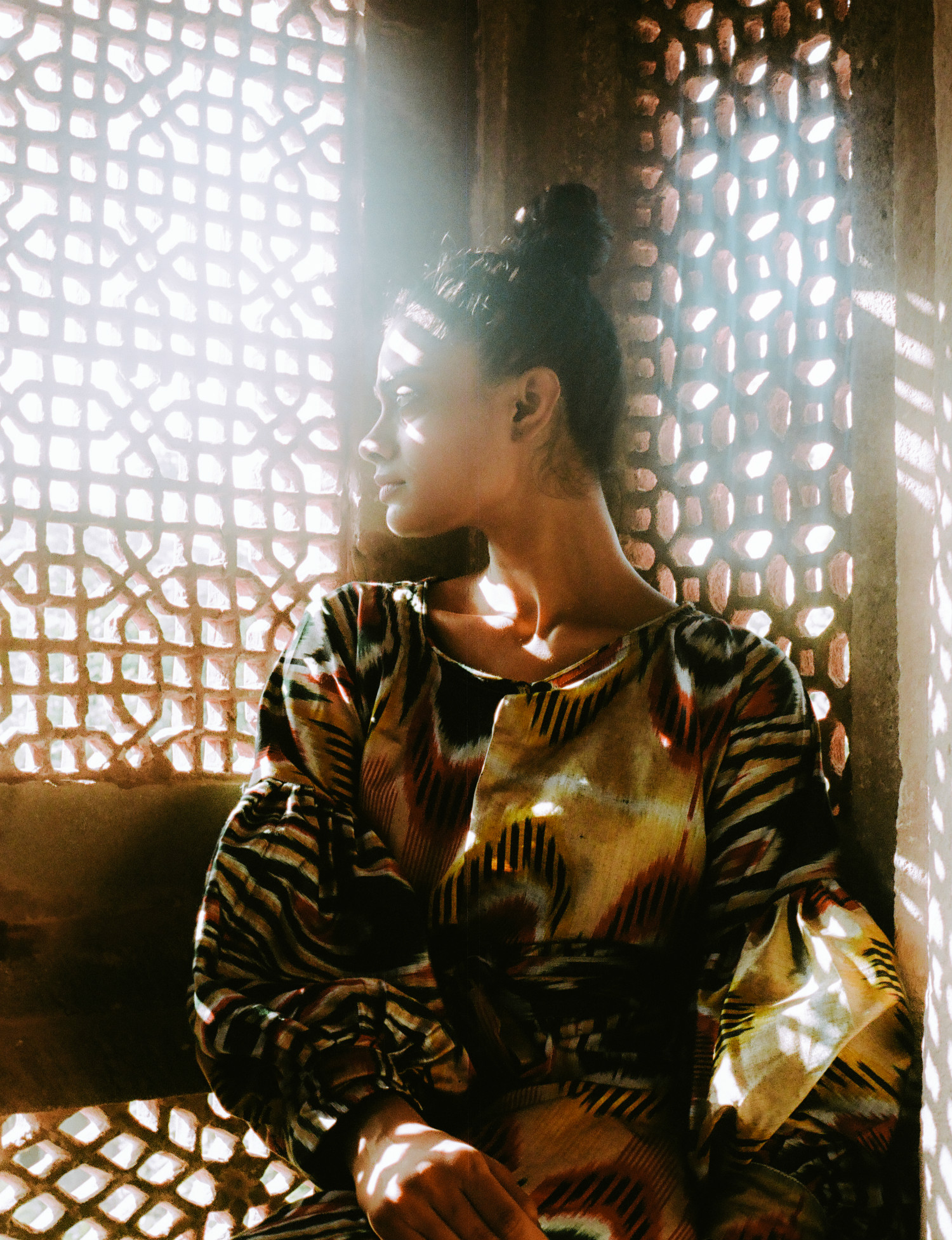 With each of Jeanne De Kroon’s collections constructed like a new chapter in her on-going journey towards a more sustainable and ethical fashion cycle, Zazi Vintage now is telling its story in its fifth edition, titled “The Silk Road” and reminiscent of dresses made out of the traditional Ikat weaving technique. While the inspiration is drawn from the craftsmanship of India and Uzbekistan Jeanne’s progressive take on sustainable fashion roots from her free spirited upbringing in Den Haag, with a fashion journalist as a mother and a documentary filmmaker as a father.

Later having a career as a model and first hand experiencing the inner workings of the industry, Jeanne for the first time realised her path shouldn’t be the one in front of the camera but rather one travelling to the countries her clothes origin from, speaking to the women making them, and ensuring a just way of working and living for them. Since then, the designer uses her sense for equality as a driving force in bringing the fashion world and its participants closer together garment by garment, with bold designs and an even stronger message.