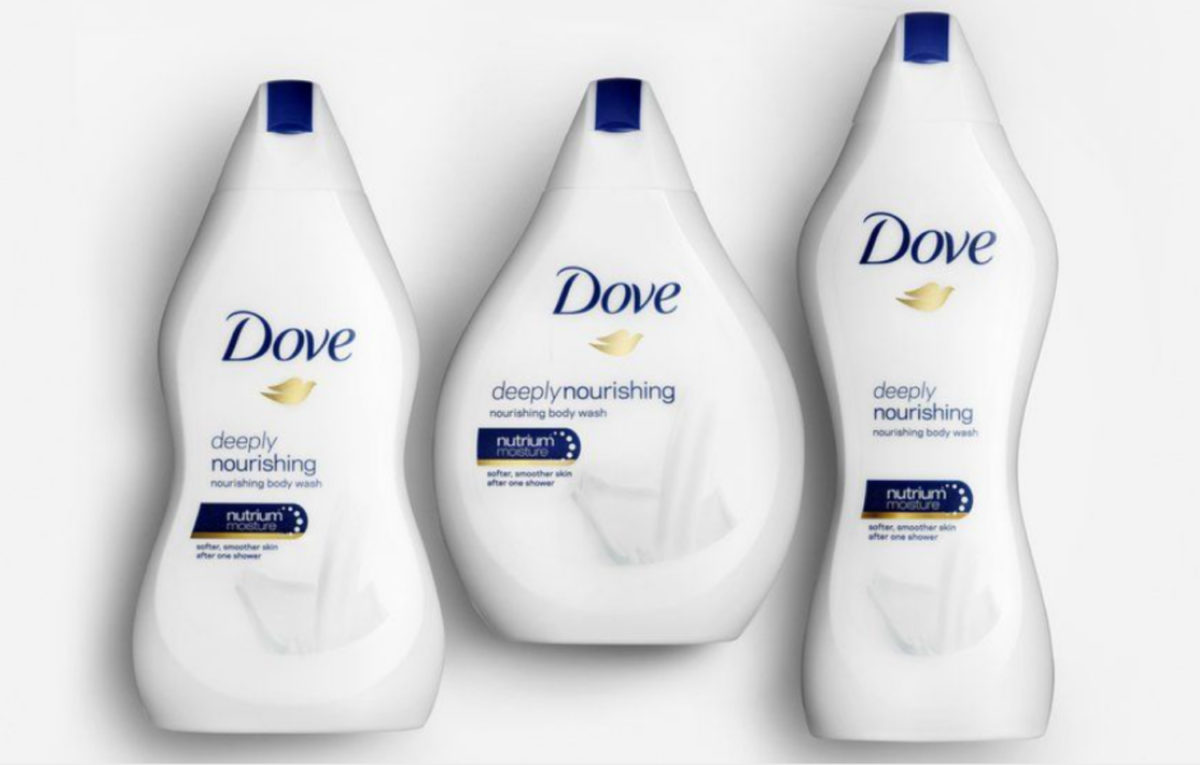 THE PROBLEM WITH “BODY-POSITIVE” DOVE BOTTLES

Body positivity has, just over the course of about a year, become one of the most talked about topics in media. Instagram is filled with pictures of strong women, unafraid of depicting their bodies in all of their various shapes and forms. Artists like Camilla Engstrom and Polly Nor, for instance, use their illustrations to show the world hilariously relatable and accurate images of how they perceive certain themes and emotions.

While we have been trying to steer things in the right direction ever since the beginning of the “fat acceptance”-movement back in the 60s, it seems the fashion and beauty industries still haven’t quite acknowledged and/or accepted the fact that they need to create products for different people, different mindsets, and different bodies.

A few companies however, have (slowly but steadily) evolved in terms of promoting diversity amongst their consumers. One of these is personal care ad toiletry brand DOVE. Their 2004 cosmetics-campaign was one of the first major advertisements featuring, as they put it, “real women”, as opposed to super skinny models.

Now, over a decade later, DOVE still keep up with their ambassador-status for body positivity. Aside from “real women”-ads and other well received marketing techniques, they also shy away from using the term “models” when speaking of their campaign’s faces. Their latest gig, however, is a bit troubling: For what appears to be their new range of body washed, the company designed three bottles, each of which’s shape is supposed to resemble a certain body-type.

While the intentions were probably far from bad, the internet is split, with most users finding this very problematic, as it reduces the (female) body to three rather stereotypical looks. Instead of celebrating the individuality of body shapes, the packages lead to a negative overthinking how a body can, could or should look like.

the dove bottle with my body type hurts my feelings

While aforementioned artists Engstrom and Nor present us with a humorous method of interpreting the very versatile female body, DOVE designed a product which defines the human body in a way that nobody really wants to identify with. In a body-positive society, our differences should be celebrated in a more inclusive manner than these DOVE bottles. Because we definitely see more than those three shapes when looking at a crowd.