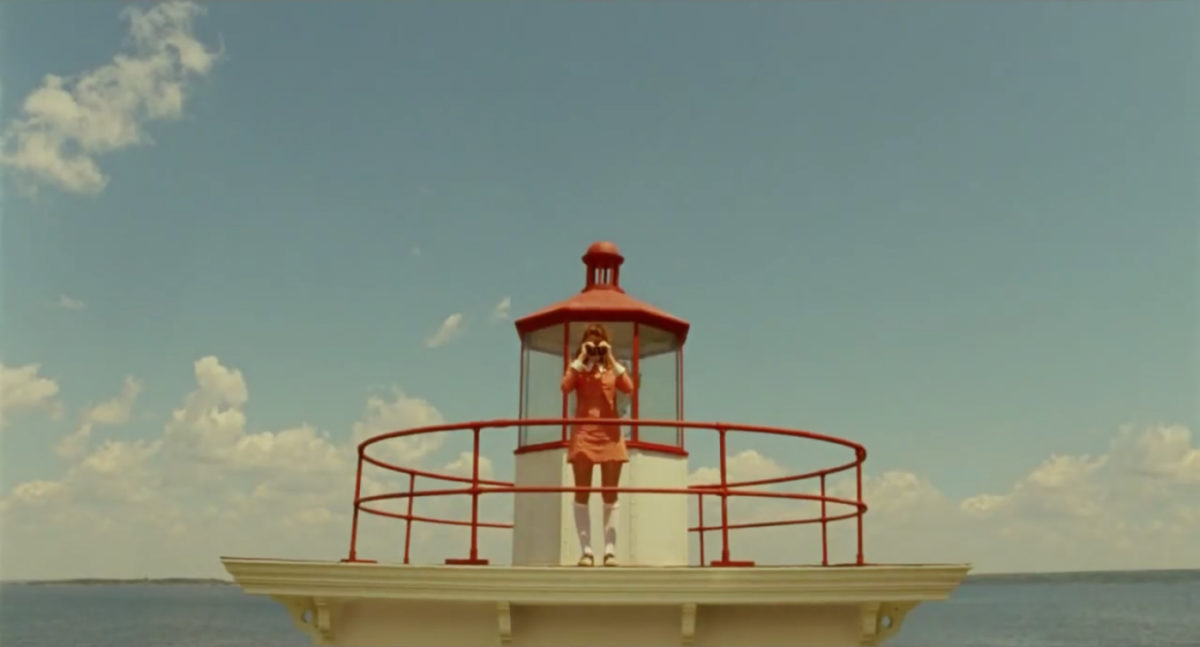 As much as films usually make us wish our lives could be accompanied by a never ending and always fitting handpicked soundtrack, there also are the ones making us long for their perfectly balanced color palettes that dominate each scene. Infused with a hundred shades of pastel, muted shades, and always coated with some sort of sepia filter, these color coordinated films might just be the cinematographic equivalent to summertime – and exactly what we need on our screens right now while waiting for the real-life version to never ever leave again.

What better way to start than with the king of color coordination and symmetric picture composing himself, Wes Anderson. Famous for creating some of the most dreamy and visually stimulating movies, the US director made all our muted color dreams come true with his 2012 feature length “Moonrise Kingdom”. The film follows the story of two kids, Suzy Bishop and Sam Shakusky, who are trying to flee from their homes together, told in Anderson’s ironic yet intriguing visual language. Set in 1965, “Moonrise Kingdom” mixes retro feels with a more than modern day appeal.

Tim Burton is known for his mysterious yet captivating movies spiced with a dark twist. For “Edward Scissorhands” Burton didn’t only team up with his best buddy Johnny Depp for the first time to bring to live the story of Edward, a half human half machine who has scissors instead of hands, but also featured a super young and super pre-90s Winona Ryder as well as probably the most color coordinated neighborhood ever. With that, “Edward Scissorhands” not only set the groundwork for Ryder’s career and her and Depp’s relationship, but also manifested itself as one of Burton’s most visually pleasing works to date.

For her first full feature length in 1999, Sofia Coppola chose the novel “The Virigin Suicides” by Jeffrey Eugenides as her inspiration. Focusing on five teen sisters growing up in suburban America in the 1970s and successively deciding to kill themselves in their parent’s home, the movie bridges between the dark undertone of the story and Coppola’s delicate cinematographic style that soon manifested her as the go-to director when it comes to capturing that tender coming-of-age feeling, equally explored in her latter films and the Marc Jacobs “Daisy” campaigns she directed.

If you want to understand Tom Ford as a designer you probably need to watch “A Single Man”, the movie he directed, produced, and wrote the screenplay to in 2009. With Colin Firth and Julianne Moore in the lead roles, “A Single Man” follows the story of a gay college professor who decides to kill himself. Spanning over the course of one day set in 1962, Tom Ford precisely planned and coordinated everything in his movie world debut, from the costumes to the set design, and created a world entirely his own.

Whoever witnessed director Terrence Malick’s lingering and calming landscape shots before knows how magically nature and its muted colors can be captured on film. Focusing on the story of two teenagers from South Dakota, Holly and Kit, falling in love with each other, running away from home, and going on a road trip turned killing spree – based on a true story – “Badlands” gives Malick plenty of opportunity to film sunsets, endless seeming fields and roads, and probably some of the most aesthetically pleasing movie-murders of all time.