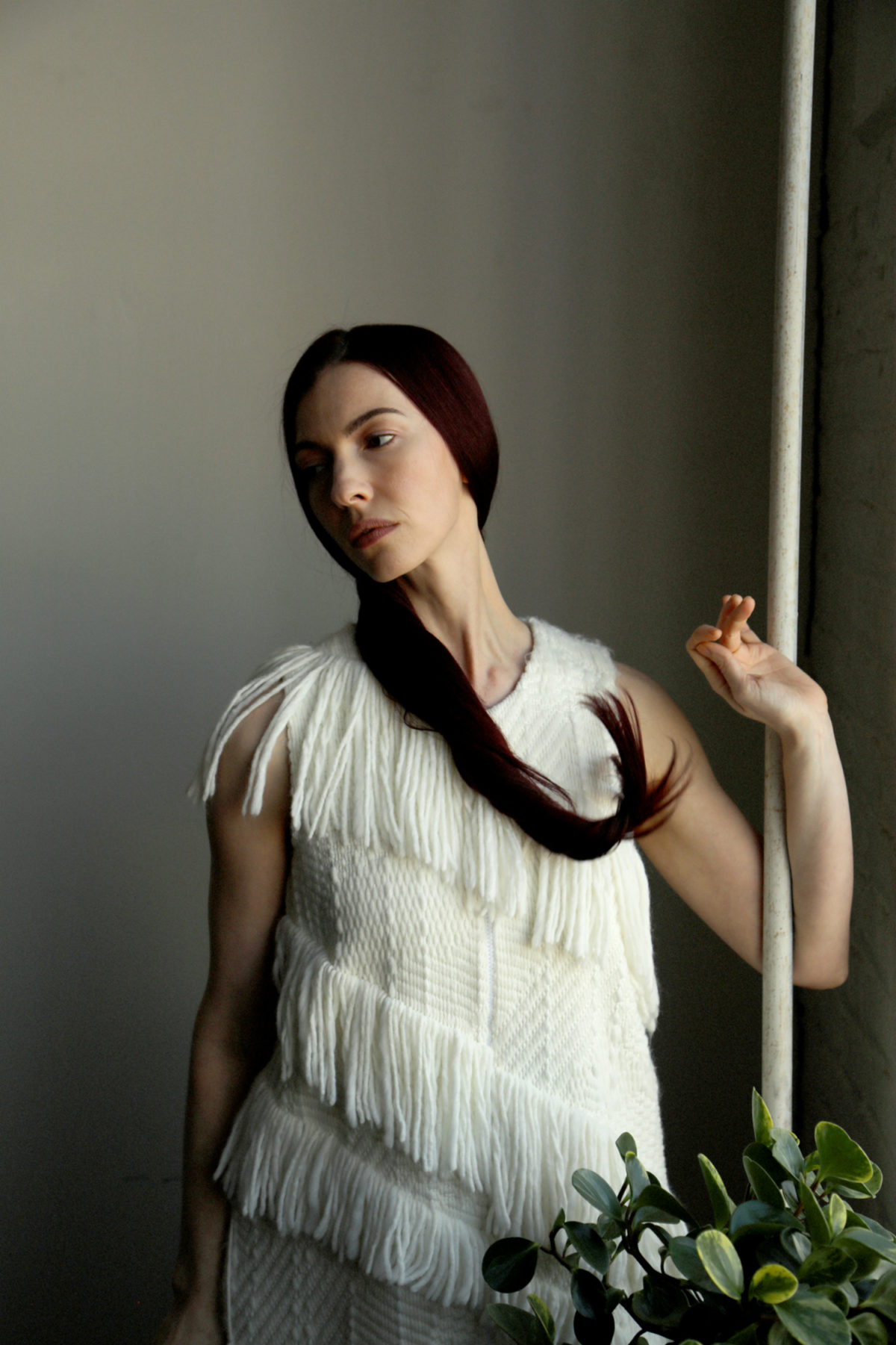 Her mother introduced Chrysta to the world of music at a young age, her father, from whom she was later going to inherit a private cemetary, took her on a tour with a hot air ballon at only 3 years of age… Taking all of this into consideration, it comes as little surprise that Chrysta Bell would become the elusive personality she is today. For quite a while now, the enigmatic singer and actress has been known for being film-icon David Lynch’s muse. He even casted her for the upcoming reboot of his cult TV-series “Twin Peaks”. While starring in this highly anticipated project, Bell will be simultaneously releasing her sophomore album. For our current issue of Material Magazine, Roderick Aichinger met the multitalented artist in New York City for a photoshoot.

“I was already obsessed with Twin Peaks when I was 12 years old. I was probably too young to really comprehend or interpret all of the details, but I did find connections between the images and soundtrack that I used to paint my own picture of what was going on.”

“A whisper can be of loving or seductive nature, depending on the nature of it. Sometimes it can also be of very horrific nature. I like juggling with contradictions and contrasts.”

Taken from Material Magazine No.32, Spring/Summer 2017, The Super Natural Issue