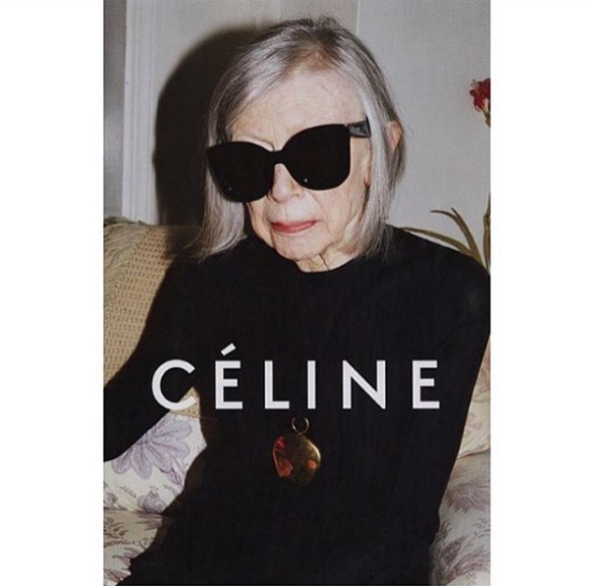 THE MOST CAPTIVATING FASHION AD CAMPAIGNS OF ALL TIME

In a time that sees social media being so feverishly flushed with pictures upon pictures by fashion brands and designers alike, creating that one standout image seems to have become somewhat of an impossible task. Campaign images don’t just have to last for one season anymore, they have to be able to constantly saturate the audience’s endless hunger for entertainment, and, for better or worse, leave an impact that consumers will hopefully still resonate with a mere weeks later, and ultimately be driven by to the brand and into the store.

In line with this development, pinpointing seasons, collections, or even particular designers has become increasingly difficult – often letting our understanding of a brand being driven by the aesthetic that informed it in the past, but not the present. Which is why today, we’re looking back to five ad campaigns that not only shaped and shifted the narrative in fashion but also highlighted the importance and impact an image can have – be it in the time of its release or still centuries later.

Although we can’t even see her face, the picture of Victoria Beckham sitting in a giant Marc Jacobs shopping bag with just her, admittedly quite unique, shoes visible has quickly left its mark in fashion’s visual history. For one because Juergen Teller’s all-illuminating photographic signature just won’t let you look any other way, but most significantly because back when the campaign came out, for S/S 08, Beckham’s style still was more Posh Spice than the sleek aesthetic known from her today. Trusting Teller with his idea of displaying her as a product alongside all the other products usually shown in campaigns, Beckham already in 2008 proved her good sense for business in rebranding herself in a high-fashion context.

Recently even updated with the release of never before seen shooting footage, Calvin Klein‘s Obsession campaign starring a super young Kate Moss was one of the key cornerstones ultimately launching the model’s now inimitable career. Shyly gazing into the camera accompanied by an undeniable sense of innocence, the black and white images were shot by none other than Moss’ then boyfriend Mario Sorrenti. Becoming somewhat of a muse to the brand, Moss has starred in countless Calvin Klein ads since, even revisiting her modeling roots for the brand’s social media heavy #mycalvins campaign in 2016.

Looking to women older than the average age-standard for models in fashion has become more and more of an alternative to the super young faces often used for campaigns. In 2015, Céline already reflected this development by working with Joan Didion for its S/S 15 campaign, shot by Juergen Teller in an understated black shirt. Though working with the literary icon perfectly suits Céline’s brand identity of designing fashion for an intellectual, uncompromising woman, the brand’s forward thinking ad campaign didn’t only receive positive feedback. Quite a few people from the industry criticized Phoebe Philo for using culture as a tool for consumerism – still, Didion herself was more than happy with her appearance, saying she has already been a fan of the brand before they got in touch with her.

Admittedly, this image isn’t a fashion ad campaign per-se but part of a catalogue from Japanese designer Yohji Yamamoto from the 80s. Still, it has come to define the brand’s aesthetic as well as both Yamamoto’s and photographer Nick Knight‘s work in a way that burnt itself into fashion’s collective memory way more than most ad campaigns ever achieved to do. Playing with the notions of light, shadow, and color, Knight made the model only visible by her contour, while a voluminous red bustle casts itself to be the centerpiece of the image. Part of a long-term collaboration of the two, Knight extensively played with what a fashion image should look like way beyond this image, showing Naomi Campbell in a variety of colorful contour’s for the brand in an equally acclaimed series just one year later.

Dressed in an oversized pink coat, high-heeled boots, and golden reflector sunglasses, Frasse Johansson possibly was one of the chicest campaign model’s of 2015 – and certainly one of the most unique. Being the son of Acne Studios‘ creative director Jonny Johansson, Frasse fronted Acne’s campaign in a time that first saw terms like “genderless fashion” turn into buzzwords, and celebrity offspring into models. Being only eleven-years-old at the time, Frasse sported his father’s designs with a confidence the creative director had envisioned right from the beginning, saying that to him, his son’s generation is one dressing for their self, rather than society.