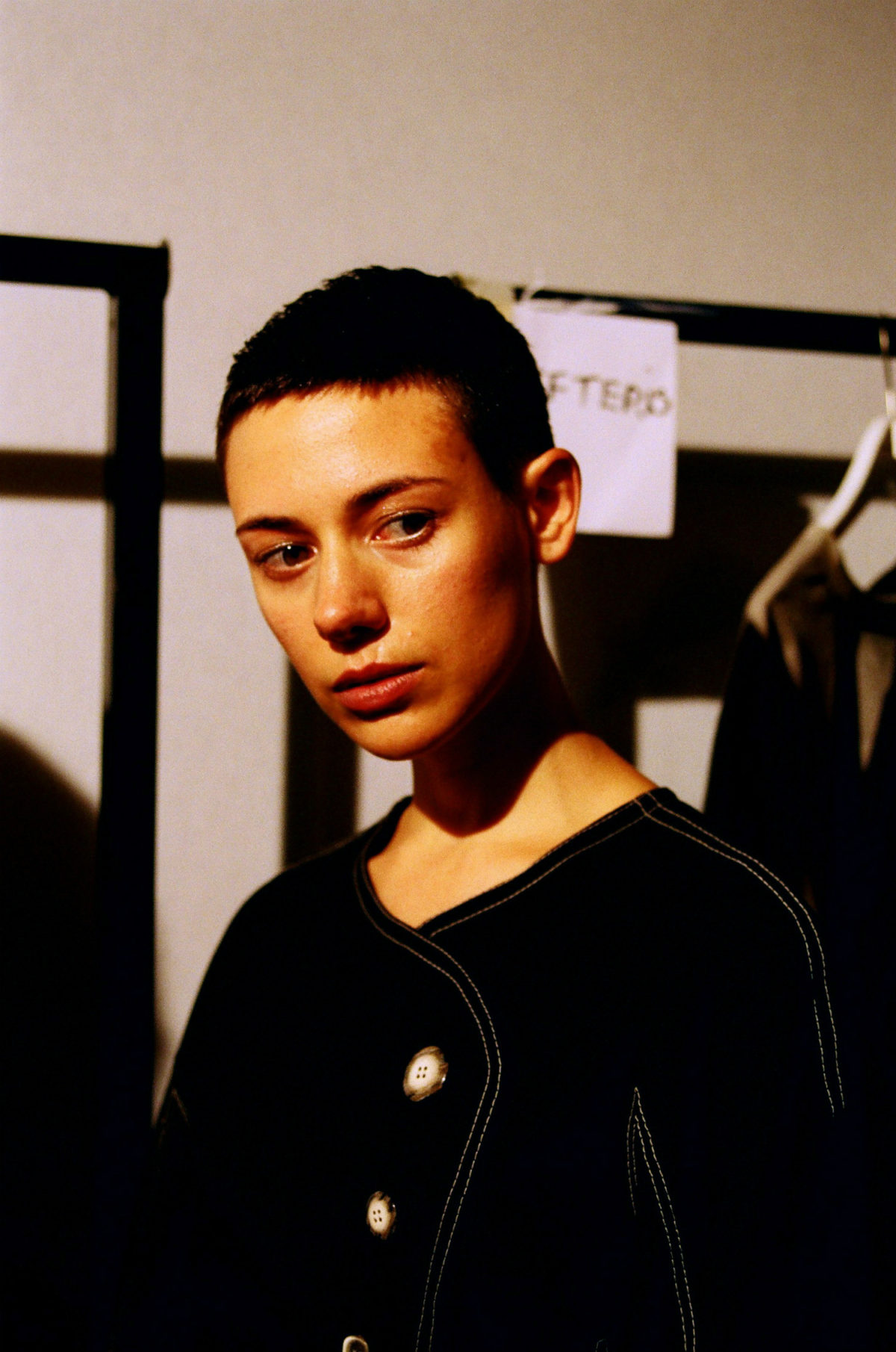 A CASE FOR CONTRAST AT ANNE SOFIE MADSEN SS18

Having been trained at the houses of two of Britain’s most influential designers – Alexander McQueen and John Galliano – it’s no surprise Danish-born Anne Sofie Madsen‘s label has by now equally established itself as one of the most interesting things coming out of London. Only debuting her first collection in 2014, Madsen in a few years has made her tender yet tomboyish designs a signature under her name – as well as her fluorescent shows, further developing that thought process dominated by contrast and ambiguity. As for this season, Madsen let these opposite poles be future and past – luckily, we captured the Anne Sofie Madsen SS18 collection right as it appeared in the current during Paris Fashion Week.