BE VICTORIOUS WITH NIKE AND ZEINA NASSAR, THE FEMALE BOXER CHANGING THE FACE OF THE GAME ONE PUNCH AT A TIME

It’s safe to say there’s very little in life that is simply handed out for free. All of us, at one point or another, are confronted with obstacles. Some of these obstacles are easy to overcome, some require a greater amount of skill and strength to be defeated. And then there are those that are thrown at us for no apparent reason. Those that we cannot dodge and have to face feeling unprepared. A trained boxer, Zeina Nassar has had a full life’s share of those obstacles bombarded her way.

However, while sticks and stones might break bones, it’ll take a lot more to tear this powerhouse down: Born and raised in Berlin by Lebanese parents, the young Muslim athlete has had to deal with misconceptions over who she is and what others wanted her to be her entire life—even to the point where it threatened her ability to take part in her passion: Boxing.  Already a global ambassador for the company’s Pro Hijab Campaign, the trophy-winning 20-year old joined forces with NIKE once again to be one of the faces of their newly introduced EPIC REACT FLYKNIT, available at nike.com.  In celebration of the launch, we sat down and talked to Zeina about fighting stereotypes, how she got involved with boxing in the first place, and why nothing will ever crush her spirit.

How did you get into boxing?

Ever since I can remember I’ve been very active and into every kind of sport. Boxing first came to mind when a friend and I came across workout videos of female boxers. Their discipline and elegance within a sport I’d always been told was about men pointlessly beating each other up had me hooked. It fascinated me. Up until then it seemed like such a dangerous sport. But as soon as I saw these strong women in action I was like “I can do that, too. I want to do that.”  Following this, we decided to head to a boxing studio and have a live look at it. And that’s when I knew there was no way around: I wanted to become a boxer. I needed to become a boxer.

So, you yourself had a rather cliché-based opinion on boxing. And, to this day, many people find that combat sports and women don’t necessarily go well together. How has this bias affected you and how do you, as a woman, identify with the sport?

No question, getting started was pretty tough. Being a woman in a male dominated field is always hard, as we are regularly underestimated and taken for weak. The fact that I proudly wore—and still wear—my hijab in- and outside of the ring didn’t make things easier. The combination of the two had my male colleagues, in particular, even more certain of their initial belief that I was an absolute misfit. But I didn’t let that discourage me. It’s those fallacies I want to tackle and, hopefully, someday, get rid of for good.  I believe that everyone should have the right to do whatever it is he or she pleases to do. Simple as that. Personally, I feel empowered through boxing. Even though I’ve had to face all kinds of unfairness, I never held back from doing what I believed in just because it may have crossed someone else’s opinion or expectation of what I could or could not do. 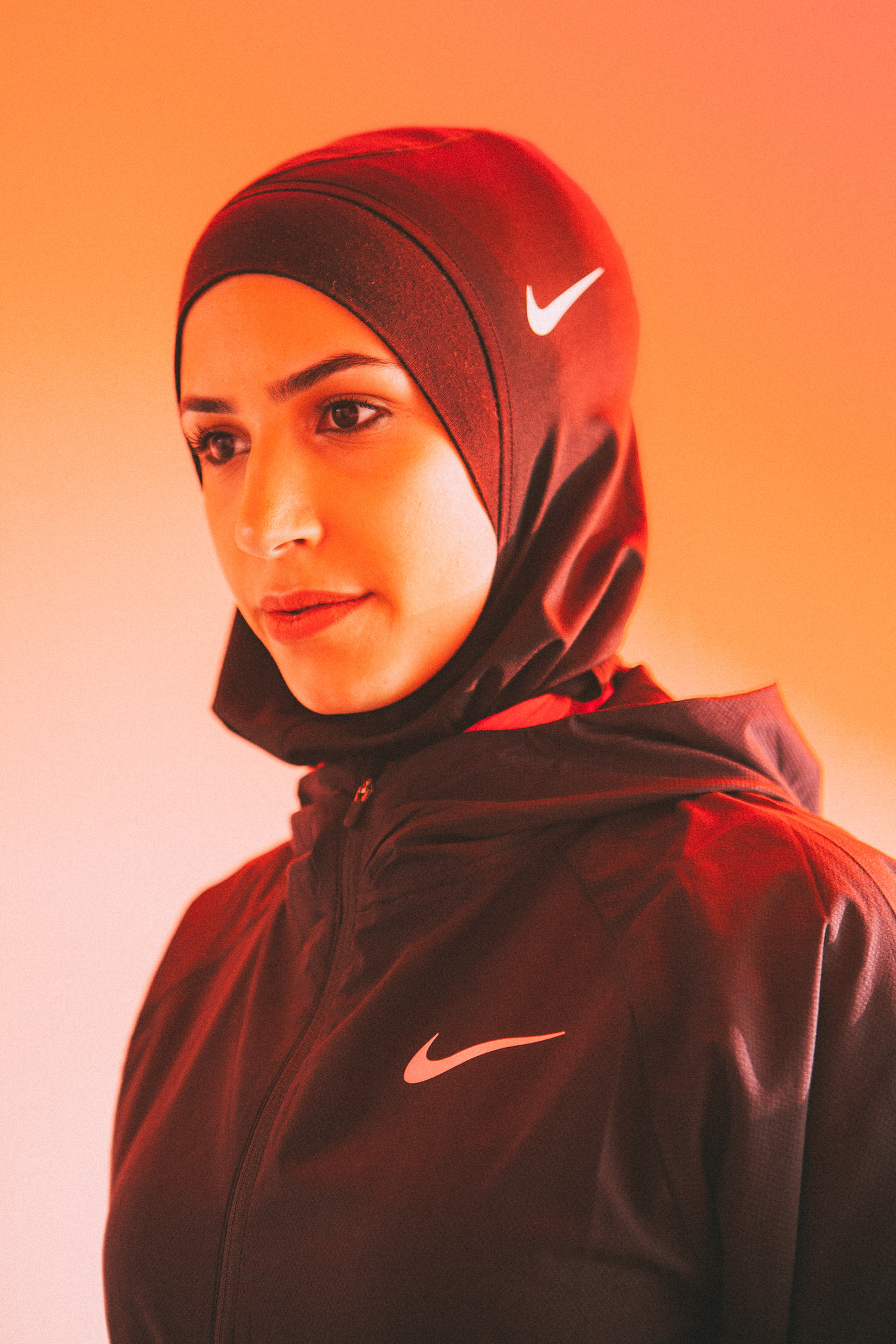 And what did your parents say? How did your family react when you first told them about your ambitions?

My family? [laughs]. They thought I’d lost my mind. But by that point they’d gotten used to the fact that I was someone who’d go to extremes and work hard to get what I want. I’m not going to lie, it did take a lot of persuading. But after having held multiple presentations on boxing and why I believed it was going to benefit me, they gave in. It wasn’t until about a year after starting, when my coach wanted to sign me up for actual competitions that I had to regain their support. They hopped on board pretty quickly, though, since they, too, had witnessed how beneficial the sport had been for me and how much it’d helped me grow. Today they accompany me to all of my matches and watch from the stands.

That’s amazing! Unconditional love and support from family and friends is so important. Needless to say, not all parents would be quite as accepting when it comes to things as “unconventional” as boxing.

Absolutely. But I need it, too. Knowing that my family is right there, by my side cheering me on, is an extraordinary feeling and something I’m incredibly thankful for.  And sure, I’m aware that it might not be the easiest thing to look at. My mother always says that every blow to my face feels like a blow to her heart. On the other hand, may dad’s like “Come on now. That’s boxing. That’s how it works” [laughs]. They each have their very own way of experiencing the sport [laughs].

And how do you experience boxing? What does it do to you? Does it have some sort of therapeutic effect on you?

Boxing requires an enormous amount of discipline and respect for yourself and others. This naturally transports into my day-to-day. A lot of what I’ve come across in life, be it good or bad, I’ve been able to channel it into my training and vice versa. The sport has taught me to take on greater responsibilities, and I’ve become much stronger and more confident. My inner drive to follow my ambitions has grown immensely, too. I just feel like I’ve gotten to know myself on a whole other level. My body and mind have become this unity and I feel more powerful than ever. Boxing gives me the strength to believe in everything I do and never give up on myself.

Your refusal to take off your hijab during a match has made you subject to people and media above and beyond the world of boxing. Not only is the headscarf an expression of your faith, but it has since gained great symbolic value as well.

I wear the hijab based in my religious beliefs. Nothing more, nothing less. However, many people tend to ignore the lines that distinguish religion from personality. Being Muslim does not have to do with my character traits. My faith does not determine what I can or cannot do, it does not enable me to or disable me from doing anything. All of my life I’ve had to face these misinterpretations and defend myself against prejudice. That’s why I’ve made it my life long mission to go against issues like these.  Contrary to what appeared to be popular belief, I am very successful at what I do. My coach and I were responsible for changing the rules concerning the hijab while participating in sports. I’d like to hope that this has opened many doors for other young girls out there who’ve faced similar struggles. I don’t just fight for myself, I fight for all women.  Yes, I wear a hijab. No, nobody’s forcing me to do so. Yes, I am a boxer. No, I am not uneducated. It was my decision from the start, and I’ll keep making my decisions until the very end.

At the time you managed to have aforementioned rules changed (2013), were you aware of the revolution you had sparked? Were you aware of how impactful your actions were on not only the world of athletes, but society at large?

Not in the beginning. When it started I was around the age of 12, 13. That was the first time I had ever heard that I was not going to be allowed to wear my hijab in competition. I just couldn’t comprehend it. And, most importantly, I didn’t want to comprehend it. It was then that my coach started advocating in my name—and retrospectively in the name of all women. She went to every conference to have the rules changed. Sure, initially we had no idea of how this would snowball into becoming a nationwide debate. I took some time for me to realize how relevant, grand and influential our cause was not only for me, but for women all over.  This was probably the most important triumph of my entire career. Something that, even now, years later, keeps me passionate and lends me the strength I need to push through and overcome every obstacle. 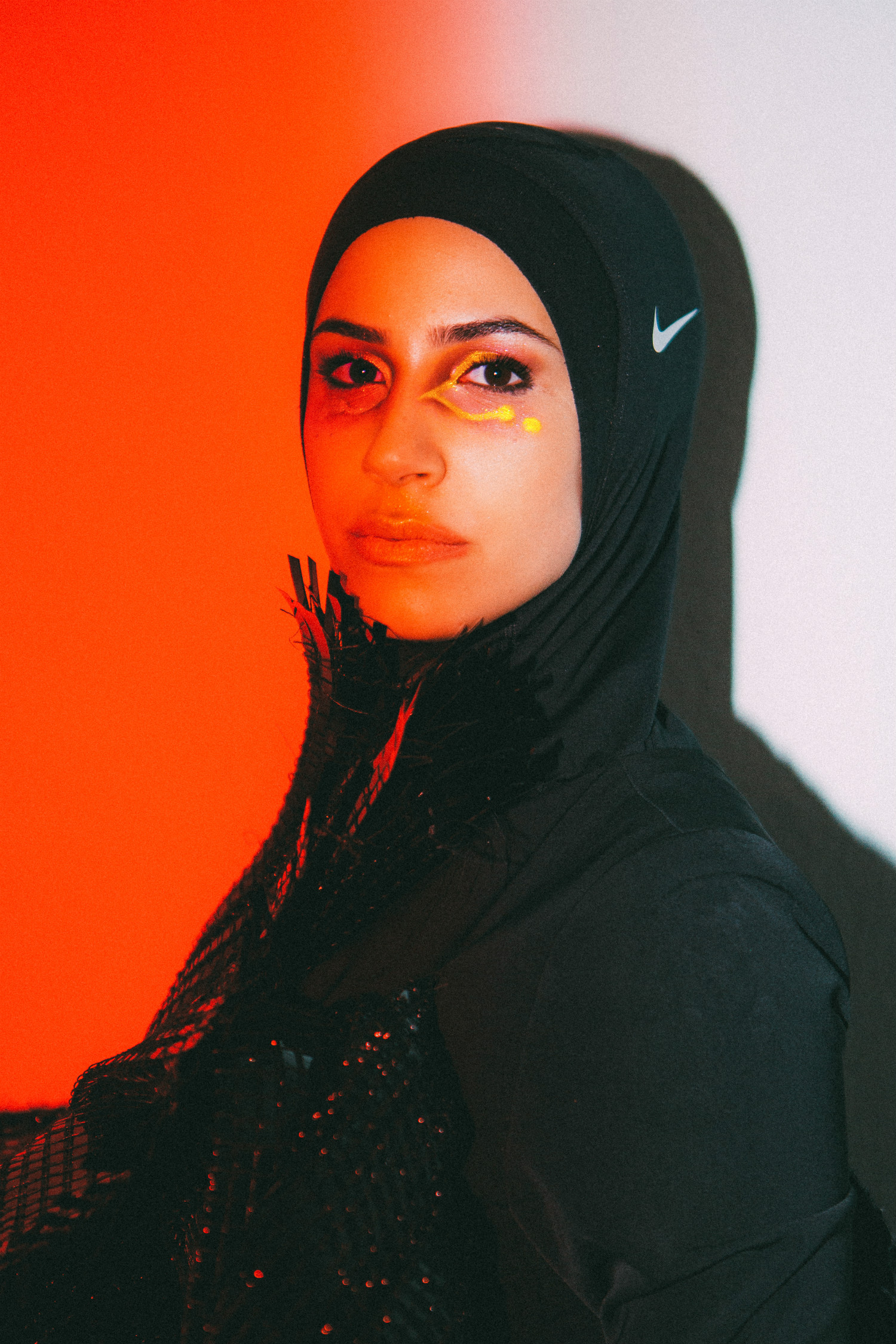 You’re so young and yet you’ve already accomplished so much—How do you plan to top that? What’s next for you?

My ongoing contribution to the world is that I want to continue to inspire people. I want to encourage people, especially women, to not take “no” for an answer. I want women to feel strong, brave, independent, victorious.  I want women to see me and say “Hey, if she can do it, so can I.”  Every day, I receive messages of people telling me how much I’ve helped them with conquering fears and doubts. It gives me so much pride, hope and happiness. It fuels my own motivation to fight. Not only in the ring. Not only for myself. But for all of us. For a brighter future.