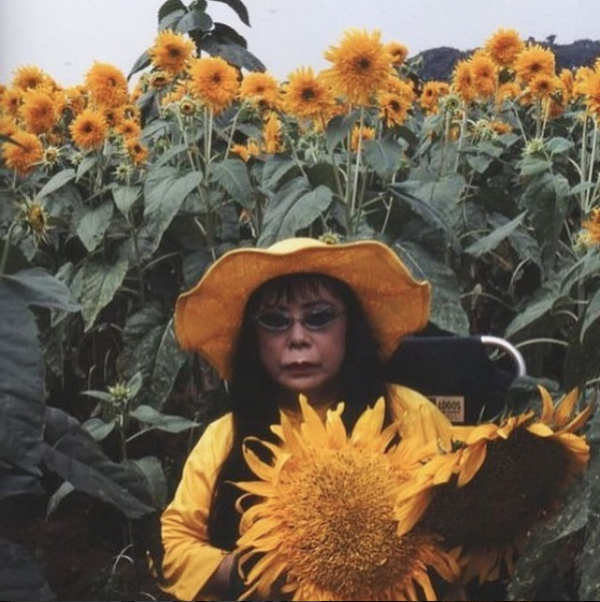 WHY YAYOI KUSAMA IS THE ARTIST THIS GENERATION NEEDS

Last month, it was announced that Japanese artist Yayoi Kusama would be opening her own museum in Tokyo, a five-story affair designed by Kume Sekkei, the building completed in 2014 but its purpose shrouded in secrecy.

87-year-old Kusama’s highly recognisable work, characterised by its repetitive patterns and bright colours, has long been admired both within and without the artistic community. More recently, her knack for creating large-scale installations, such as the highly Instagrammable “Infinity Mirrored Room”, has capture the attention of millennials. While some artists slow down their production as they get older, it feels like Kusama is only getting started.

But behind the brightly-coloured wigs and polka-dots, Kusama’s life story deviates significantly from those of many other artists of her stature; although she was involved in the New York avant-garde scene for almost a decade in the 1960s. After difficult childhood with a physically abusive mother and womanising father, Kusama developed symptoms of mental disturbance as young as ten.

Reportedly experiencing vivid hallucinations which she has described as “flashes of light, auras, or dense fields of dots,” these hallucinations also included flowers that spoke to Kusama. Meanwhile, patterns in fabric that she stared at would come to life, multiplying, and engulfing or expunging her, a process which she calls “self-obliteration.” Later diagnosed with a severe dissociative disorder, which can cause long periods of detachment and anxiety, as well as obsessive compulsive disorder, the artist has resided at Seiwa Hospital for the Mentally Ill since 1977.

While many artists will say that they cannot help but create, Kusama’s art is literally an extension of her own mind, conveying in concrete terms the way she sees the world. More than this, her work is an active coping mechanism to deal with the at best disruptive and at worst highly disturbing symptoms of her illnesses: at her most unwell, she is also at her most prolific.

It is in her “self-obliteration”, a term Kusama coined by herself, that she finds respite, an explanation of what this entails allowing better understanding of why her work looks the way it does.

“I would cover a canvas with nets,” Kusama writes in her autobiography Infinity Net, “then continue painting them on the table, on the floor and finally on my own body. As I repeated this process over and over again, the nets began to expand to infinity. I forgot about myself as they enveloped me, clinging to my arms and legs and clothes and filling the entire room.”

By collapsing herself into her surroundings, breaking down boundaries between the self and the other, Kusama is able to overcome or at least reduce the fearful dissociations that she experiences. Meanwhile, her obsessive compulsive disorder is calmed by the expanse of precise patterns.

Why is it, then, that Yayoi Kusama’s work is so relevant? And why now? While an interesting phenomenon, producing selfie-genic artwork doesn’t in itself warrant titles like “icon”, or claims that Kusama is the most influential Japanese artist of her generation. And that aside, why is it that the star of an artist who has been creating for nearly 80 years appears to still be following an upwards trajectory?

The answer is that her art fits so perfectly into the present moment. Misunderstood in Japan in her youth, and forgotten in the USA once she left New York, Yayoi Kusama is finally putting her art into a world that needs that which she has to give. Between political apathy, a youth mental health crisis, and increasing issues of loneliness caused by our compulsive use of technology, dissociation is on the rise. Whether that be as the result of psychological or neurological illness – experienced by as many as 1 in 4 people – or more of an emotional and cultural detachment, we can benefit from the soothing self-forgetting of self that Kusama experiences when she creates.

Kusama is also an example of someone who has been able to move past her personal difficulties to create something beyond herself. While everything she does is influenced by the way her mind works, that which has been, and surely still is often very painful, is transformed into something which is in and of itself positive. Such a coping mechanism is something that once again can benefit us all, but is often neglected in favour of a fervent focus on the issue itself. And while increasing awareness of and properly addressing mental illness is extraordinarily important, our culture of identity politics can sometimes reduce people to a single struggle. It is also vital to acknowledge the potential of people to continue living their lives, creating, and forming connections, not despite but because of their experiences.