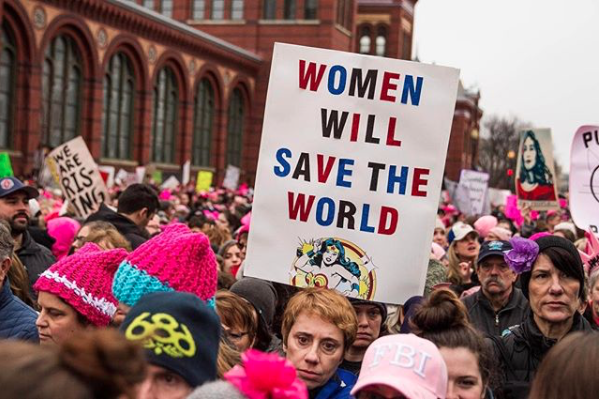 A WOMEN’S MARCH DOCUMENTARY IS IN THE WORKS

On Saturday 21st January 2017, the day after now POTUS Donald Trump’s inauguration, the historical Women’s March took place – one of the greatest global demonstrations of all time. Women the world over gathered together in a peaceful demonstration of solidarity and resistance against Trump, who has proven to be just as terrible as we all feared in the months since moving into the White House.

Polish documentary filmmaker Dagmara Kodlubanski, inspired after marching in London, is now making an independent film documenting the events. We Still Rise is currently being crowdfunded on IndieGogo, the aim to gather £70,000 in advance of a January release date, in celebration of the march anniversary; there are also hopes to bring the film to the 2018 Sundance Film Festival.

“I had just witnessed ordinary people create something so amazing, that completely captured the mood that many of us were feeling,” Kodlubanski told the Evening Standard. “The day was such a celebration. People were singing, chanting, drumming and dancing – it felt more like a festival than a march. Everyone looked after each other and celebrated together.”

Discussing the ever-present and increasing relevance of the film, she also said that “When it feels like things are regressing, we need to be reminded that the fight continues… To not be disheartened, and to realise that ‘ordinary’ people really can make a huge difference.”