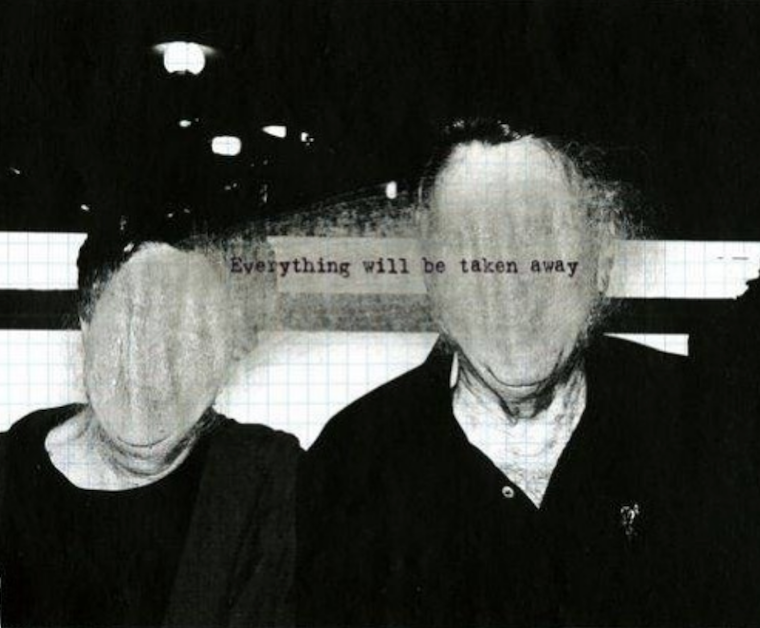 THE MEDIUM IS THE MESSAGE: WOMEN ARTISTS AND THE USE OF TEXT

From Jenny Holzer to Petra Collins, there is an undeniable link between women artists getting their voices across, and the use of text within art. Whether in the tone of a diary, a protest, a political slogan or an ephemeral thought that crosses your mind – only for you to chase it away – sometimes words just become an image. With the digital age, we have seen trends in different text presentation across social media. Last year, Instagram went crazy for subtitles pasted against ’90s bad girl screen-grabs. Brands everywhere, from Vetements to WEEKDAY, started printing over-used clichés and tongue in cheek messages across their collections. How can a string of characters separate from literature and become art?

In a time when art galleries and collectors are buying up posters from the recent Women’s Marches, we consider the use of text by female artists to make their voices heard – to encourage the viewer to think, to question, to wake up.

The prolific artist recently held an exhibition at the Stedelijk in Amsterdam which featured her always affecting, often devastating works of text-turned-art. Just as important as the words of her message, are the placement of those words in the specific space. This way they become a well curated installation leading each viewer on the same journey, decoding the implications and unravelling the story as we move from room to room. Just as she plasters them onto billboards, or slips the messages overlaid onto images in fashion magazines “You will never be me. Poor you.”, the situation is always of the highest value to the artwork. An American artist who has travelled through the decades in a consumerist, patriarchal society, she has played on the advertising culture we live in – one that’s mainly geared towards women. Speaking out for women on many levels, she is a valuable political voice. Slogans read like headlines spread across walls, billboards, t-shirts, postcards – “I shop therefore I am.”

Petra Collins is the young artist making a global name for herself mainly through photography. Her work surrounds ideas of coming of age for all the ’90s girls, with heavy “Virgin Suicide” vibes. She infuses femininity with voyeurism to remind us to continue the decriminalisation of female sexuality, and also its internal power. She reinforces the fact that as women, we should not be apologising for the very bodies we live in! Focusing on dissecting the male gaze, and perhaps offering a female gaze alternative that is not in direct opposition (i.e. sexualising a male body), she confronts the issue without being overly aggressive. She is part of the revolutionary post-Internet girl artists in her translation of the social media prevalence in the daily life of a young woman. In a recent exhibition, she featured light installations that highlighted just that – iPhone screen text threads using cyber-slang of a tone most girls can relate to, in the way conversations play out online.

Jenny Holzer first gained recognition on a large scale when projecting large bold printed messages onto the banks of the Arno River in Italy. Her larger than life mantras remind us of deep truths we already know so well we forgot to question them, even failed to resist them. From LED panels to stone benches, they hint at situations both politically and culturally that can be applied to a string of storylines in the world media, or in mythical values that exist in society. How can a string of words be at once universal and hit the deeply personal feelings of the reader? After all, can there be a more poignant time for us than 2018 to remember that “Abuse of power comes as no surprise”?

Tracey Emin is a Turkish rooted, UK born artist who came to the public sphere as part of the ’90s Young British Artists movement. She had a lot to say then, and continues to say it now. She opens up her sexuality among other quirks of her psyche to the world, kind of like a ’90s sad girl. Employing a deeply personal insight into her world she worked initially with quilting and tapestry. In an ultimate “fuck you” to the patriarchy, she made a bang with her installation “Everyone I have ever slept with” – a tent which held inside the sewn on names of many lovers and friends. Other ways she works with text are in small flourishes of ephemera that she jots down and reproduces on a larger scale, often in blown up light installations from her own handwriting.

With her 1980 series “Broken Heart” Astrid Klein used text over image to say something new. Her fragmented collages take jabs at literary, aesthetic and philosophical truths. Using cut outs of text from academics that inspired her, in one series she used phrases from Arno Schmidt’s “Zettel Traum” that discussed the representation of women in cinema during the ’60s and ’70s.  This seed that was planted no doubt helped to acknowledge what is now widely known as the “male gaze”, and its fetishisation of the female body. Astrid links these kind of texts with photographs that don’t necessarily directly correspond, forging a new meaning for the viewer to identify with.

Vivienne Westwood… to sum up this artist’s creative achievement in one paragraph is just not possible. Her use of text across her clothing and entire brand is constant. She expresses herself in a confrontational tone – writing open letters to people she doesn’t agree with on T-shirts, scrawling onto fabric with audacious spontaneity. An artist and designer who burst onto the scene at the end of the ’70s giving us punk, reviving our need for art of the past to enrich and revolutionise the art of the future. A fierce activist for basically any cause that matters – especially the protection of our planet from global warming, she shouts the need for change to the world through her creations. Each slogan that she scribbles bleeds with the idea of examining the status quo, and considering/subverting social power structures.