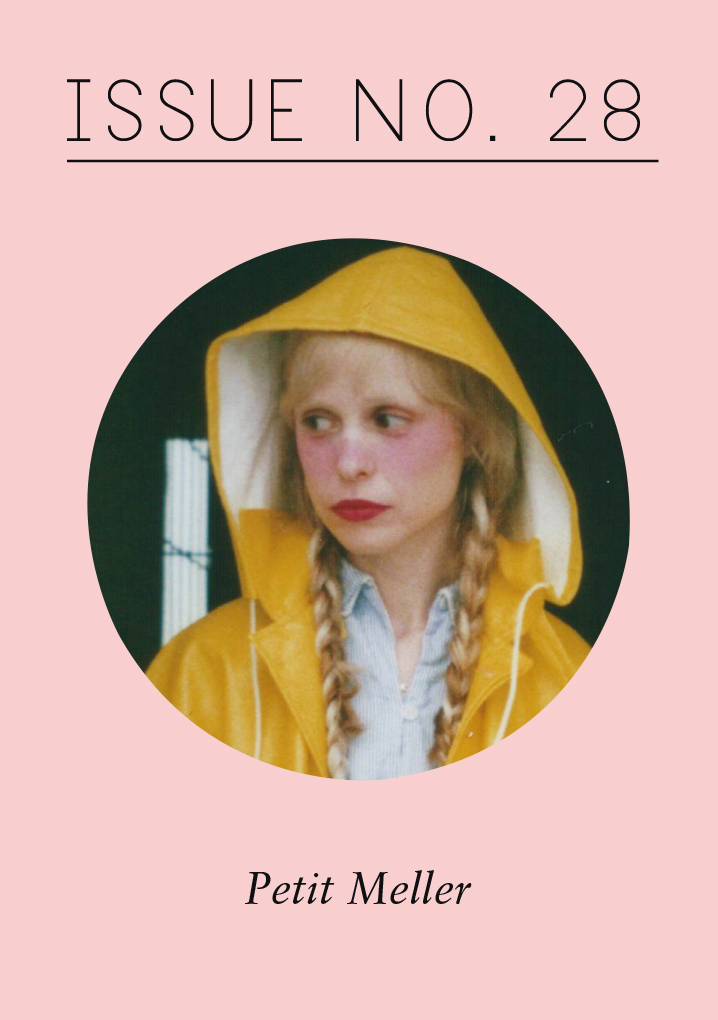 Soft voiced jazzy pop influenced by Nouvelle Vague is the French Petite Meller, with memorable childhood lyrics and perfectly designed videos. We sat down with sweetheart and listened to her charming words.

The topic of childhood is important in your work as well as in your philosophical studies. How come this subject is so present within your creative process?

I’m currently writing my master in Philosophy with the focus on psychoanalysis. Freud, Lacan, Delueze, Shakespeare and Kant were always subject matters I was attracted to. They all deal with the human unconscious, dreams and the mind. For Freud, dreams are based on a childhood memory that wears different costumes every night. In my ‘Backpack’ video I show those scenes of my childhood discovering sexuality for the first time through a game or just while walking alone in the open fields and feeling pleasure for the first time. It’s about those little discoveries in life. I believe we all deal with our childhood in everything we do. These are the things that build your personality! The water ski scene in ‘Backpack’ is basically about that free feeling of acknowledging that things are falling into their place and that’s exactly how I feel now.

Your work seems to be inspired by the Sixties and movies like Godard’s ‘Pierrot Le Fou’. What’s the fascination about this decade?

I was always inspired by classic cinema. It’s the aesthetic of directors like Bergman, Antonioni or Tarkovsky – their movies are not different from songs, they are poetry. In the ‘NYC Time’ video intro we paid homage to Antonioni’s ‘Eclipse’. I wanted to show those empty suburban locations that symbolize the start of a journey. The music I grew up with, the jazz and blues, is taking me on its shoulder to where all the magic happens, to New York. Where you have to live your dream. Anyway, I don’t think I’m a Sixties character. I would be a better fit for 19th century Vienna, maybe I’d be a Freud case or, a bit later, having lived as a member of the DADA surrealism movement.

Talking about jazz and blues – how did the love for those genres arise?

As a child I used to listen to my father’s jazz records, like Dizzy Gillespie and Charlie Parker. I fell asleep to them and I danced all around the room to them. Once I was dancing and noticed people were looking at me through the door. I was all red blushing and didn’t want to get out for a few days…

Being embarrassed is a feeling we probably all know too well, especially when you’re a teenager… What were you like as a teen?

I was studying photography and had my hair going around my ears in a circle way. Every day I went to the cinematheque. My room had a record player and a library – I wasn’t really into band posters. Usually I just walked around with my Sony video camera hanging around my neck.

You surely never had the stereotypical dreams of becoming a princess or a cowgirl. When did you realize you want to be a singer?

Once I was on vacation with my parents in the south of France. There was a talent contest! I went on stage and danced for five minutes – even though I was the shyest girl! I don’t know why but it felt so natural being on stage. I won the second prize, a pink milkshake. I think I knew right there it was my place. Where I should be.

Aside from your parents, who influenced you most growing up?

My grandma was a very inspiring figure for me. She was very elegant and used to wear pale pantyhose and a festive handkerchief. I spend most of my childhood with her. That’s why a handkerchief and a hand cast are often repeated in my videos as memories of my grandma and as the feeling of overcoming and healing in life. Popular people that were important for my childhood were definitely Stephen Hawking, Steven Spielberg and Steve Jobs.

Joe le Taxi is a song my mom used to hear a lot and it’s about Rum Mambo and Rumba – how can you go wrong? Icebear in contrast is about people who are frozen, who are unable to cry or feel. In my video a natural phenomenon, the northern lights in the sky, makes the characters feel again and gives them the ability to shed a tear.

Are there any memories you’d like to delete? Or the opposite– moments you’d love to relive over and over?

I wouldn’t wanna go back… I have so many videos to shoot and realities to create! And my thesis to write. As Lacan said: ‘A Woman is hysteric, she thinks about the future as opposed to men who are obsessive.’ Everything I did had a reason, connecting the dots it all falls into place.