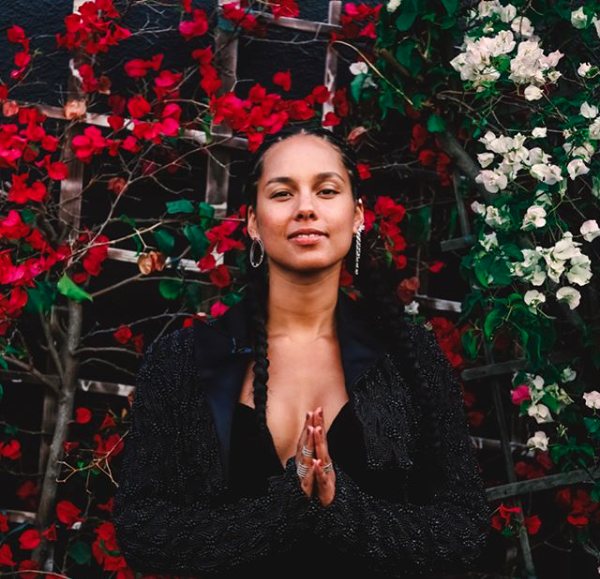 African American women are not only the fastest-growing group being diagnosed with breast cancer; they also have a 42 per cent higher mortality rate than Caucasian women. This is why singer, activist, and proud African American woman Alicia Keys has been cast as the face of Stella McCartney‘s 2017 Breast Cancer Awareness campaign.

“The higher mortality rate is mainly because they don’t get an opportunity to get an early diagnosis or the right kind of treatment,” said McCartney in a statement. “This really compelled me to reach out to Alicia. I asked her if she would like to reach out and speak to this community and be the face of the campaign.”

Intended to raise awareness about the disease, as well as promote regular screenings and early detection, McCartney has designed a limited edition “Poppy Pink” version of her Ophelia Whistling bra and underwear set; this year the campaign will support the Memorial Sloan Kettering Breast Examination Center of Harlem. The centre has screened more than 200,000 women for breast cancer and offers free, high-quality care to the local community.

“This is really important to me,” said Keys in the accompanying video. “I grew up in Harlem and obviously New York is my town, and my mother also is a breast cancer survivor, and I don’t think I’ve ever gotten to share that story; so this is important to me.”

McCartney tragically lost her mother Linda to the disease in 1998, and “Poppy Pink” is named after Linda’s favourite flower. Sales of the Ophelia Whistling set will also benefit the Linda McCartney Center in Liverpool to support its early detection programs and treatments.

The campaign is in and of itself incredibly important. But this move from a major fashion industry figure is also of importance for a different reason: despite its being a female-dominated and female-oriented industry, fashion has often neglected such pressing women’s issues. It’s therefore great to see an industry stalwart team up with such a high-profile celebrity such as Keys for a campaign of this magnitude and reach.

In addition to the Ophelia Whistling set, McCartney has also designed a post-double-masectomy compression bra, the Louise Listening bra, for which all proceeds will be donated to the Hello Beautiful Foundation, a London-based cancer charity founded by Jane Hutchison. A post-masectomy compression swimsuit will also be on sale.