FUSING FASHION WITH ART, SPEAKING GARMENTS IS LAYERING CLOTHES WITH A MESSAGE

Combining fashion and art into one bigger, cohesive unity has been the goal of countless fashion designers and labels, with collaborations between the two disciplines seeming like an ever-increasing and never-ending stream. Truly standing out from this flood of linked visions however are the ones that don’t just let two worlds collide, but look to meticulously merge different aesthetics and approaches without loosing each part’s unique language.

Tapping right into this idea is newly launched Cologne based clothing label Speaking Garments, its goal being to layer the garments with each of their collaborator’s unique viewpoints and visions, and by this not only communicating a distinct message but also broadening the wearer’s perspective. For its debut collection, Speaking Garments chose to work with German artist and sculptor Michail Pirgelis and his sculptures built out of found parts of planes which then got translated onto a variety of T-Shirts and sweatshirts. 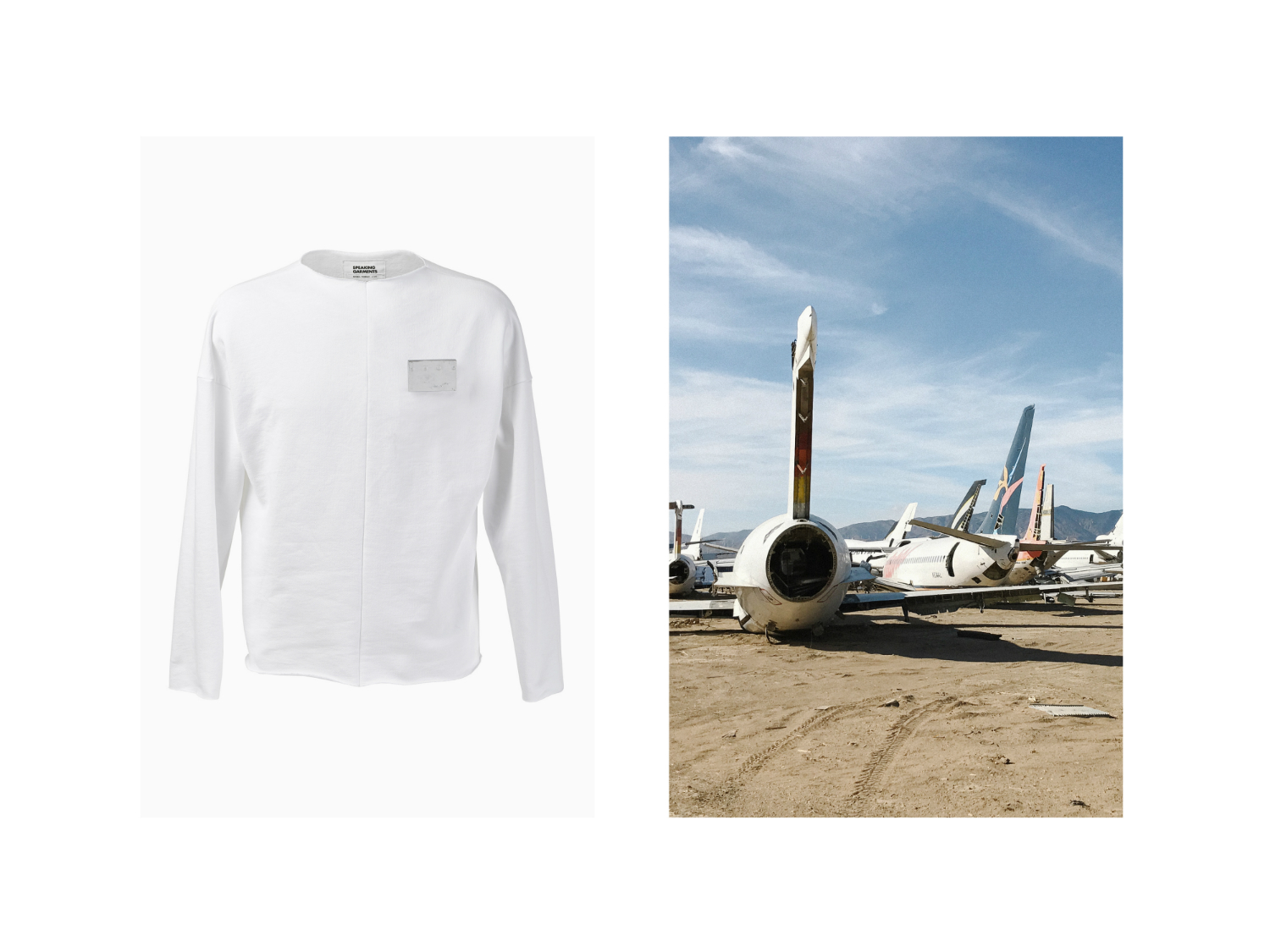 With Michail Pirgeli’s work also being what inspired the project in the first place, envisioned and run by former PR-consultant and communications director Lina Miccio, what better way to introduce it into the world than by working with the trigger himself. Looking to now collaborate with not just artists but also photographers or dancers, Speaking Garments is making sure the language of the brand stays as unique every time around.

And not just with the clothes but also through the overall aesthetic and visual language, with each piece being uniquely handmade in Cologne and   backed up by the intention to focus on a personal connection instead of interchangeable products. Casting siblings, who both have distinct relationships to fashion and art as well as Michail Pirgelis himself, as the models fronting Speaking Garments’ debut campaign, Lina is making sure the brand is creating its distinct own language – but one that everybody is able to understand.

All images courtesy of Speaking Garments and Michail Pirgelis