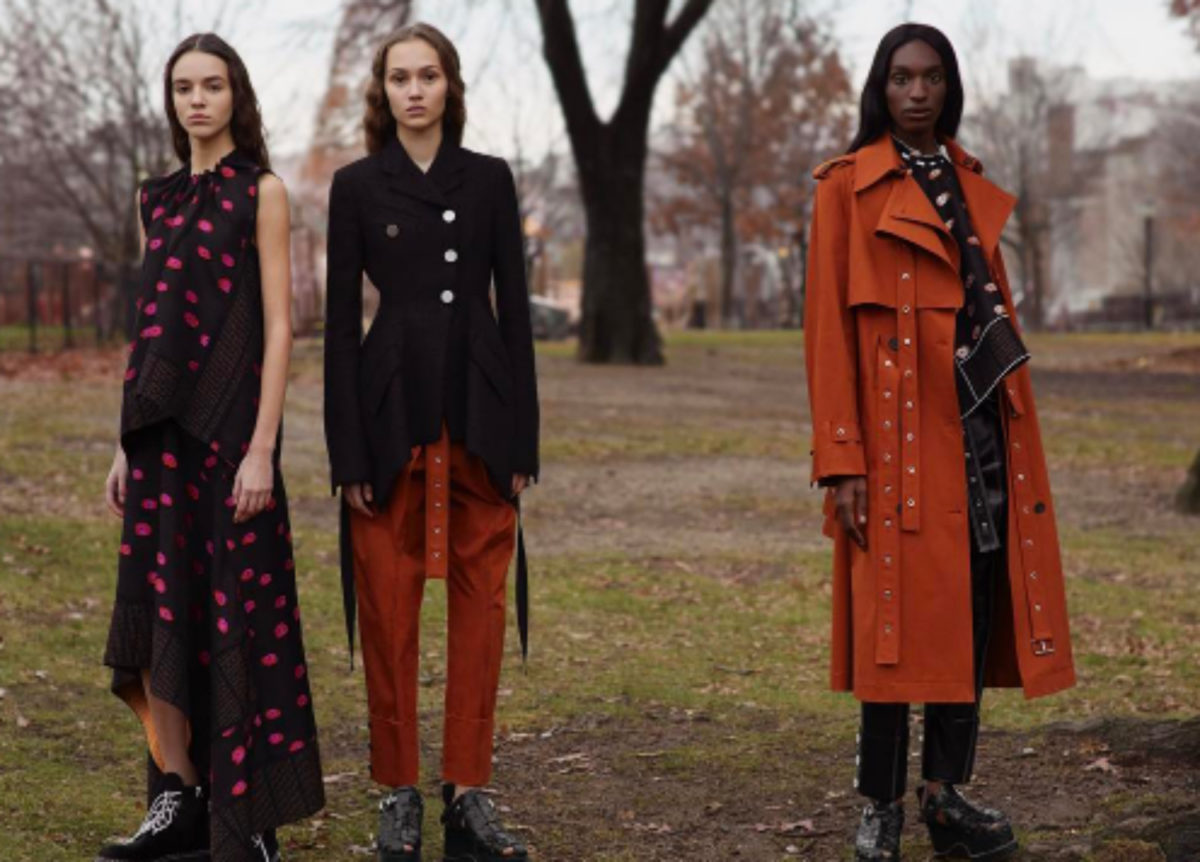 Even though we wish we’d live in a (fashion) world in which the gender identity of the models wasn’t the main focus, the latest Pre-Fall 2017 lookbook by New York-based designer duo Proenza Schouler is still an exception in comparison to what you regularly see in big campaigns.

The lookbook features mostly transgender and gender-fluid models like Stav Strashko, Torraine Futurum and Marcs Marcus. The photos show the designers’ pre-fall collection with eyelet-covered trenchcoats and trousers, digital flowerprints, fur-collared coats, chunky boots and creepers and were shot by Ethan James Greene who is famous for his portraits of the underground subculture in New York City.

Lazaro Hernandez and Jack McCollough, the designers behind Proenza Schouler wanted to spread the message of diversity – and the message is a colourful one, on the fashion as well as on the gender spectrum.