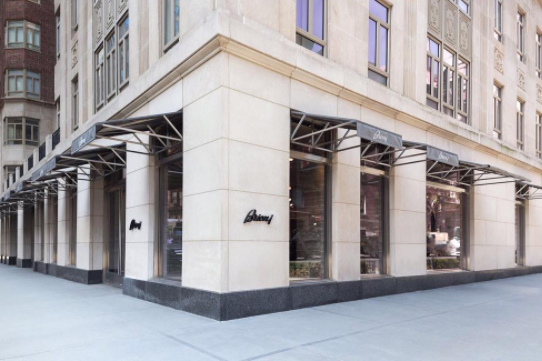 Nina-Maria Nitsche has been confirmed as the new creative director of Italian menswear label Brioni. Nitsche has an impressive track record having spent 23 years at Maison Margiela working closely with the fashion house’s founding designer, Martin Margiela, before taking over the creative reigns in 2009 after his resignation.

Nitsche will be Brioni’s first ever female creative director, forging a new path for the Roman tailoring label which is famously adored by none other than Donald Trump… The Brioni team seem elated to have Nitsche on board, François-Henri Pinault, chief executive of the Kering group which took on Brioni in 2012, commented that she “had a very accurate understanding of the Brioni man”. In addition, Brioni chief executive Fabrizio Malvern applauded her creative approach and notes, “her point of view will allow the brand’s core values to prosper and yet inject a contemporary dialogue that will enable Brioni to evolve into the future.”

Nitsche presents a stark contrast to her predecessor, Justin O’Shea, who failed to impress their uber-rich and conservative clientele with his croc skin jackets and champagne silk shirts. Many believed O’Shea’s brief stint corrupted the brand’s heritage by making changes that conflicted Brioni’s image, such as featuring American heavy metal band Metallica in the fall 2016 ads. Much to our delight, the original Brioni logo has replaced the gothic logo designed by O’Shea atop statements released to the press yesterday.

Brioni has delved into a state of flux after charging through two creative directors in the short space of 12 months – could Nitsche bring stability and usher Brioni back to its classical roots?