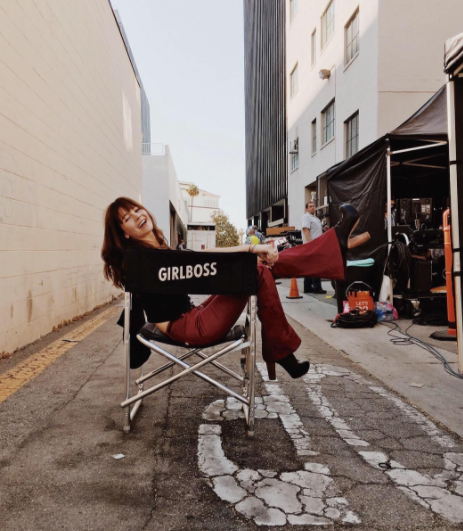 NETFLIX CANCELS GIRLBOSS AFTER ONLY ONE SEASON

Nasty Gal founder Sophia Amoruso announced over a series of Instagram stories that Girlboss is no more. The Netflix series is based on Amoruso’s life, following her journey from a 23-year-old eBay seller to a fashion mogul. She announced the cancellation on Saturday the 24th of June, writing “So that Netflix series about my life got canceled,” stating that “While I’m proud of the work we did, I’m looking forward to controlling my narrative from here on out. It was a good show, and I was privileged to work with incredible talent, but living my life as a caricature was hard even if only for two months.”

We think the cancellation might have something to do with the negative reactions from viewers and critics, largely criticizing the main character who plays Amoruso. “She’s crafty, and she’s supposed to be just our type,” Vulture wrote, “The problem is she’s also kind of a jerk. But nearly every breezy instalment, all of which begin streaming Friday, keeps trying to convince us that, despite her flaws, she’s so charming that you have to root for her.”

Amoruso seems to have made a swift comeback from this knock, posting a photo of herself on Instagram the following Sunday, captioned “It’s a new era. @girlboss team portrait.”