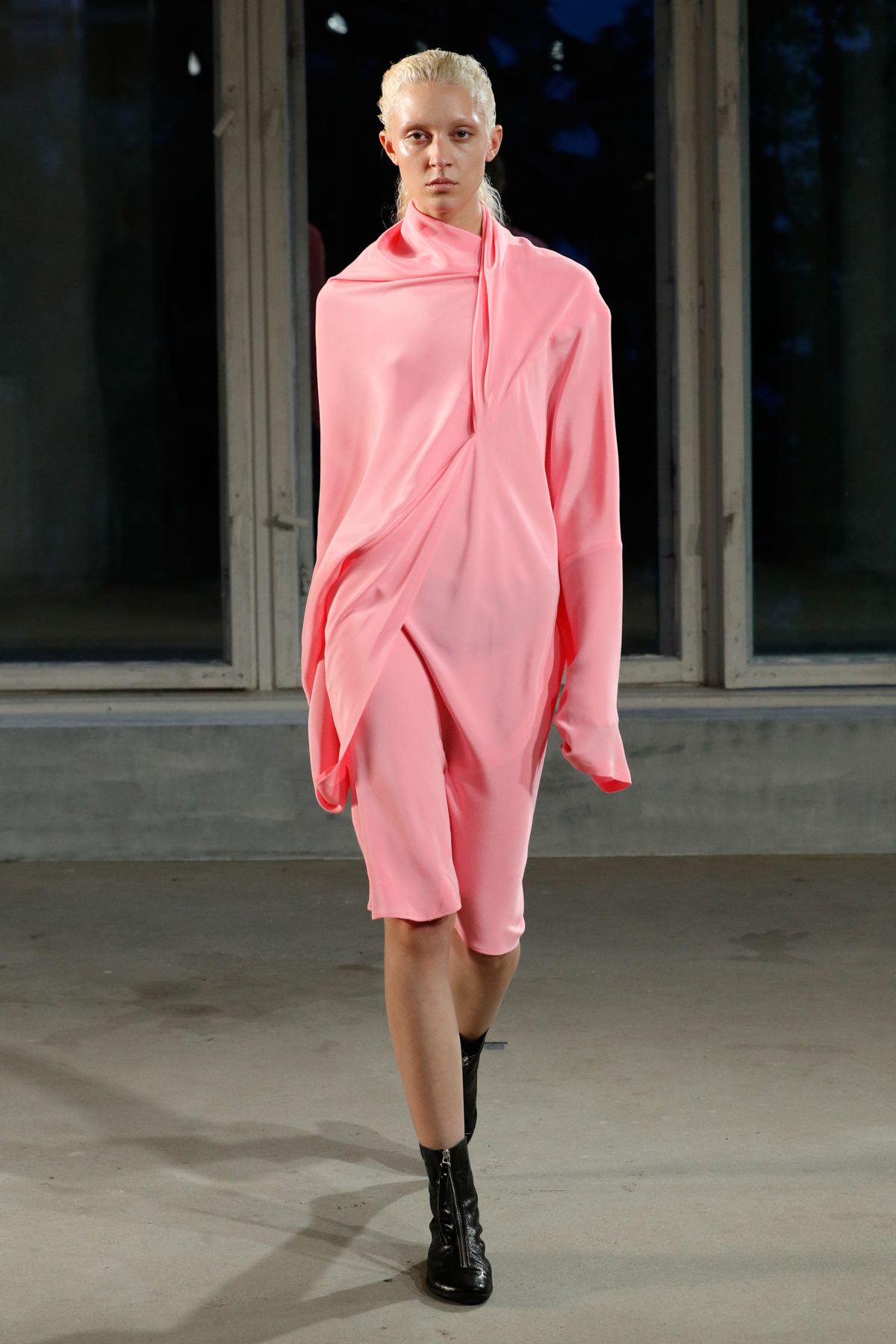 We met Michael Sontag in his small store in Kreuzberg where he was already selling the spring-summer 2018 collection he presented a few days before. There is a certain friendliness emanating from him. Originally from Bavaria, Sontag has moved to Berlin fifteen years ago and created his brand in 2009. After being praised by Suzy Menkes in the New York Times, Michael Sontag’s label has kept growing up and he is now one of Berlin’s most promising fashion visionaries.

What is your first fashion memory?

It is probably my mum. She wasn’t a fashion person, but she had really good taste. I can remember looking at my mum getting dressed when I was a little boy, that’s what I enjoyed. On the other hand, I also started experimenting with clothes at a very early age, even before kindergarten. I grew up in the countryside and I had a bunch of friends and we used to dress up and run around outside. We made up clothes with what we found in the attic.

How did you end up as a fashion designer?

It is a bit stereotypical but I drew a lot when I was a child. My parents supported me and liked it. It was clear that I wanted to do something creative and I was also interested in arts. But I was scared of arts because it is too free. I wanted to do something concrete. What I like with fashion is that it is so close to human beings. I have always been attracted to the relationship between clothes, bodies, and movements. 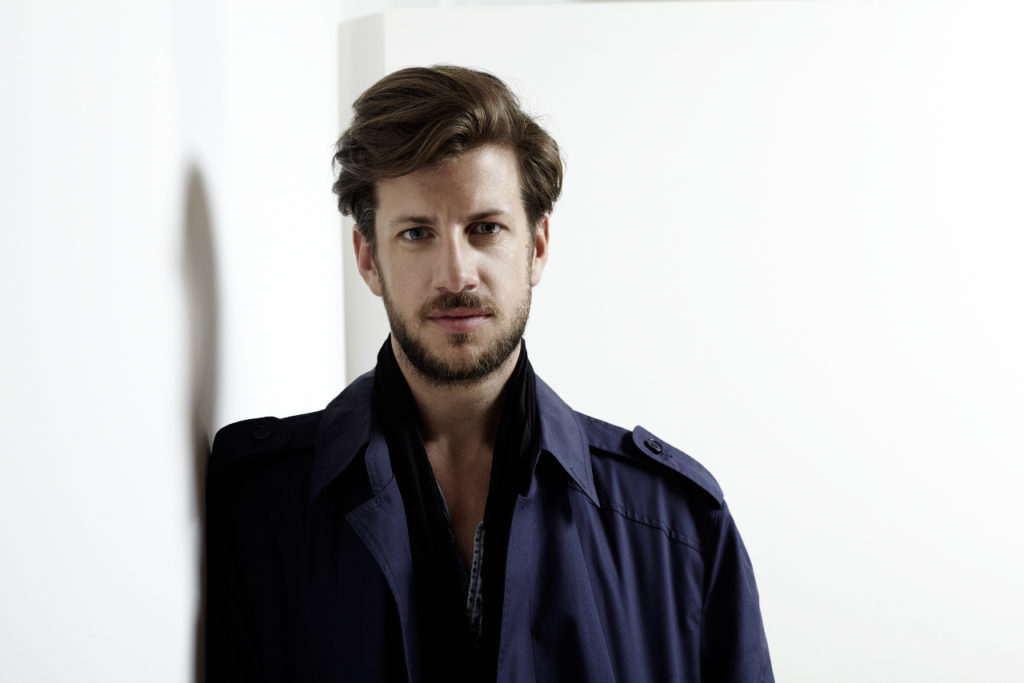 How would you describe your brand aesthetics?

I work a lot with draping. I don’t draw. I am working with fabrics on the models. The cuts are very often loose and they are different from usual cuts. I really like natural fabrics like silk, wool, and cotton. The way the fabric feels is very important for me.

Have you created an archetype of the Michael Sontag woman?

I’ve never had that archetype woman and I have always hated the idea that you have to focus on the profile of your client with the age and everything. I want to create something and give it to women. It doesn’t matter to me if she is a 16 year-old girl or a 60 year-old woman. It is a question of taste. I try to be inclusive.

As a fashion designer, how would you define your role in society?

I take my role seriously. On one hand, you have the possibility to shape the environment and how people dress. It is a big part in the world we live in. As a designer, you can also communicate something to people and influence them. About textiles, you have to know which fabrics to use, where you want to produce them and so on. You have a lot of responsibilities as a fashion designer.

What do women and their bodies represent to you?

I like what you can do with clothes on bodies and how you can shape it or not by using cuts or colors or fabrics.

As a designer, is it possible to create anything that you can imagine?

You have to live from it. People are quite limited in what they can accept or consider wearing but you can push the limits of course. I think the only way to do it is to be on the border of what is possible and impossible at the same time. I always have the feeling that I am on this border. That’s how I see my job as a designer. 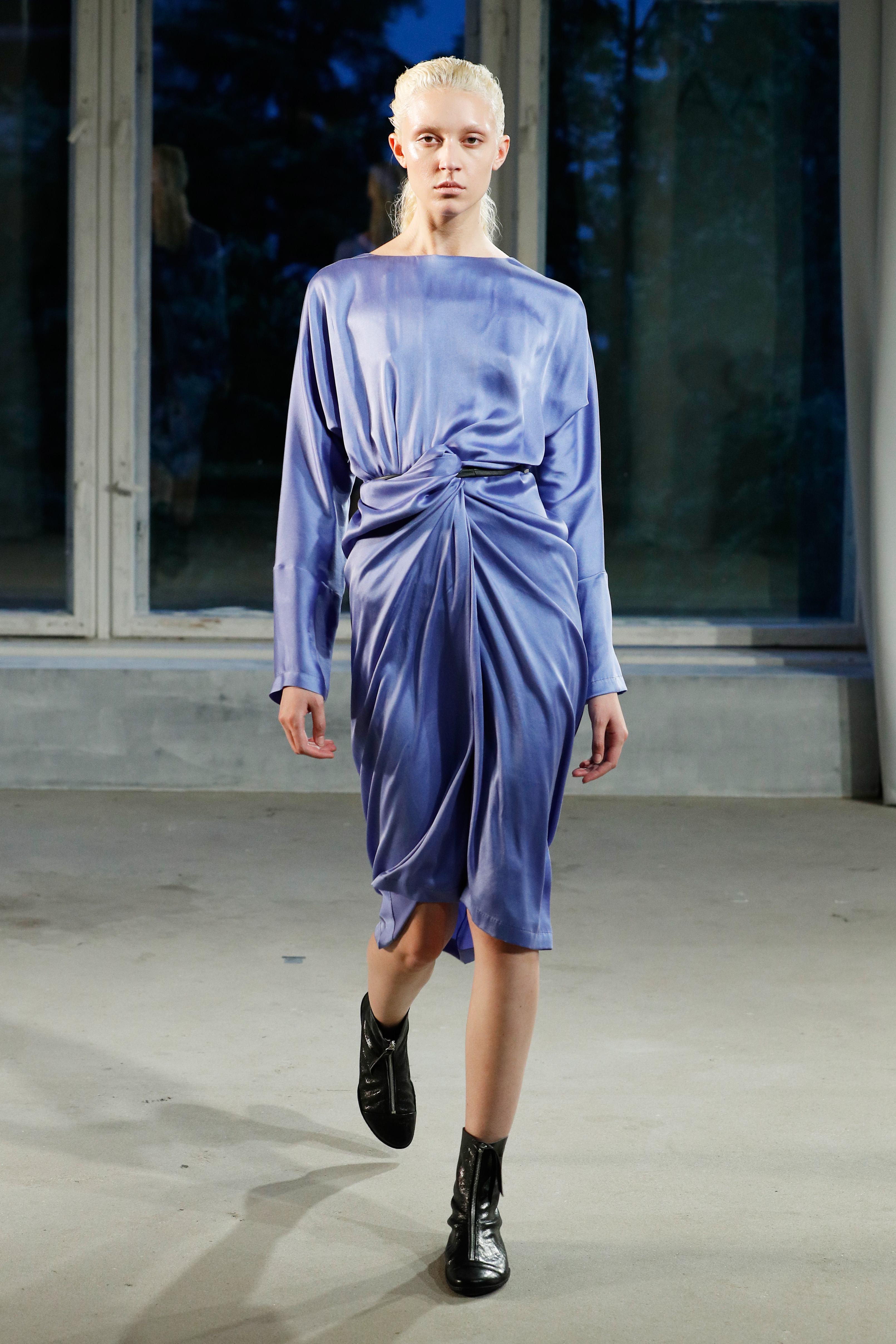 What aspects of the fashion industry would you like to change?

Apparently, it is going very fast. I could live with that but on the other hand there are so many things happening. In a year, some brands are presenting so many collections. There are not enough people to wear it and afford it. I wish that fashion would go back a little bit. I feel that today everybody thinks they know what fashion is, but they don’t. People have to know about the past and all the aspects of the fashion industry. For instance, it is not because I like music that I’m going to make music. I hate when people buy a dress at H&M for € 10 and think they know what fashion is.

What do you aspire to be?

I hope that I stay flexible and open. For my projects, I really like teaching. I’d like to collaborate with companies like I did with Trippen. I keep learning new things. I’d like to do furniture design or jewelry or textile design maybe.