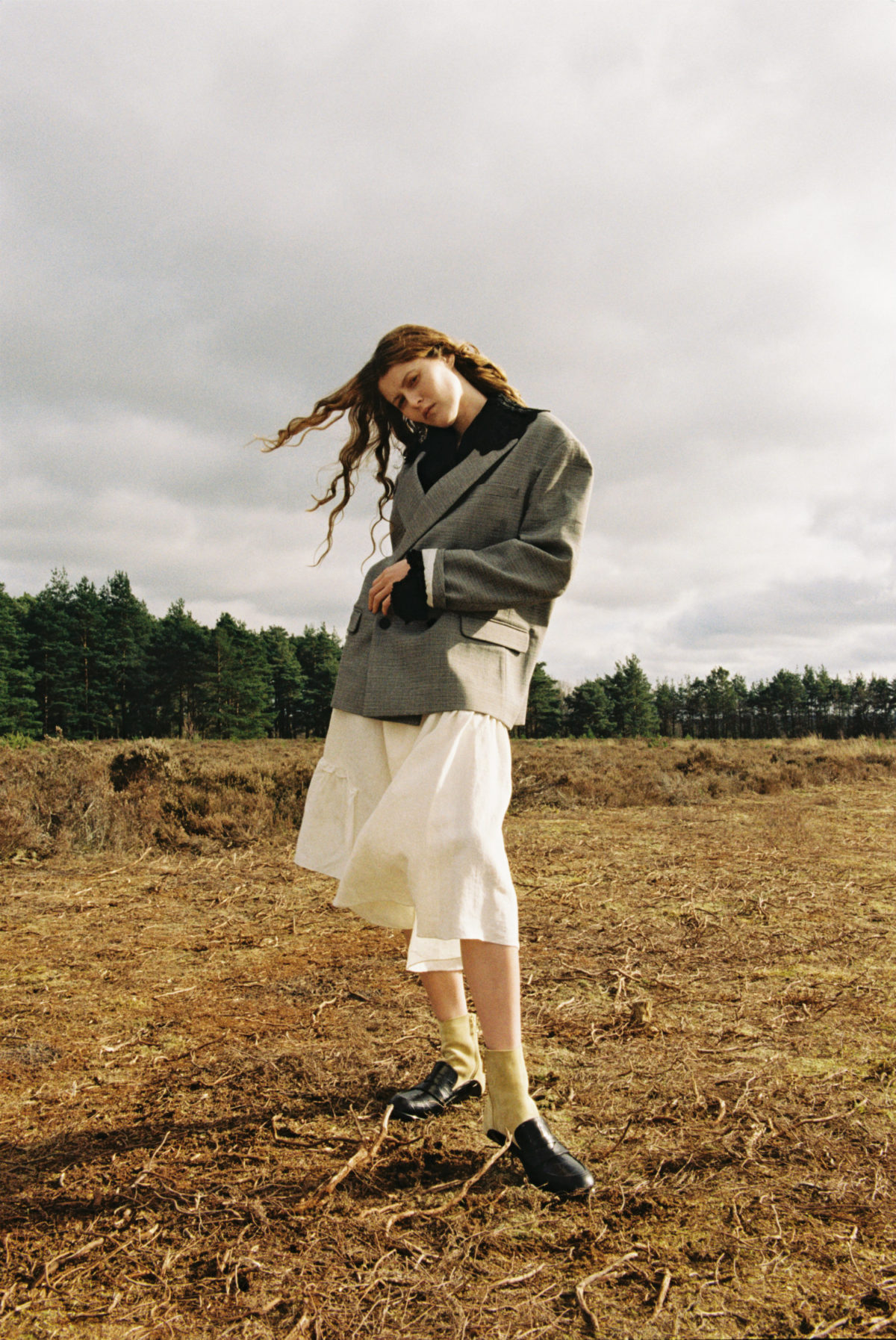 WHY WE STILL CAN’T GET ENOUGH OF MENOCORE

Fashion doesn’t know any rules. However, if you think about it seriously, there is and always has been one particular rule which everyone is utterly eager to fulfil: to dress according to one’s age. It is the most basic yet logical principle of throwing on clothes. At the same time, as a rule itself it is much less questioned these days than any other convention such as dressing according to your gender or job position. Without even noticing it, almost everybody wears clothes which are appropriate for his or her age. Not doing so is considered to be a fail, whereas sticking to the principle is the first and foremost expression of style and taste.

That being said, it is much more surprising to look at a phenomenon that has recently taken over the fashion world: Menocore. First coined on Man Repeller, it has caught a lot of attention throughout all important international magazines and daily newspapers. Consisting of the words “meno”, taken from “menopause”, as well as “core” of the last big anti-trend “norm core”, back in 2014, it describes the trend to dress like a middle-aged woman.

Menocore is everything fashion previously closed its mind to: Linen ensembles, loose-knit sweaters, khaki and jogger pants, blouses that are way too wide with an exposed bra, scrunchies, bucket hats, clunky sandals or slippers, tropical prints, kaftans as well as shapeless dresses, skirts in an undefined length and a lot of rather funny than beautiful and elegant jewellery. These are the garments of the closets of our parents, grandparents and of second hand stores, garments with a story who have proven their longevity and quality, unlike bygone fast fashion purchases.

It is the look of our odd art teachers in High School who used to wear pouchy potato-like tunics plus a statement necklace with a not classifiable relict of a pendant plus metallic green kajal and very big hair. It is also the appearance of women going through their second adolescence because their children left the house which is why they now find time for themselves and whatever makes them happy – pottery courses, silk painting, nude art, climbing or learning Spanish, for instance. It is the guise of elderly Italian or French women drinking a glass of wine in the Tuscan or French Riviera sun. It is the look of Diane Keaton in “Something’s Gotta Give”, the outfits of Cameron Diaz in “The Holiday”, Meryl Streep in “Mamma Mia!” and Susan Sarandon in “Shall We Dance?”. To make things short, a woman Richard Gere would fall head over heels in love with (and as we all know this was not femme fatale Jennifer Lopez in the end).

Menocore is not about dressing the most sexy and feminine – which is what society basically still expects from women and can be pretty weary and annoying, to put the cards on the table. On the contrary, Menocore means to look like the most comfortable and most confident version of ourselves, just because we can and we want it. Not to forget the fun of it! Menocore embodies a very personal spirit of life where one has already found the true self and doesn’t have to prove anything anymore to someone else. It is a sign of feeling truly comfortable in our skins. Of course, this isn’t necessarily connected to any specific age. But for the most part it appears to be a long progress taking place while growing older and usually finds its peak shortly before the menopause.

Menocore means knowing that true beauty isn’t something shallow, it is not having smooth and glowy skin, wavy hair and a perfect butt in that jeans. It is realising and believing that true beauty comes from within. Or, as Harling Ross wrote on Man Repeller: “Menocore is the aesthetic leap to styles we would embrace as middle-aged women, taking us forward in time to a more marinated version of ourselves, our mothers and our world.” Menocore is looking like yourself with the proper amount of an “I don’t care” attitude. It is to put the joy back into fashion, wearing a garment not because of the “look”, but on its own. It’s like saying “In your face, fashion!” – a true relief. Something which we will never get tired of.

Last but not least, it is an attempt of bringing the happy end back to our lives, as seen in every single Nancy Meyers movie.