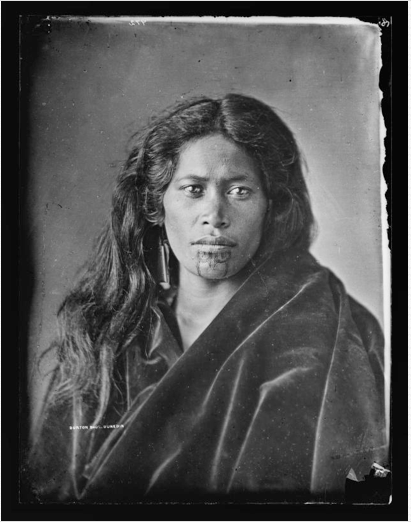 In 2011, sisters-in-law Vienna and Taaniko Nordstrom began to connect other young Maoris with their roots. Remaking historical photographs using temporary tattoos and traditional garments, they had no idea that this hobby project would soon become a full-time job. Today they travel the world with their “Soldiers Rd” concept and have also begun to use and implement their work within the framework of social projects, like workshops with Maori prisoners.

Maori languague seems to function as a bridge to better understand the culture, were you raised bi-lingual?

We didn’t speak Maori in our home, but my grandmother speaks fluent Maori. She was a massive advocate and teacher of Maori language. I guess we are very into sharing and opening a doorway for people who aren’t Maori to participate. And to make them learn more about our culture. That’s one of the main vibes of our whole experience with Soldiers Rd. The cultural sharing and connecting and participation.

Can you tell us how this concept reflects in your workshops in prisons?

We both are convinced that when someone is not sure of his or her identity, he or she will make some bad decisions. When people don’t really know who they are and are not sure where they are from. It’s something completely different to be able to say: “Here I am, I can tell you my tribes, I can tell you everything about my culture. I can guarantee you that I know who I am.” We are trying to empower that identity as much as we can. But we do this through a cool experience and not a sit-down in the classroom. With our photographs we are trying to give people this special portrait and everytime you look at it you are assured that you are somebody, you come from something, you have this great culture that cares about you. 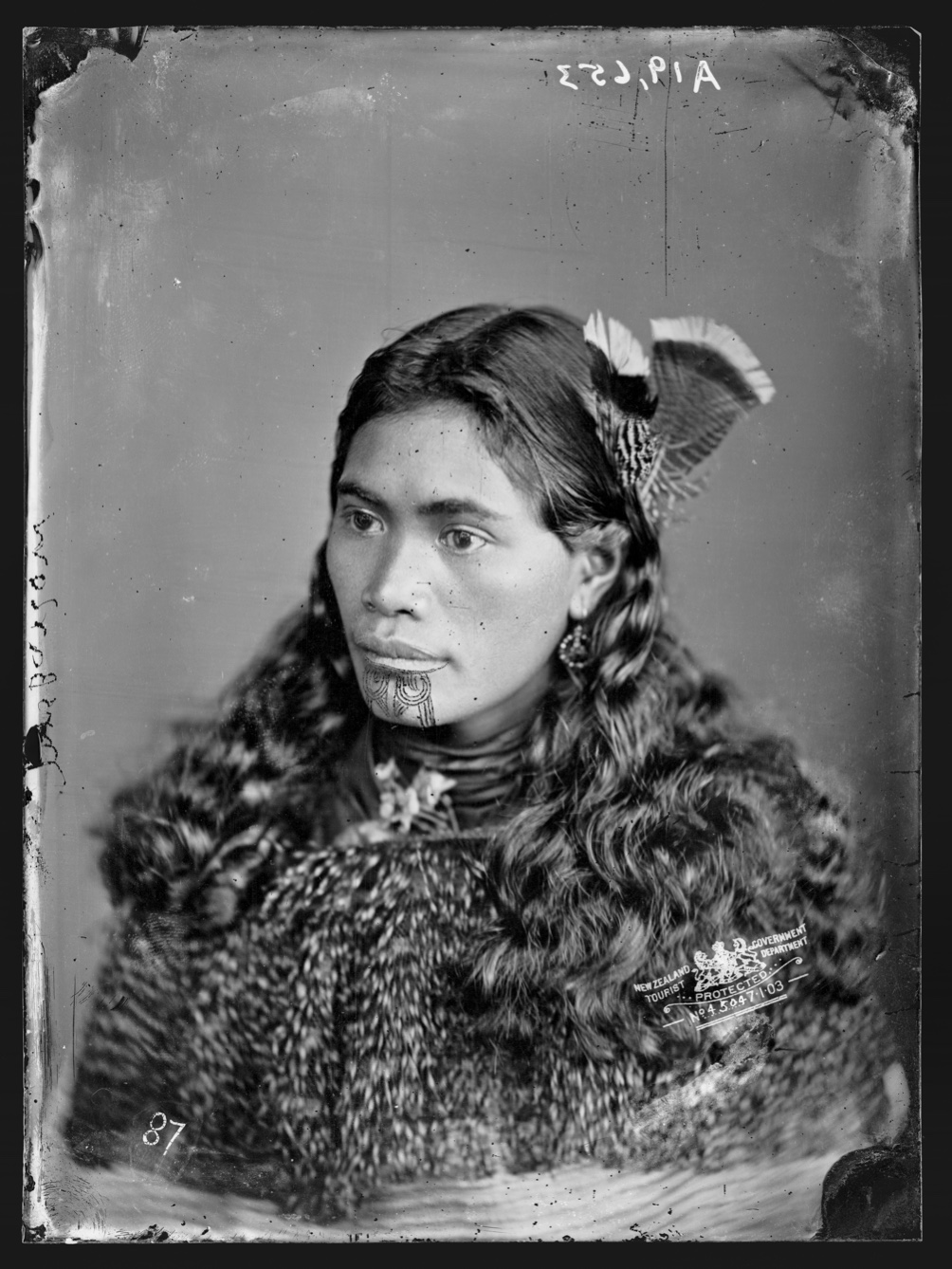 How is being part of the Maori culture defined? Can you, for example, marry into it?

I think you can identify with a place you were born and raised even though your blood is from somewhere else. I have six brothers and my oldest brother was adopted into the family long before the younger of us were even born. He is not Maori, he is Samoan, from a small island in the Pacifics. But he identifies completely as Maori because he was raised in our family with the feelings and all of the knowledge of the culture. Maybe you’re not Maori, but maybe you’re married Maori, so your kids are Maori – then you are part of that culture, too. Culture is a feeling, I think.

Do you often experience people trying to label you?

We went to New York and we met this woman who asked us if we were from New Zealand and we were telling her, that yes, we are, but we are Maori. Then she asked: “Oh but you guys are mixed, right?” because we are obviously not so dark and we were telling her that we do identify as native. She just told us “Oh, but you’re not.” She couldn‘t handle that we identify as Maori, even though we are white. I realized that over there, they give you an identification based on how many blood drops you have of a certain nation and I’m sure that comes from somewhere in the past where people always had to make sure that they were as white as possible. With Maori culture much more important than the amount of blood you have in you or the way you look, is the knowledge that matters. In our culture, there are some people who know all about the traditions. When you know more about the culture than someone else, it’s acknowledged. We have a big Maori festival and a lot of the women performing on stage who are doing the traditional dances have blonde hair, blue eyes and they have the actual moko tattooed on. So it’s not really about how you look, it’s about what you know, how you feel. 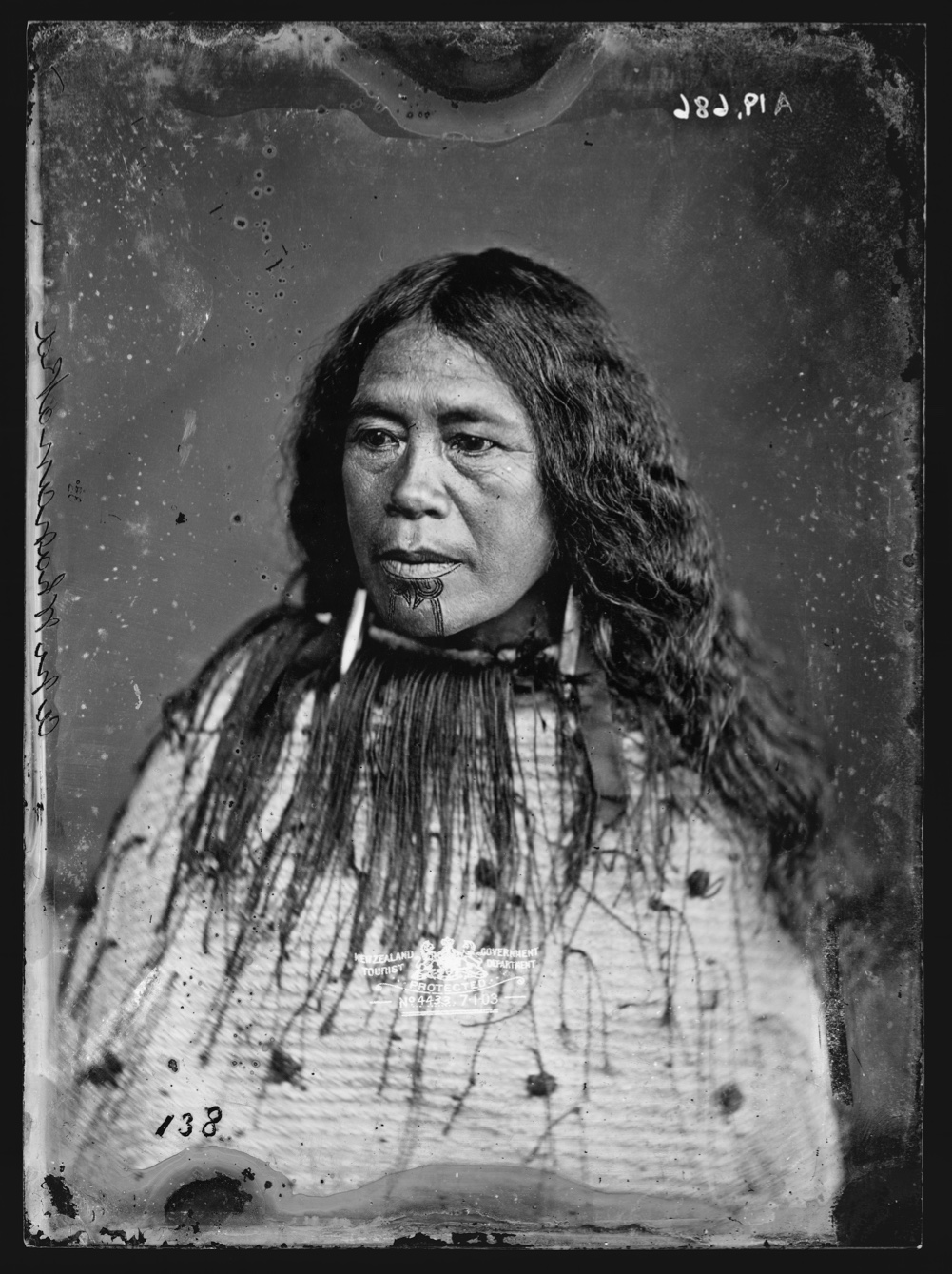 Soldiers Rd is an experience for everyone, and you try to invite non-Maori people to be part of it too. How do you deal with the subject of cultural appropriation in relation to your work?

I think for us, because we are Maori and we know about the history of it and we feel like it’s empowering as Maori, that’s why it’s not cultural appropriation to us. With cultural appropriation, it’s more that people don’t know about the meaning or the history and then are just poking a tattoo on people’s faces and be like “oh, that’s cool.” The culture has the responsibility of being shared because you cannot expect people to use things the right way if you’re not explaining it to them. You need to create a nice, friendly vibe and that definitely comes down to the people delivering it and to the culture itself. The future can put our culture somewhere and create that space where you are positive about it, open about it. It’s awesome to watch. I always feel like it’s people that put up cultural barriers, culture in itself is very fluid. We are an advocate for creating cool spaces where people can come and have a turn at something.

How do you approach teaching young Maoris that have never formed this connection to their roots?

There is a young generation that is not even aware that they are Maori. There is this huge disconnection. In Maori culture, when you walk into a room, you have to acknowledge the oldest people in the room, so you kiss them on the cheek and then you’ll go around. It’s honestly so annoying, but you just have to do it. It’s respectful. I remember being little and never wanting to kiss even my grandmother. So we went to Australia and these young Maori living there, they wouldn’t do it, they wouldn’t kiss everyone on the cheek, they would just slunk into the corner and we were just like “What the heck!” These traditions are what we are trying to bring on them and show them. Sometimes the grandmother would start crying because she had experienced a loss of her culture for so long and now her grandkids were finally connecting again. It’s just such an emotional experience. We were reconnecting a cultural disconnect.

The word warrior seems to be of important value within the culture?

Our culture is very feisty – we fight for what we believe in. A lot of land was taken in the 1900s that was Maori land. In the course of colonialisation they took our country and we fought against them. In the eighties our people walked in long marches to Wellington, to the parliament, to protest. My mum encouraged me to take part in protests when I was growing up, peaceful protests. To protest reminded me that I come from a long line of strong women and that if you don’t protest, it’s not only letting this generation down, but it’s letting all my ancestors down. We almost have an obligation to do it, but it’s a powerful obligation. We are fighters.

When you speak to other young generations of first nation culture I imagine the experiences being very uniting?

Maori culture seems to have a very present sense and connection to the pure and ancient core of being human, of fighting to survive, hunting, being in touch with nature. Looking at modern civilization and all its technical commodities, do you feel you are more strongly connected to this awareness of “being human?”

I feel like we sometimes have a stronger connection of what being human is because we have all of these stories from our ancestors, we have tribes. Before New Zealand was colonized, we had this rich history of fighting for each other. And even when we were being colonized, we were fighting the British. And hunting together, growing our own food, farming. We have all kinds of knowledge of where we come from, our culture and us as human beings. We are quite a new culture compared to other people’s ancestors, we are a baby tribe. One day, I was in camp and I learnt so much about the stars and how our ancestors had navigated themselves to get here. Being aware of all the miraculous reasons why we are here and that there were just 55,000 other people who made it possible for me to be here. To empower other Maori makes me feel very important and makes me feel like I have a responsibilty. I was raised always knowing how important my being was in a cultural sense because of all of my ancestors that navigated themselves through the country and settled here. They fought for me and for our land, they fought for me being able to become an outspoken woman. My grandmother was getting trouble in school for speaking Maori even though it was the only language she spoke. When I think about it, I feel that I have to be even more outspoken because my grandmother wasn’t able to speek freely. 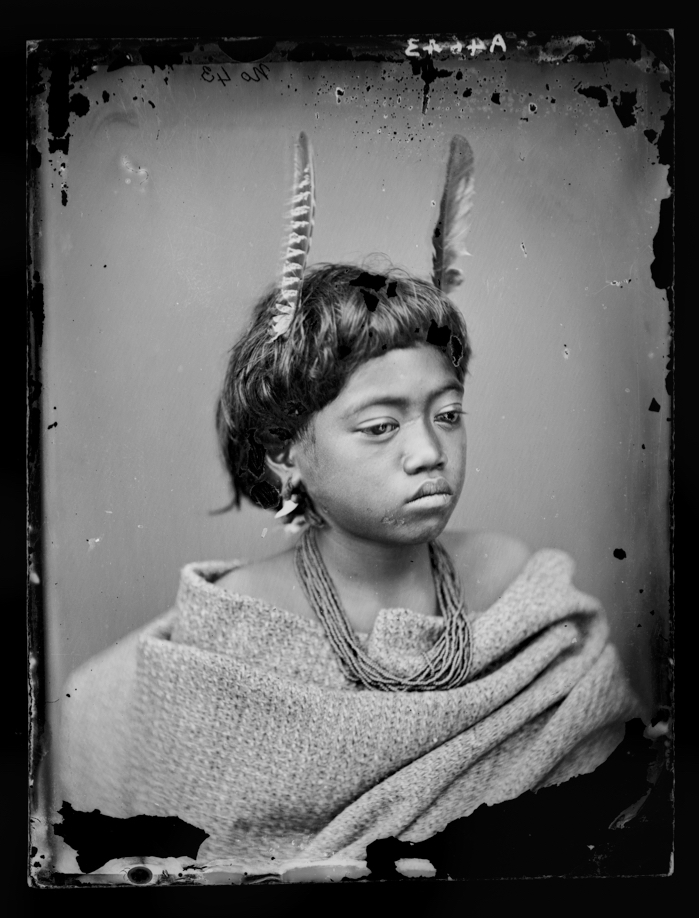 There is not much written Maori language preserved – a lot of history and knowledge is passed down in songs?

There is a love story about a woman from around 150 years ago, from where I am from, and a guy from up here where we now live. The woman was beautiful and the guy who is from here is trying to get her. You just learn about these ancestors from hundred years ago through the songs. We have different songs in our families. Sometimes the songs are referring to monsters, others are referring to weapons, our tribe has notorious weapons. Or you learn about all the different places they stopped on their way to Cambridge.

A lot of Maori terms seem to have a religious connotation, is there a connection?

It may seem that way because we have these important words – spirit, soul and gods – and these are all religious things. But in fact we don’t really use the word Maori as a religion, it’s much more a whole culture. Most indigenous cultures have that element of spirituality and for us it traces back hundreds of years from where we came from. That’s why we are so aware of looking after the land because there is a spiritual connection to it, to New Zealand. When I travel, which we do a lot, and I land back home, firstly I take my shoes off and walk around in the grass. I literally feel spiritually connected to this land. I think that’s universal in our culture and that’s why we fight for it.