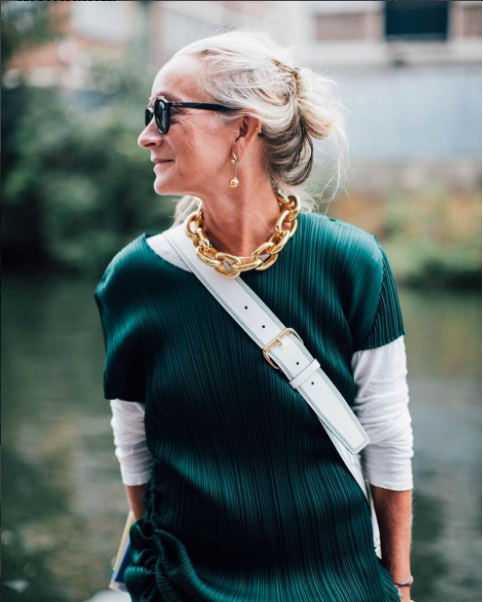 In the interview, she reveals that she was fired from the publication a month and a half ago by the magazine’s new editor-in-chief, Edward Enninful, who replaces the long-established Alexandra Shulman. He is hoped by many to bring something new to British Vogue, thought by many to have become increasingly stale in recent times. Lucinda Chambers had been working at British Vogue for 25 years.

Chambers takes no prisoners as she criticizes the industry as fickle and “reactionary,” naming the worst offenders, including Italian fashion entrepreneur Renzo Rosso, as well as referring to colleagues. Perhaps most controversially, she claims to not have read Vogue “in years,” implying that the magazine, by now an institution, is useless and irrelevant.

It’s not all bad though: she cites Italian fashion house Marni as the “most authentic” company she has worked for, designer Paulo Melim Andersson as “brilliant” and “highly intelligent.” She also says that in spite of everything, she is “proud” of the work she did during her long stint at Vogue.

We’re sure this interview will make her an enemy or two in the fashion industry, but we hope this isn’t the last we’ll see of the iconic and formidable Chambers.