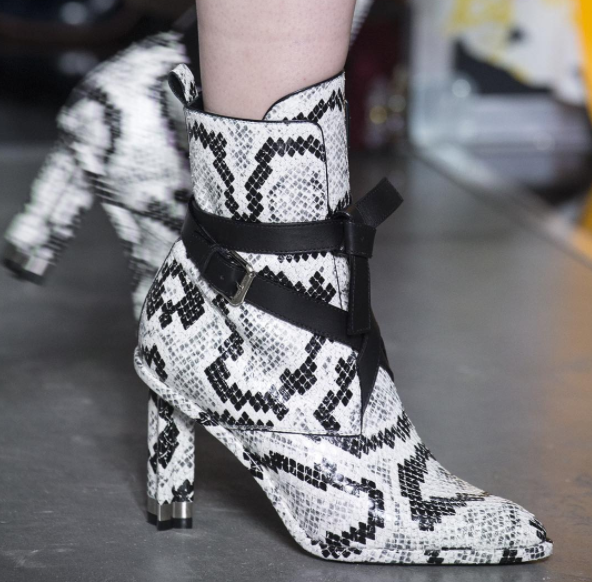 The Guardian has exclusively revealed online that the prestigious brand Louis Vuitton carries out the bulk of their shoe production in Romania. Louis Vuitton has seemingly dodged European regulation that requires brands to clearly state where the product was made. In 2014 the European Parliament introduced this compulsory labelling to demystify the knotted web of globalized production. Items that are produced in multiple countries must attribute production to the country where the goods underwent “the last, substantial, economically justified processing”. This clause is the key to the Louis Vuitton production secret: the body of the shoe is constructed in Romania and then sent to France or Italy where the sole is added and the product is ‘finished’. Thus, qualifying for a ‘Made in France’ or ‘Made in Italy’ label, in accordance with EU law.

The FAQ section of the Louis Vuitton website states ‘Manufacturing our footwear and Ready-to-Wear collections take place in France and Italy’, it then continues, “In all of these workshops, the choice of the finest materials, experienced craftsmen and the extreme care devoted to all manufacturing phases of our items, perpetuate and renew our tradition of excellence and refinement”. Such rhetoric breeds romanticized images of quaint workshops nestled between Alpine villages that are family-run, with techniques refined from generation to generation. This savvy use of language implies that all manufacturing takes place in France and Italy, and fails to divulge the primary stages of the process that take place in Romania.

The factories are a thoroughly guarded secret that have been closed off to the public despite continuous efforts to investigate – this lack of transparency is concerning. However, the Guardian reports that the factory, called Somarest, is a point of pride within the community. The local labor inspectorate confirm that workers are given weekends off work, they are paid overtime and are not exposed to toxic chemicals. The factory increases employment in the region, hiring 734 people from the local area who are paid the average wage for Romanian garment worker wages.

Whilst this revelation may dampen romanticized images of the LV production process, the shoes made in Romania are still stitched by hand, emulating Louis Vuitton’s advertisements, but this takes place in a sprawling factory with workers that are trained on site, learning from co-workers rather than from generations of familial craftsmanship.  Romanian fashion designer Ioana Ciolacu emphasizes an important point that lower production costs do not mean lower quality, nor should it be mistaken for child labor.

This news reveals the primacy of mass-production in safeguarding Louis Vuitton profits in order to maintain its place as the 20th most valuable brand in the world. We are not condemning globalized production lines that bring employment to less developed regions, instead we are making a stand against the lack of transparency in fashion. Is £500 –  £1800 an honest price to pay for a pair of Louis Vuitton shoes that are laced with lies?