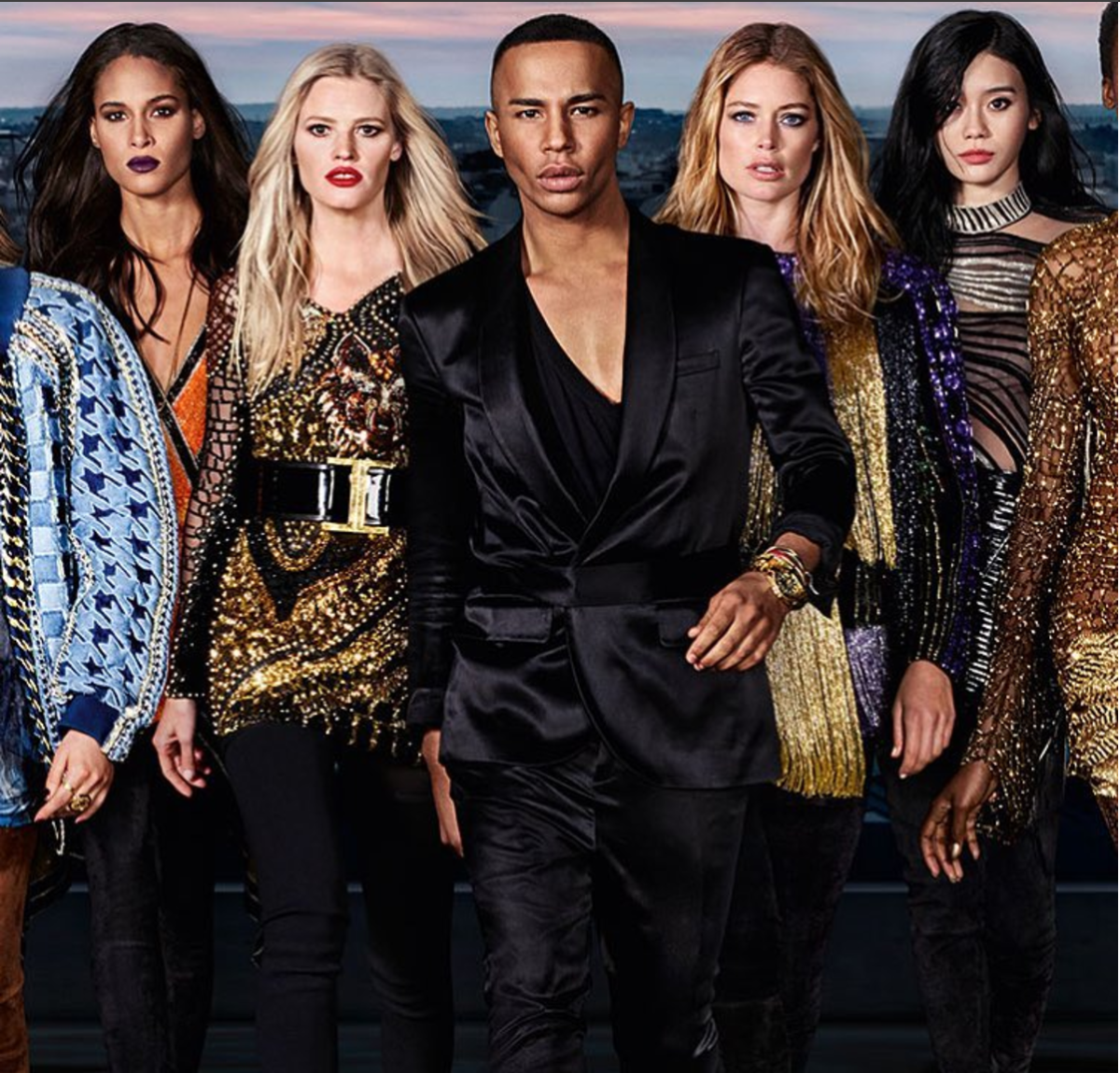 BALMAIN AND L’ORÉAL DIVE INTO DIVERSITY FOR NEW COLLABORATION

Strutting alongside models such as Lara Stone, Alexina Graham, and Ming Xi, Olivier Rousteing definitely is more than just Balmain’s creative director by now, continuously rejuvenating the brand on both Social Media and for its visual appearance – and even starring in Balmain’s newest lipstick collaboration with L’Oréal Paris, set to embrace the notions of empowerment and diversity, gathering 12 shades of lipstick from bright violet to dark green. The range will arrive in jade, marbled cobalt, and jet black tubes, said to be fitting for every complexion, and carrying names describing individual aspects of a woman’s everyday life such as “Liberty”, “Domination”, or “Rebellion”.

“L’Oréal Paris and Balmain share the same strong vision of femininity and the same goal, to empower women and offer them diverse ways to express themselves,” Rousteing said to British Vogue when he first announced his project with L’Oréal Paris in May. “With this collaboration, I’m thrilled to make this idea tangible for every woman around the world.”

The campaign features a Parisian backdrop and 12 models, all of them wearing a Balmain outfit and the new lipsticks. The models, either muses of L’Oréal Paris or part of the Balmain Army, include, apart from Rousteing himself, Doutzen Kroes, Luma Grothe, Maria Borges, Cindy Bruna, Lara Stone, Soo Joo Park, Alexina Graham, Valentina Sampaio or Ysaunny Brito.

The collection will be exclusively released at Harvey Nichols on September 1 and widely available on September 25.