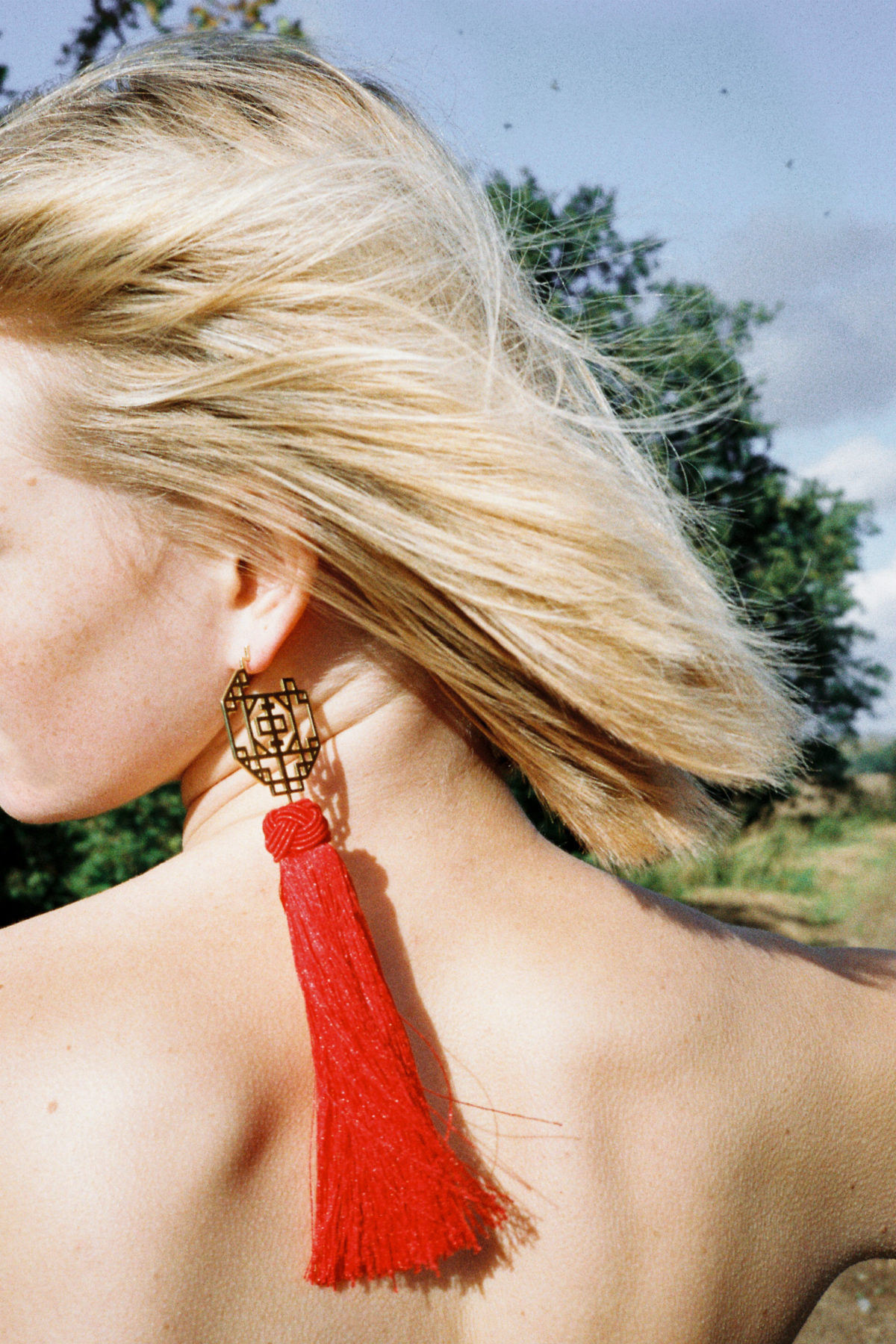 A RAW GLIMPSE INTO LINA ZANGERS’ TRAVELS TO SCOTLAND

When your day to day life starts to feel too monotone and the occasional “Thursday night wine bingeing session with your best friend” becomes far too occasional – it’s time to switch it up. Instead of constantly relying on your local bars, clubs or cafés to ooze sentimental yet stimulating feelings back into your ordinary life; follow the footsteps of Lina Zangers.

Lina and her sister hiked through Scotland, partly following the West Highland way and ended at the northern tip of the Isle of Skye – the land where rural greenery interlaces with space absorbed starry nights. Sleeping in bothies; staying in shelter without electricity or running water, made them feel “really close to nature,” Lina says. She was light packed carrying her only necessity needed to document their journey, a point and shoot camera – “A raw glimpse into our travel showing my sister Inga and jewellery staged in front of the pearls of landscape that Scotland has to offer.”