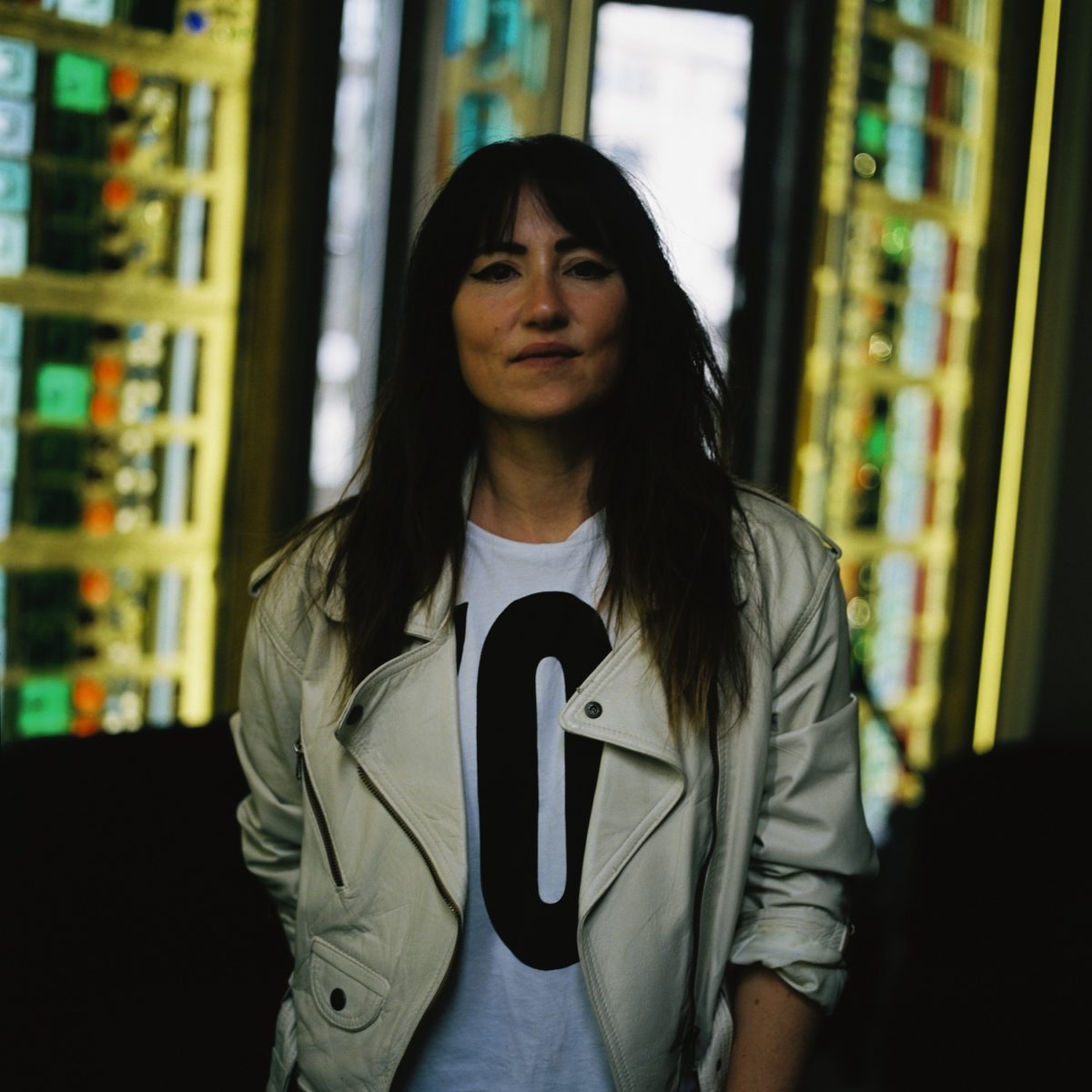 INTERVIEW: GET SPIRITUAL AND POLITICAL WITH SONGWRITER KT TUNSTALL

As a teen you probably sang and danced along to her energetic and fruity popsongs ‘Suddenly I see’ and ‘Black Horse and the Cherry Tree’. Now we’re grown up and so is KT Tunstall too who – after releasing her album KIN in 2016 – focused on completely new challenges, namely writing songs for movies and shows. One of these shows is ‘The One’, an extravagant happening with costumes exclusively designed by legendary Jean Paul Gaultier at Berlin’s Friedrichstadt-Palast. And even though the now 41-year-old artist is strongly connected to the German capital (she recorded her 2010 album ‘Tiger Suit’ in Berlin), she has never played a live concert here. Until she got invited to perform an intimate unplugged session on the stage of the impressive Friedrichstadt-Palast. We met her  to talk about Scotland, how songs can be fortune-tellers and about ‘the future is female’ t-shirts.

You are here in Berlin to see the show ‘The One’ for which you wrote two songs. I read that you want to work more on those kind of projects in the future. How does the creative process differ from when you write songs for yourself?

Well, you’re working for someone so that’s the main difference. My most important job is to continue to not care what anyone else thinks or what anyone else wants. If you give in to doing what other people want from you as an artist, you’re lost. But it’s completely the opposite with projects like this or a film where you are really employed by the director to deliver something for their vision and that’s why I like it so much actually because it’s a collaboration. With this project I was given very strong parameters of where I could go and it’s sort of like solving a puzzle and I really loved being part of that bigger team.

I heard that you once said you finally came to term with being a pop songwriter. What does it mean exactly?

I’ve had a very weird journey as a musician, which many people probably don’t know. When I made my first record we made it in a very old house in the middle of the countryside and it really sounded like an indie garage record. It was really raw, like live, me and the producer where playing most of the instruments and then my record label took my record and mixed it, and I wasn’t part of it! I was very upset actually, because I didn’t know what was going on. When the record came back it sounded a lot more pop-mainstream and I was really destroyed, I was so sad. It was supposed to be an indie record! But then of course it sold like 5 million records and I couldn’t really say “I don’t like it” – I did like it. I learned to like it, it was just not what I intended to make. Then I became very famous for these two super pop songs, which are definitely part of who I am, but I’m actually more of an indie artist than a mainstream artist.

In what way did you feel different from a regular pop artist?

I just felt in the wrong skin. The modern idea of a popstar is Beyonce, Rihanna or Taylor Swift and I don’t really feel like that’s who I am, I feel much more inspired by PJ Harvey or Chrissie Hynde or Jenny Lewis. I’m more focused on the craft of the artist itself and this whole pop thing is kind of more manufactured and there is a team of people making these songs – that’s not how I work. So for a long time I struggled with the label of being a popstar and then just these last few years I’ve had a bit of a personal growth phase and I realised it’s definitely part of who I am, I write very catchy songs, melody is a big thing for me so it was very liberating to just stop worrying about what kind of music I was making. 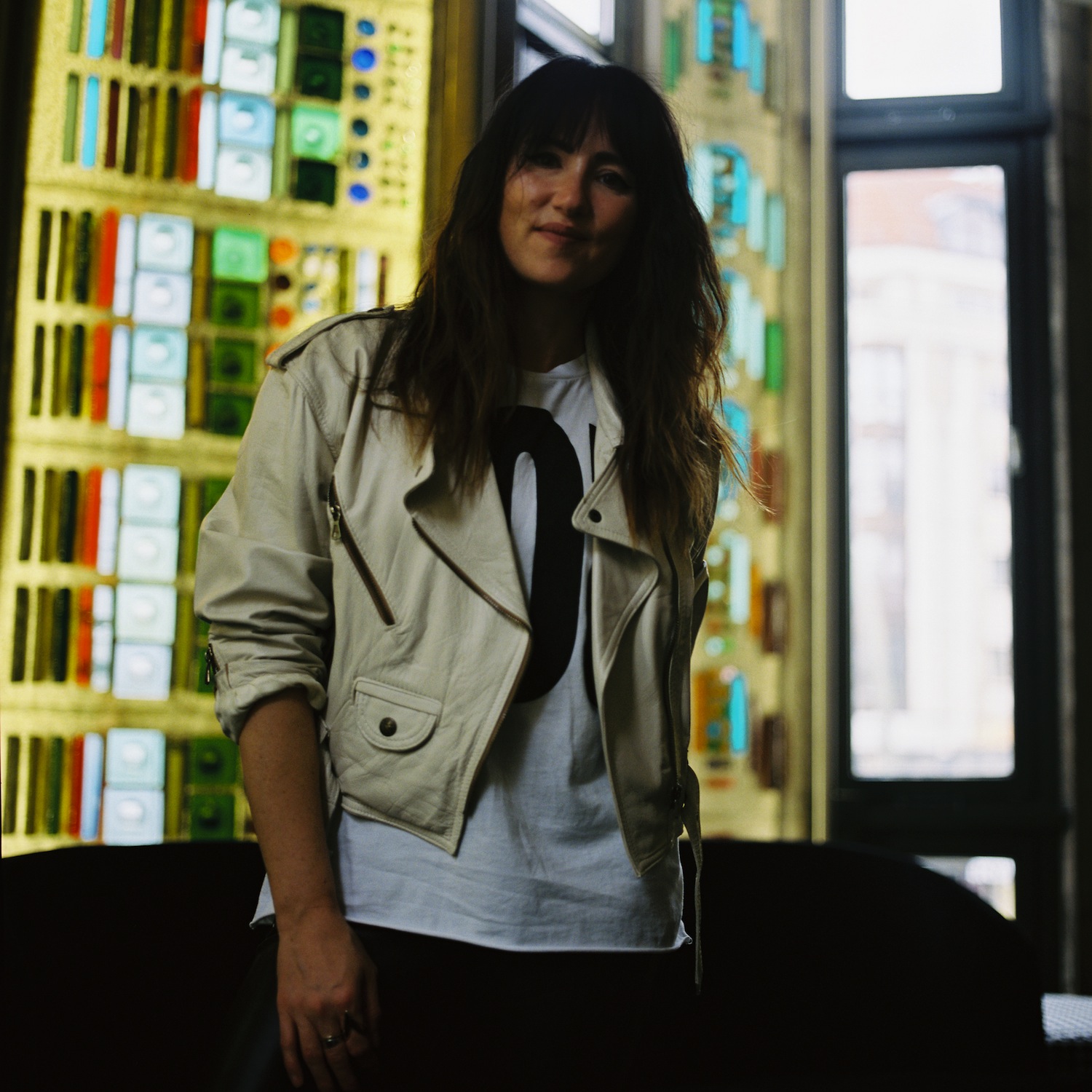 Our latest issue is the supernatural issue: when do you feel supernatural? Does it ever happen?

Yeah, I believe music transcends language. It’s why I really enjoy writing for film because it’s writing music that often has no words and I think that music is such an ancient art and it’s something that people have done forever, it makes people come together, it’s a portal, a key to connect to something much bigger and it’s quite spiritual I think. I think it’s a spiritual and meditative experience and I certainly feel it and see it when all these strangers feel very connected when I’m playing and we are all experimenting music together. Music takes us and rises us above being human somehow. But songs can also be weird fortune-tellers, they can kind of be psychic. In my last album, ‘Invisible Light/Crescent Moon’, I was writing songs about things that hadn’t happened yet. I wrote a song about what happens when you die and somebody has to take to where you are going to rest. The song is called ‘Carried’ and is about someone that has to take you to your final destination and you need to trust this person. And three months later my dad died and I had my dad in a backpack, I was carrying his ashes to London. I had no idea he was going to die and I’m literally carrying him and I wrote this song called ‘Carried’! Sometimes it can be two or three years where something much deeper in you is speaking and you are not totally sure what a song means and then you find out later and it feels super magical!

You’re Scottish, is Scotland a special place for music?

Scotland is a really incredible place! Compared to, say America or many other countries that have huge creative output, Scotland has an insane amount of successful musicians coming from this tiny country. I wonder if it’s a weather thing, because Iceland has the same thing, I feel like there are a lot of amazing bands that are coming from places where you can’t really go outside for almost half of the year so I think that people are sitting and playing as a way to entertain themselves, a way to keep themselves alive during winter.

Let’s get polictical! What do you think about Brexit?

Scotland always had a very strong identity and I will certainly always call myself Scottish but I don’t feel deeply rooted anywhere actually. I live in LA now and I am very happy to be a nomad, it feels like my natural way of being but I definitely feel a kinship with Scotland and would love seeing it do something, I would love to see it independent because they are very sensible people, they have a reputation of being tight with their money which is good for this kind of situation. I don’t think they would be irresponsible to take that decision. And it is very unfair because they were told by London that if they voted to stay in Great Britain the first time that they would stay in Europe and a year later they’re leaving Europe. That’s why I think that they’re within own rights to do their own thing. I think Nicola Sturgeon (Scottish first minister) is amazing, she is – out of all the people in power at the moment – my favorite leader. She seems like a leader, she actually really stands for something. Today I feel like all these leaders are saying what people want to hear and do not actually stand for what they are saying. There is also a really cool contingent of female politicians in Scotland right now – like the MP Mhairi Black for example – they are all super strong inspiring women. 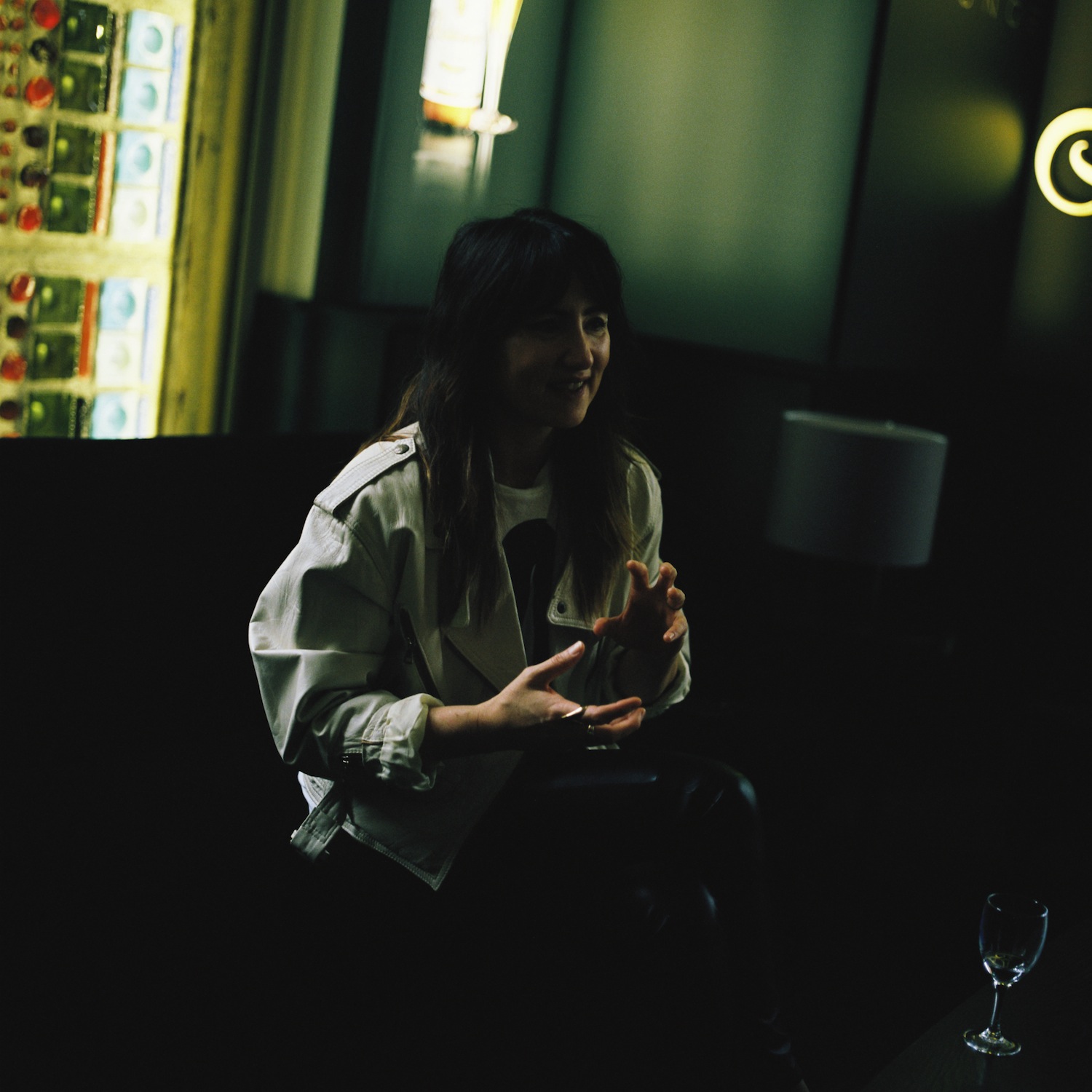 So female empowerment is something that is important to you?

For sure! It’s a really interesting time, it feels like the closer the tipping point comes to real change, the more the old school will fight. This is why Trump is in power. They can feel that there is a change, but they want to keep it the way it was. I went to the women’s march in DC, which was incredible! I get kind of pissed off when I see people wearing these “Future is female” t-shirts, I don’t think that’s helpful, I just think that’s a flip of the patriarchy, and yeah sure it’s good to have empowering messages but I think we have to be careful of repeating the same mistakes. As women, there is no point in trying to fashion a future with no men. So I feel very strongly about equality. I read a great article about – and I forgot by who it was – but it was saying why do we go for equality, why not imagine something even better than that and of course men and women should be equal but we should not only strive for where men are now but for something further than that, we should push ourselves and dream big. I do feel something is happening and I feel very positive about it.

You live in California, you recorded your last album there too: what does California mean to you?

Well yeah, when I was four years old my dad was a physicist and he had a sabbatical to UCLA so I actually lived in LA for a year as a kid, and it’s my first memories so yeah there is an imprint, it always felt familiar to me and I never thought of living there because I was going there for shows for ten years and I would get to sunset strip and Hollywood and get wasted and leave and that was it! Then I got some work in Santa Monica by the beach and I stayed there for a couple of days and I loved it! There was a great creative vibe there. I needed somewhere where I could have some off time from work and London where I lived before is not great for that. It’s just work work work! I absolutely adore London but not to live there, it’s just too fast.

What is the last thing you think about before you get on stage?

All pictures by Daan Dam