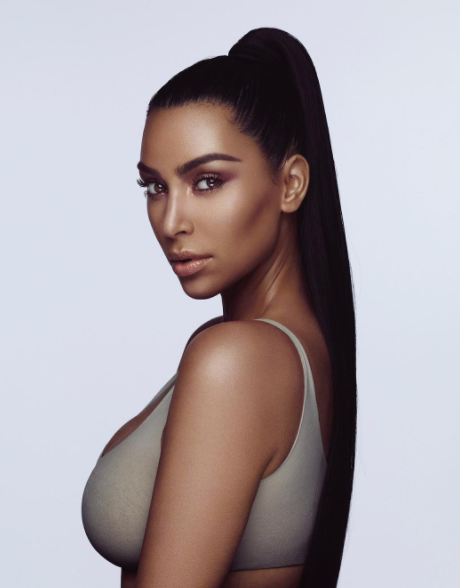 KIM KARDASHIAN IS BEING ACCUSED OF BLACKFACE

The general consensus in response to Kim Kardashian’s new makeup line has done a U-turn since we first reported the launch of KKW yesterday. Soon after, the business mogul posted a photo of herself wearing a heavy layer of contour and highlighter, and announced that this would be the first product in her highly anticipated beauty line. After releasing an image of her creme contour and highlight kit, disenchanted fans have taken to Twitter to accuse her of blackface, commenting on her seemingly darkened skin due to a combination of makeup and lighting. Kim K is not the only one to come under fire for what is colloquially referred to as ‘blackface’, LA based makeup artist PaintDatFace has also been subject to criticism.

One user tweeted “Black women get told to lighten. Meanwhile, Kim spends her entire career in perpetual Blackface and is lauded for her beauty”. Another user uploaded side-by-side images of Kim with and without the contouring to illustrate the extent to which her skin has been darkened in the snap.

Wow Kim! You’re so beautiful even in blackface! For reparations can you plz send me zebra Yeezys in sz 13. Love you!!!!

You dont have to do blackface pic.twitter.com/MLcJ5Hbg9R

Earlier this week younger sister Kylie launched a line of camouflage print clothing that looked suspiciously similar to the designs of a black-owned company named PluggedNYC, who sent the reality star the bras and sweatpants not long before she released her own ‘versions’.

The black owned company that Kylie stole her camo clothes idea from is posting the receipts of when Kylie ordered from them and I’m LIVING pic.twitter.com/4r0xEwhw6o

Arguably, the Kardashian empire has been built upon white women’s interpretations of black womanhood – large booties, box braids and plump lips. They have made trends out of attributes that have traditionally been mocked, and are making huge profits out of it – the family are worth an estimated $450 million. A key question we must all ask is whether the Kardashians are appropriating black culture – or appreciating it?

Kim is yet to respond to the controversy, and the highly debated photo still remains the focus image on her Twitter page.