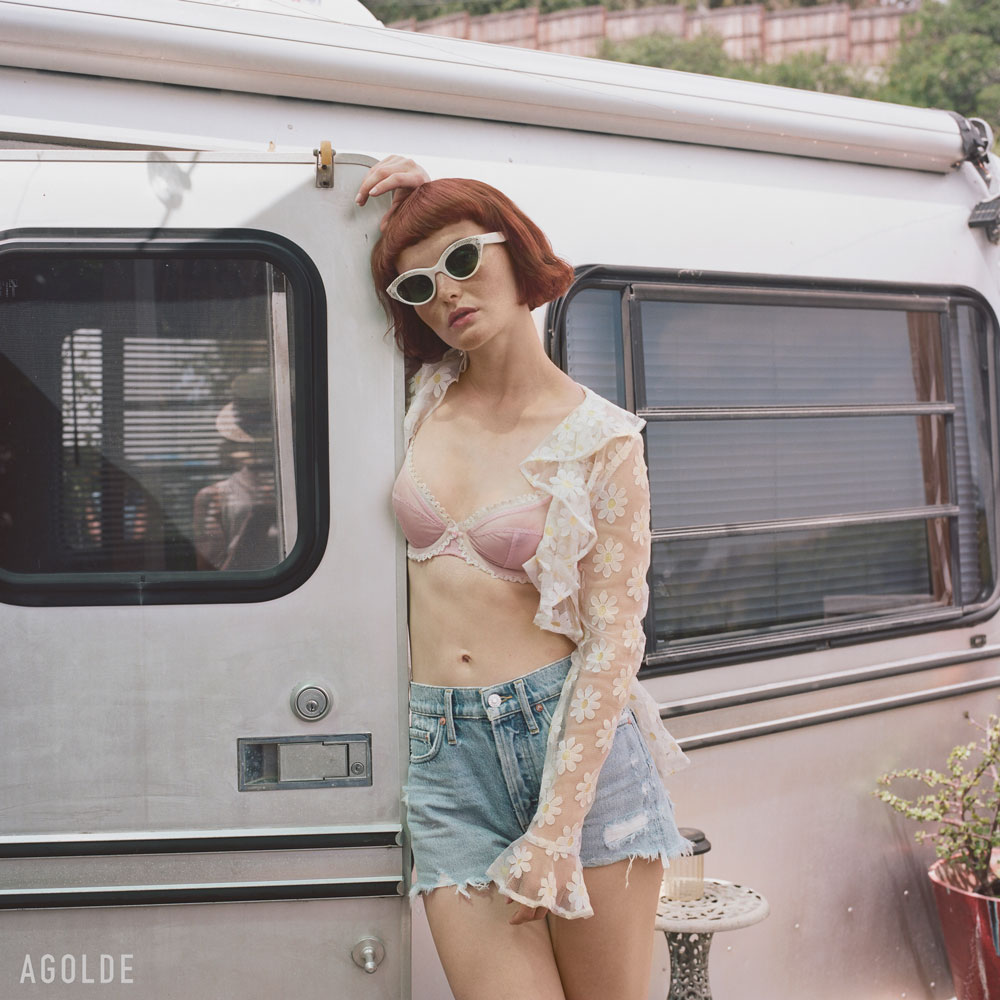 WORDS FROM KACY HILL, THE KANYE PROTÉGÉ ABOUT TO DROP HER FIRST ALBUM

When luck had Kanye West listen to the second song Kacy Hill had ever written, she was signed to GOOD Music on the spot. After two and a half years of refining her sound and taking in some very vague, very Kanye advice to really think through the message in her music, the singer is ready to share her debut album, Like a Woman, with the world. Eighty Nine, the collaborative project of Agolde and Citizens of Humanity, speak to Kacy Hill just before it drops to gain insight into the mind and vision of an artist who we’re willing to wager is about to become very famous. 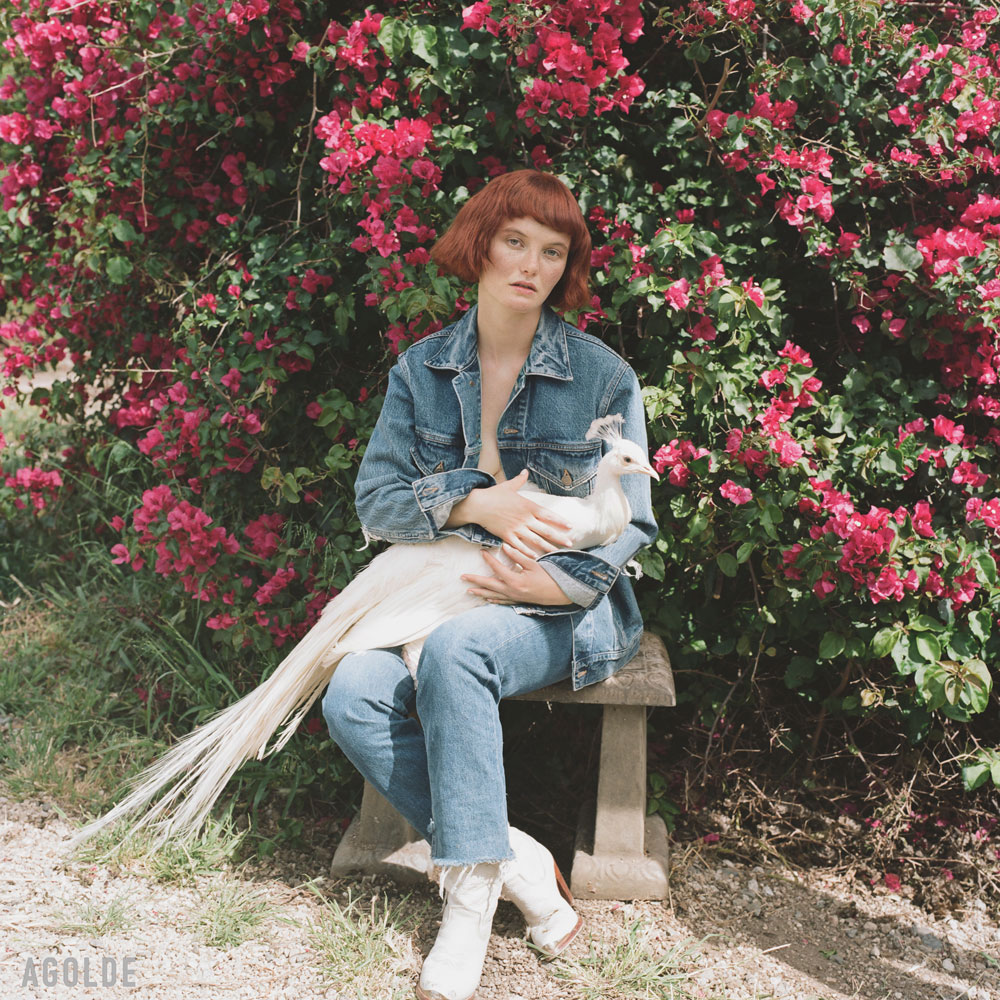 You’re dropping your first album this year—what do you hope people take away from your music, and from you in general?

The biggest thing for me as an artist and as a woman is that I’m trying to create an aesthetic, a world from the ground up. A lot of that comes from doing what I think I should, not doing what anyone else wants, and just letting it happen organically.

With the album, I hope that people can feel strength in feeling feminine. I think that femininity can be a really scary thing, for myself included, and some of what I’ve tried to convey is the amount of power that comes in being vulnerable and feeling feminine. I also talk a decent amount about being alone in my music, which I think has been a pretty big theme in my life.

I think that a lot of people are terrified of being without someone else. I’ve spent a lot of time alone, and I’ve always liked it. You have to find the balance between being alone and being lonely. So, there’s a lot about that, yeah, which ties back to the strength in vulnerability.

How do you figure out how to just be yourself and just do what you want?

I think it comes from separating myself from things that are just extensions of my environment, and exploring as much as possible, like, in every sense of the word—figuring out what makes you feel good and what doesn’t, and what your boundaries are.

Your first really big break was getting hired to be a part of the Yeezus tour as a model/dancer. What was the process of getting that gig like?

I moved to L.A. when I was 18 and I didn’t know a single person. It had been a year since I moved, I was working at an ice cream store and I quit even though I didn’t really have any money, and I was like, “Wow, that was kind of dumb, but I feel like I’m wasting my life.” And then literally two weeks later I got the Yeezus tour. It felt really serendipitous

What prompted the move to L.A.?

Growing up in Arizona, everyone goes to California for the summer, and it was always a dream to live there. It almost seemed scarier to stay. There are so many levels to anxiety, but part of it for me is getting stuck in places and not being successful, not feeling like I’m doing enough. So that drove me to be like, “Oh, I need to go somewhere else. I need to do something.”

And I think to have a creative motivation and mindset, there is a desire to test your limits and see what you can do. And I guess when you go somewhere different, when you move away, it helps you find yourself apart from what you were as a kid or what you grew up with.

So, when you got this gig on the Yeezus tour, what gave you the confidence to ask Kanye West to listen to your music?

I didn’t ask him. I don’t think I ever would’ve had the confidence to ask him! Somehow he heard it through other people working on the tour. It was crazy, but in a weird way it felt kind of inevitable.

How has he personally affected you and mentored you in your music?

He helped me find my intention better, to refocus the album, and he gave very vague, very Kanye advice—I think that’s kind of the best advice you can get for creative work—just to really think about what you’re conveying, the sentiment, and he also talked to me about minimalism. 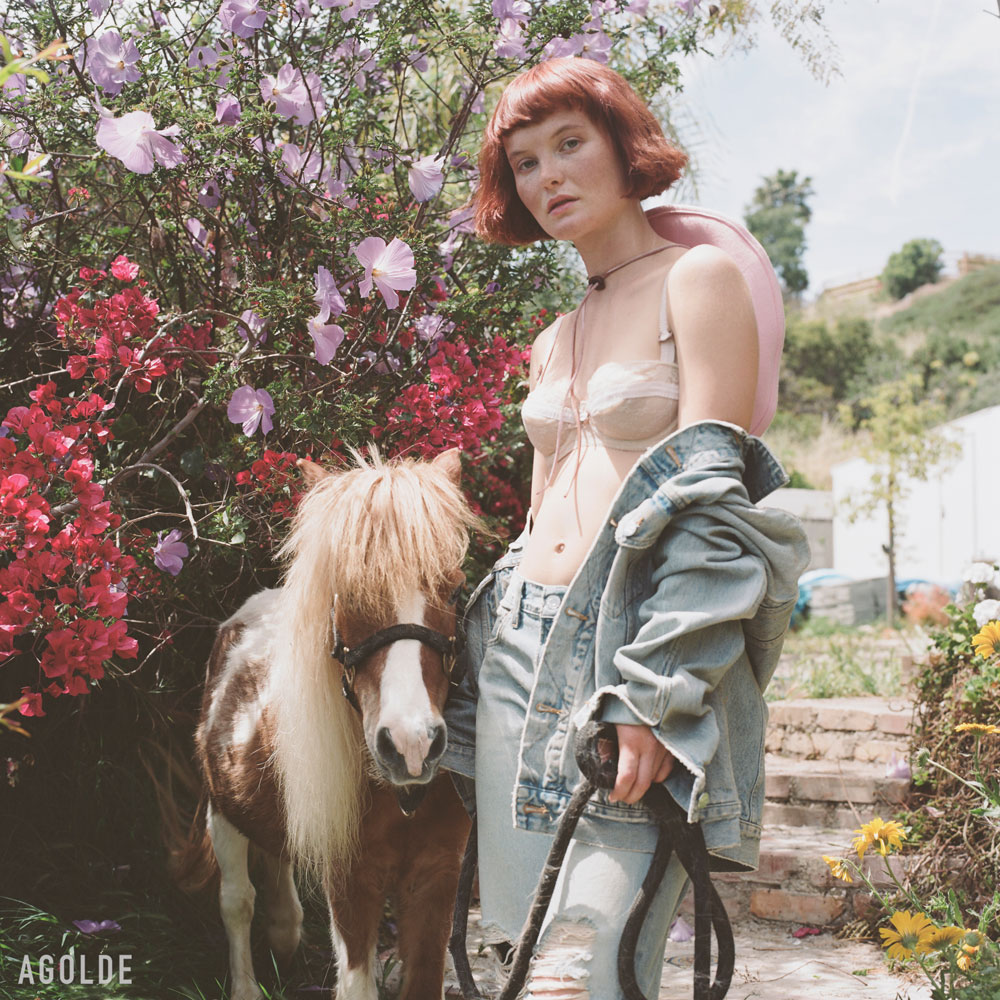 What’s been the most surreal experience you’ve had since your career took off?

Oh, man. I feel like the whole thing feels surreal, like it’s still not really happening. I guess if I had to pick, it would be going to meet Kanye
in Atlantic City, like, three-plus years ago. And I got signed off the second song I ever wrote—that’s insane! It was a little terrifying and just strange.

You have such a calm, peaceful energy—even on our shoot you acted like it was totally normal to be holding a chicken, wearing a cowboy hat and bra! I imagine working with a cultural giant like Kanye West can be intimidating—what gives you that ease?

The chickens were fun; I liked them! I’m glad you think I’m calm. I think that has to do with growing up with anxiety. Part of having anxiety is
that eventually you find this kind of balanced space, at least for me. I also think that everything I’m doing now seems like it was supposed to
happen. Not that I don’t feel shocked by it, I’m really grateful, but it almost just feels like I’m just kind of on this path.

And the only thing I really care about is making stuff. I think meeting and working with certain people is amazing, but at the same time it’s all about just making things that have a lasting impact on this world. When you’re working toward this common goal, it makes things seem less intimidating.

What do you value most in a producer or collaborator?

I like working with people that take time on things and are thoughtful and meticulous. Because that’s how I am and it just makes me feel calmer
to work slowly. I value people that are open to ideas and trying new things and that, at whatever level they’re at, are open to input and someone else’s thoughts and criticism. And of course, people that just really, really love what they do and also love what other people do that are in their field. So, it’s like you’re just doing it because it’s what you do.
It’s what makes you happy.

What made you decide to pursue music in the first place?

It sounds super cliché, but I always sang growing up. I was never not singing. It drove my mom crazy. I never thought that I would do it as a career, but after I moved to L.A. I met these people who were like, “You should do it. You should write songs. You can sing.” And I was like, “Oh, I don’t know. OK.” So, they basically sat me down and were like, “Write a song.” And I decided to write a song and that’s kind of where it started. 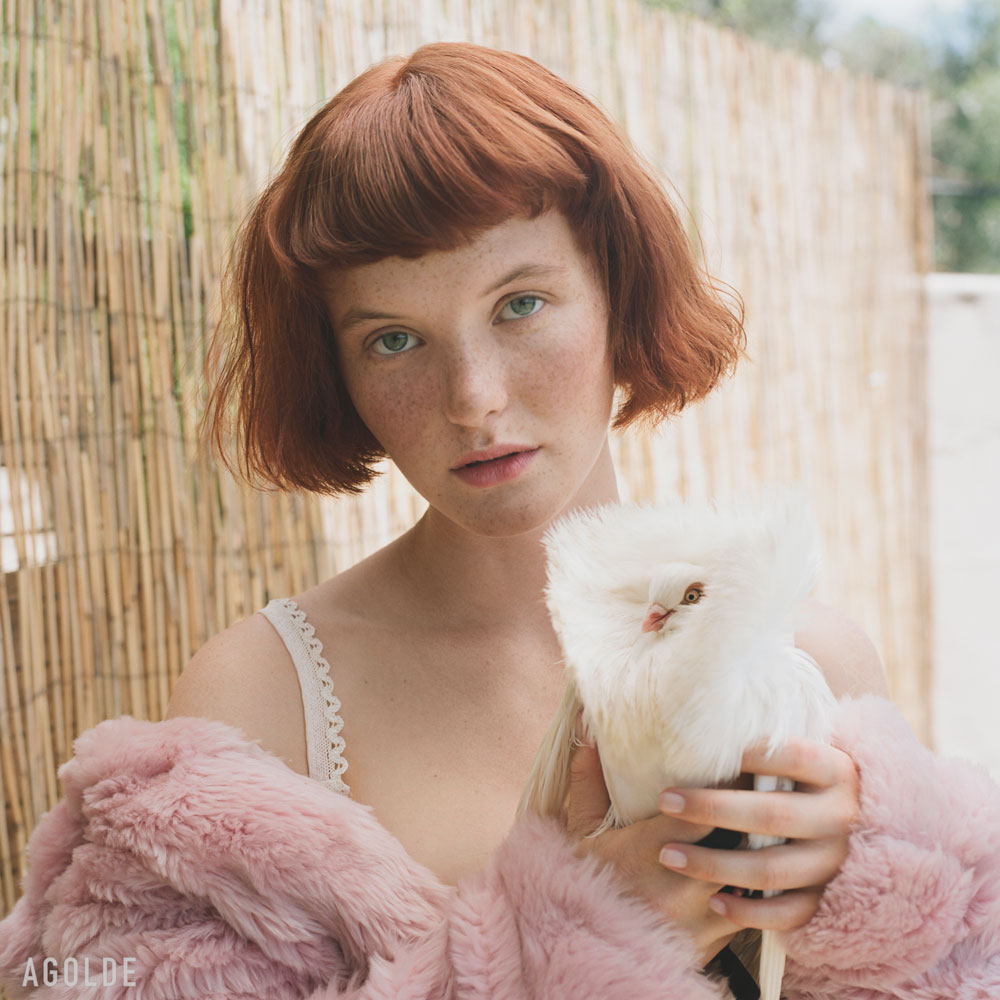 It’s all me. So, everyone can know my life now.