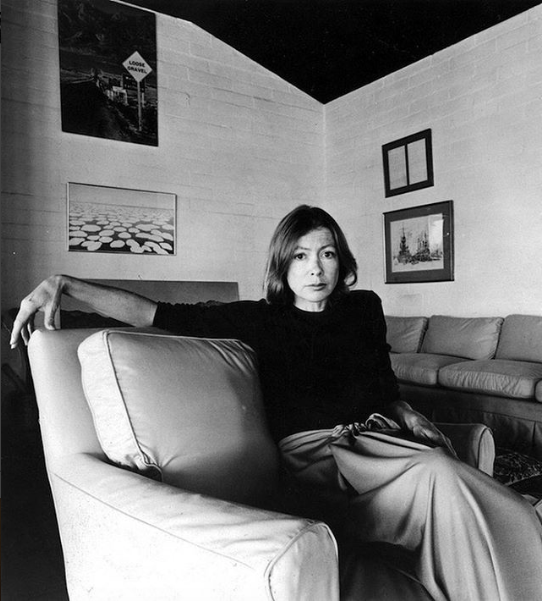 A JOAN DIDION DOCUMENTARY IS ON ITS WAY

A Netflix documentary about renowned American author Joan Didion is in the pipeline – and we won’t have to wait long to see it. Set to be released on 27 October, premiering at the 55th New York Film Festival, Joan Didion: The Center Will Not Hold is directed by her nephew, actor-producer-director Griffin Dunne. The film, previewed below, features footage from Didion’s life, including spending time with music legends such as Janis Joplin and Jim Morrison.

“It is a tremendous honor to have the opportunity to convey the life and work of my aunt, and literary icon, Joan Didion,” said Dunne in a statement. “This documentary is a true labor of love and to partner with Netflix, who will help bring this to a global audience, is more than I could have hoped for when I started on this over 5 years ago.”

Get a first glimpse at the Joan Didion documentary The Center Will Not Hold below: