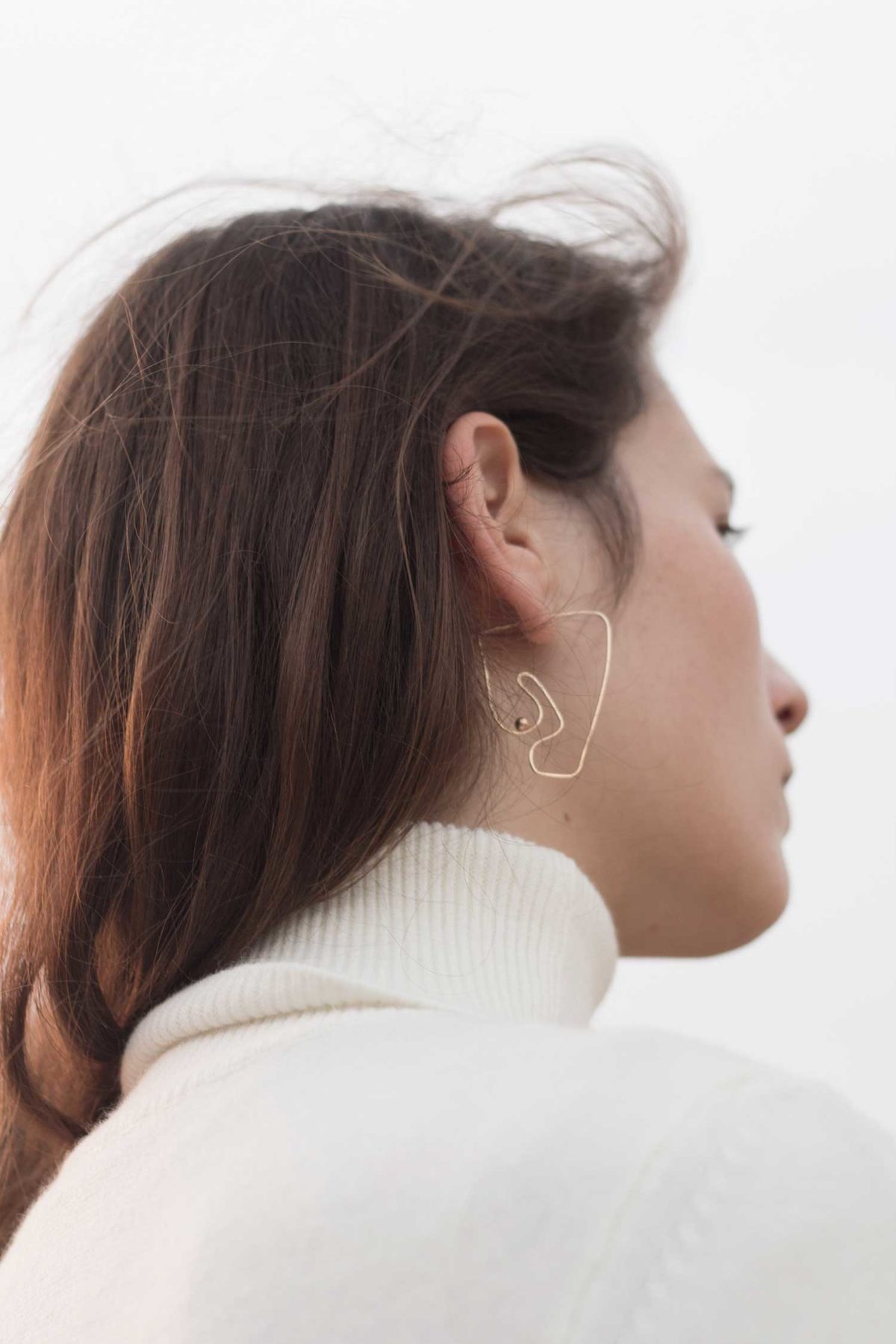 EXPLORING THE FEMALE BODY THROUGH JEWELRY WITH KNOBBLY STUDIO

Dangling from earlobes all over Instagram, the abstract jewelry of Israel based brand Knobbly Studio is as ubiquitous as it is unique. With pieces resembling abstract nude forms, immediately recognizable as something inspired by the human body still refreshingly stripped back when it comes to the visualization of it, the shape often only defined by one line, Knobbly Studio celebrates the naked female form in its simplicity and variety.

The woman behind the jewelry is founder and designer Gittit Szwarc, the artistic force behind the nude forms Zurich based tattoo artist Laurie Franck. Together, they wanted to explore women in an abstract, minimalistic way. After first discovering each other on Instagram and handling the majority of their collaboration via Direct Messages, Gittit and Laurie first produced a T-Shirt with one of Laurie’s drawings before quickly progressing to earrings, necklaces, and pins when they discovered the impact their joined creative ideas were having – particularly because of their current approach to femininity. 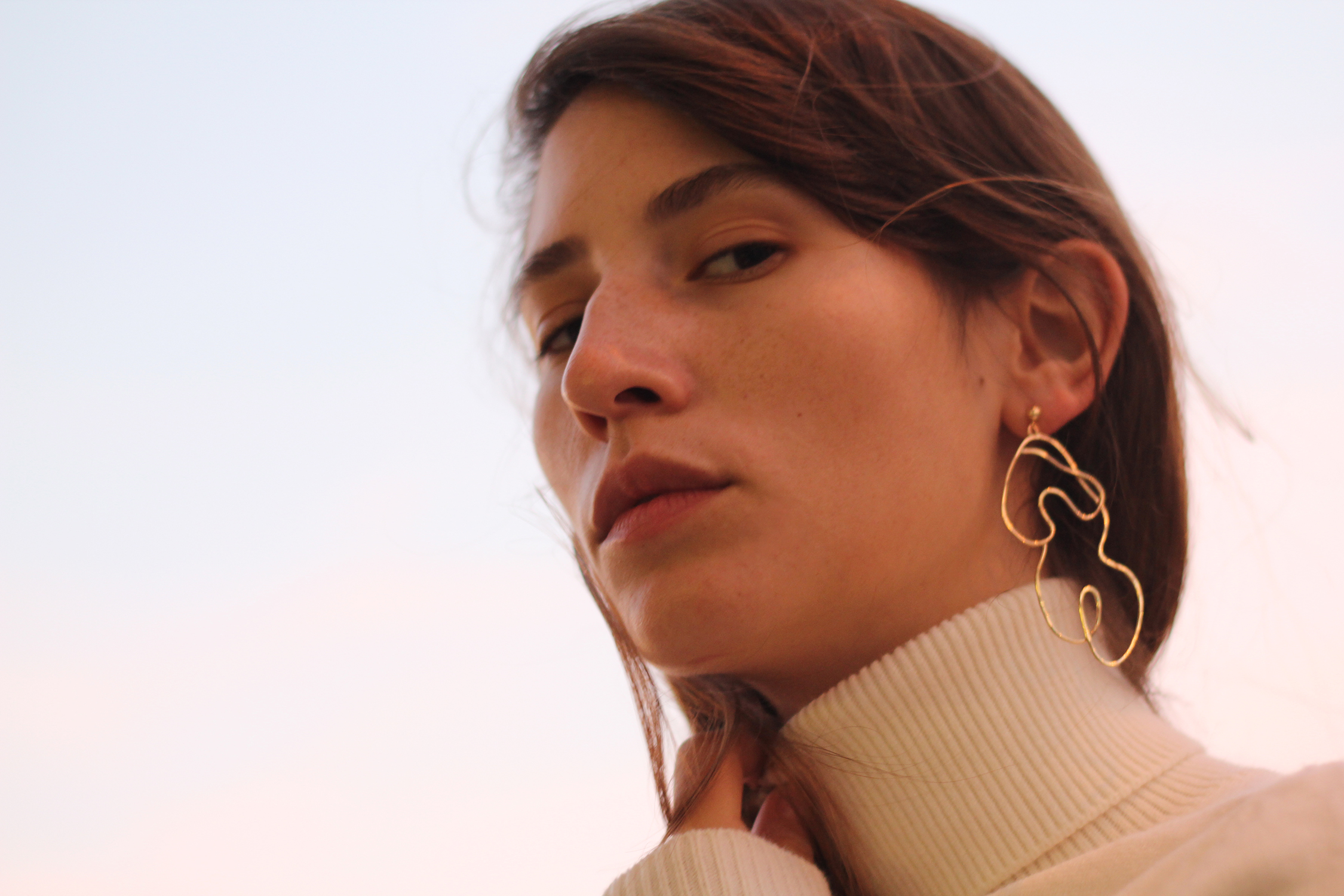 “Laurie is really good at presenting the female body matter-of-factly; sometimes she draws forms that are very sexual, but only when she chooses to, and I think that is so important for our time,” Gittit explains the aesthetics, “Some of her drawings could almost be just a random line and two dots, but because our eye is so attuned to finding humanity in everything, we can’t miss it.”

Apart from its form, what Gittit also wanted to focus on with the jewelry was a sense of floating and of easiness, “I come from the world of movement, so it’s really important to me to make pieces that sort of blend seamlessly with one’s life. I would never make the kind of jewelry that limits your movement or that you have to constantly adjust. And I try to consider all the angles – sometimes what the piece looks like to somebody gazing at you from afar is just as important as what it looks like in a selfie.” Before starting Knobbly Studio – with the name inspired by a knotted fabric Gittit used in the beginning – the now jewelry designer worked as a capoeira teacher, with both parents being mathematicians, and herself having no formal training in product design whatsoever. 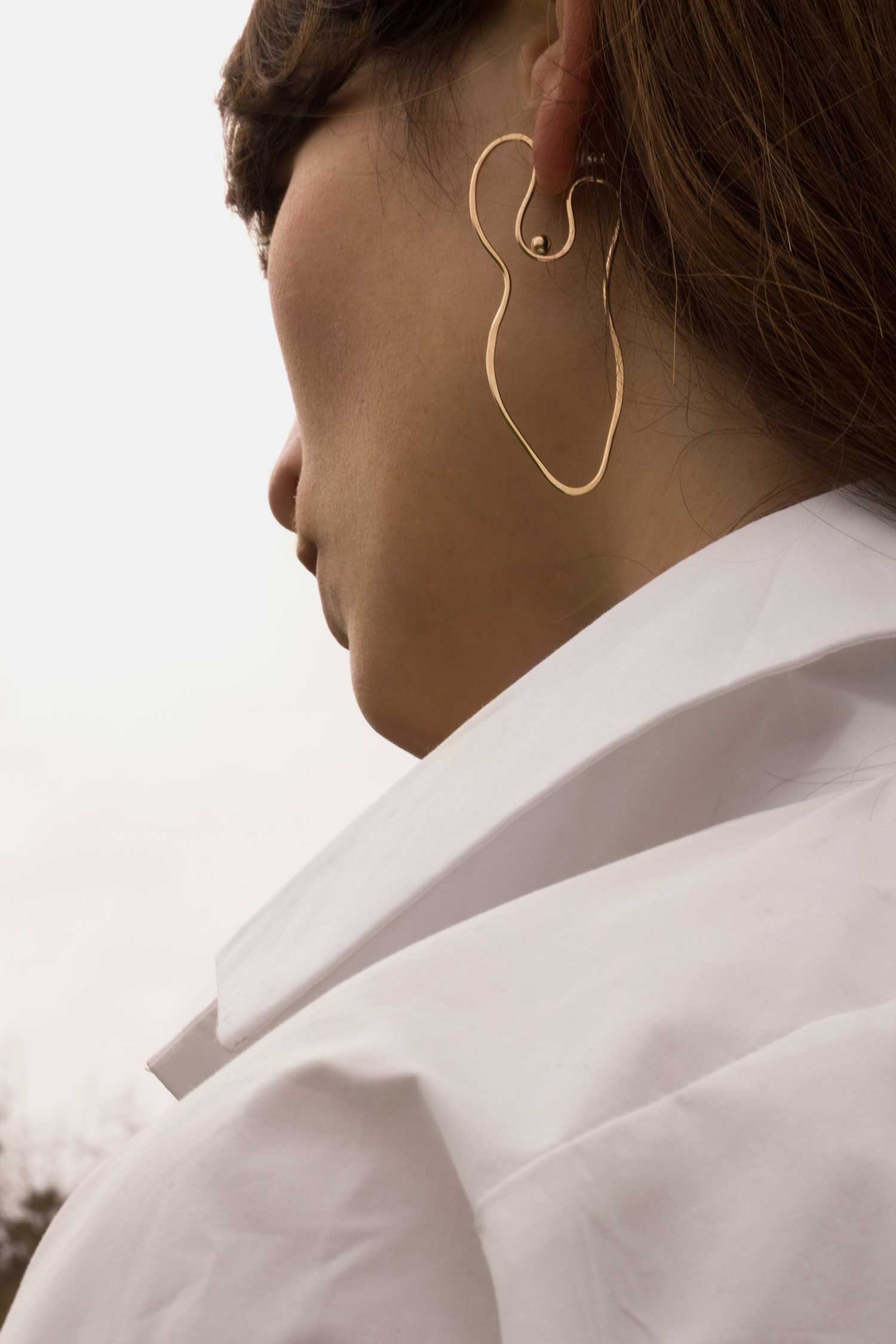 Starting Knobbly Studio was, much like working together with Laurie Franck and the delicate pieces themselves, a very natural process for Gittit, “I was just making accessories for myself, out of stuff I had around and using basic skills. The concept of ‘adding value’ was always on my mind – creating something where a space exists in the design world, objects that make people feel good about themselves but at the same time make them feel the most ‘themselves’.” Her core goal being the achievement of a kind of naturalness, lead by intuition and created by passion, Gittit lets the naked body be, without any connotations piled on it by mass media. “I think we’re growing into that realization and learning, collectively as a society, that the body doesn’t need to be sexualized by default. A body can be just a body, a shape, a vehicle.” Or a progressive template for jewelry.