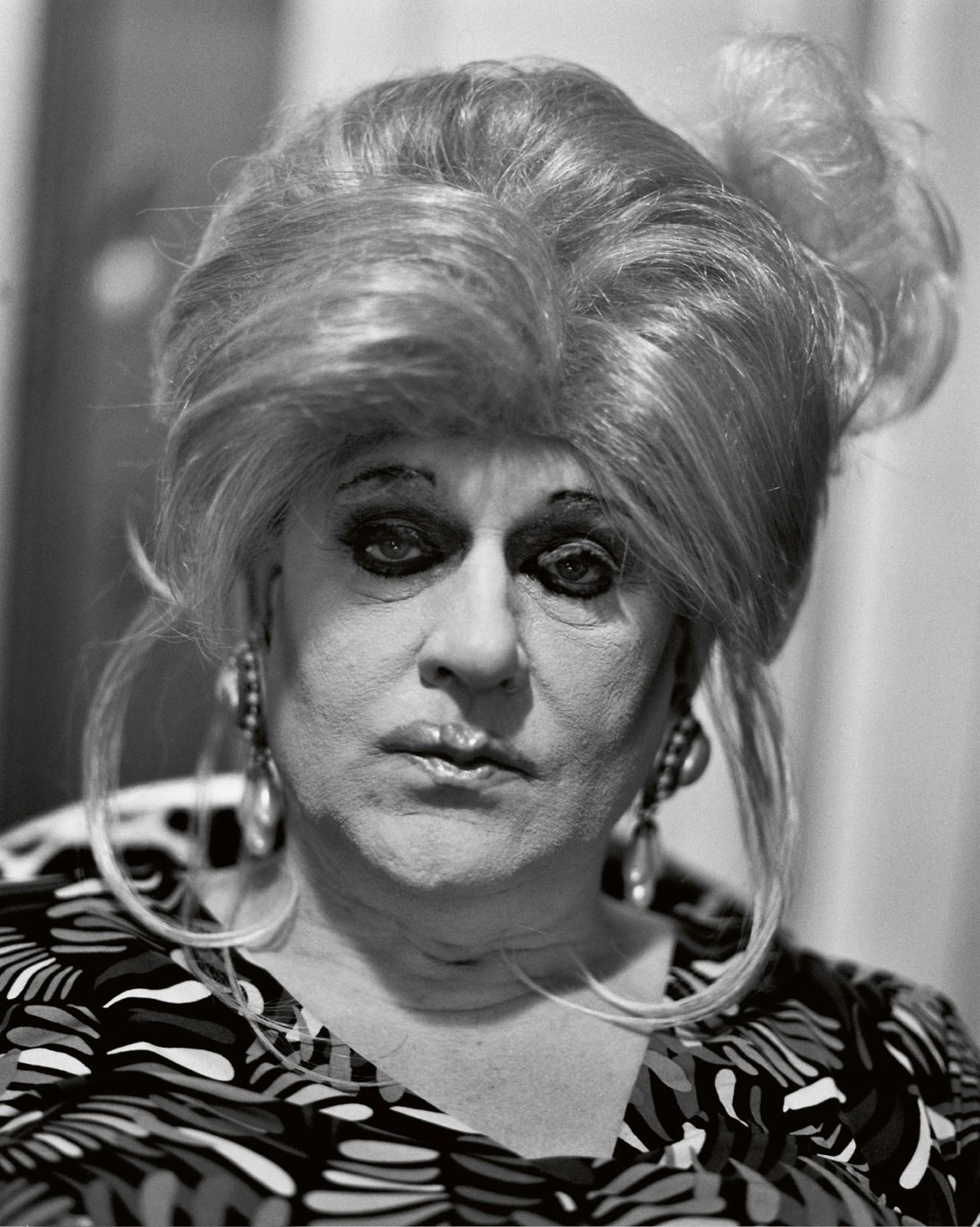 San Francisco based photographer and filmmaker James Hosking offers an intimate insight into the lives of the veteran drag queens that perform the late night show at Aunt Charlie’s Lounge.

This micro-club is buried in the heart of San Francisco’s Tenderloin, a downtown neighbourhood riddled with poverty and plagued by addiction. Inspired by Susan Meiselas’ gritty black-and-white photographic series “Carnival Stripper” set in the the tents and trailers home to a group of strippers in the 70s, and the elegance of Christer Strömholm “Les Amies De Place Blanche”, Hosking set out to capture the lives of Collette LeGrande, Donna Personna and Olivia Hart of Aunt Charlie’s.

His series follows the intensely personal routines and private rituals behind their weekly transformations, from meticulous preparation in the rent-controlled accommodation they call home, to their performance on stage at the pink-hued lounge. As a photographer, he has mastered the skill of interacting with his subjects whilst maintaining distance and minimising interference to produce an honest portrayal of visual rawness. This series offers insight into the physical transformation of drag that unfolds behind closed doors, inviting the viewer to engage with another person’s reality, likely to be very different to their own. He ascribes his decision to explore the aging process to his fascination with how aging interacts with self perception, asking the question:“Do we let advancing age undermine our self confidence or do we embrace it?”.

This series accompanies a larger body of work that seeks to traverse the under-explored communities of the globe and document idio-syncratic subcultures. Hosking uses photography to connect with other people’s experiences and offer insight into uniquely alternative perspec-tives. Photographing individuals in the environment in which they feel most comfortable enables him to confront issues of race, gender and class in ways that are accessible for all and sincerely authentic. He states: “My hope is that I can aid a wider understanding and acceptance of gender variance and aging.”

Hosking continues to explore the notion of identity and performance artistry in his work and is currently working on a series about Nob Hill Theatre, a sex club and strip show in San Francisco considered to be the final outpost of live male sex in the city which currently faces eviction. As gentrification ruthlessly spreads, drastically changing the fabric of the city and displacing original inhabitants, Hosking’s work has never been more important in immortalising the unique personalities and alternative institutions whose existence are under threat. 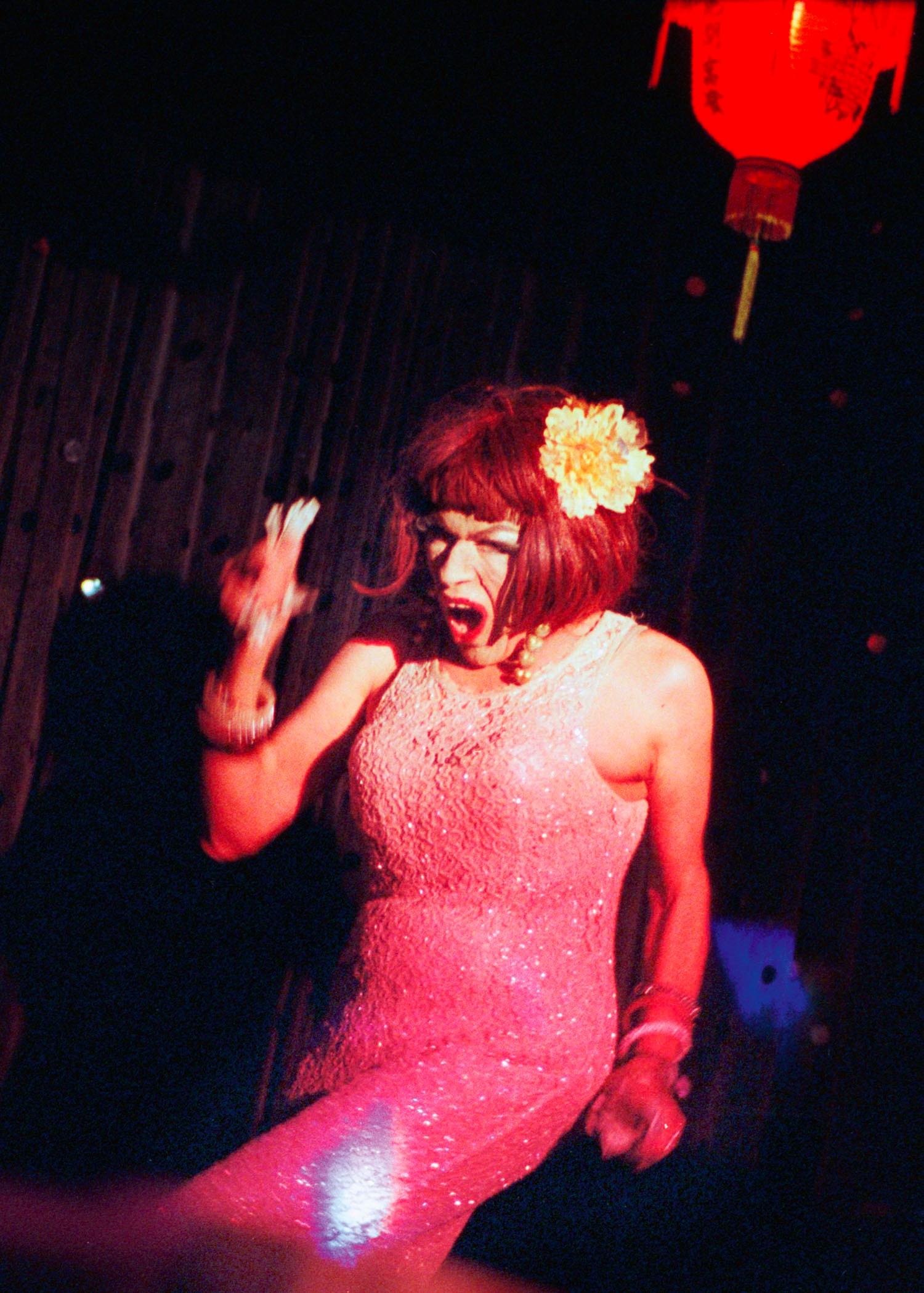 Donna has always been drawn to show business, perpetually in love with old movies, fantasising about leading a career in acting. Having always felt like a woman trapped in a male body, finding drag performance in 2003 provided an outlet for unsuppressed self-expression, a reincarnation of identity. Donna engages with her audience through a powerfully intimate song selection, using music to share her beliefs and convey the sentiments that inform her life, such as “Don’t Make Me Over” by Dionne Warwick. During Donna’s youth, drag performance existed on the margins of gay culture, but now, drag queens are leading social movements. Donna is committed to using her platform to further transgender rights and equality, showing society that drag queens are just ordinary people: they raise children, they go to church, they vote.

What does it mean to grow older as a drag performer? How does your profession influence your aging experience?
I started performing at the age of 59, it’s the best way to grow old. I have a lot of energy and performing keeps me vital and gives meaning to my life—I’m not just waiting around to die! My life serves a purpose and I’m showing the world what 71 years of age looks like. I love taking on new challenges, overcoming fear and succeeding. An effect of all this is to inspire others to chase their dreams. It’s never too late to achieve your dreams. I want to inspire young people, and urge them to recognise old people as vital human beings. Drag requires a dramatic physical trans-formation.

Can you describe the psycho-logical transformation that occurs when preparing to perform?
Throughout my life thus far I’ve just been myself. I am, and always was, effeminate; I have never tried to appear masculine. Some gays do their best to seem heterosexual in the hope that others would treat them better. When I began dressing as a woman, I was told I was “born to do it”. In most respects I’m more of a woman than a man. Performing in drag gives me the opportunity to show an audience that the roles of male/female can be intertwined. I show them that the persona of a woman is related to the ̔trap pings’ of a woman, make up, perfume, etc. I want an audience to understand that we have both in us and it’s all natural, when we accept this idea, men treat women better and vice versa.

What challenges have you faced in your life? Has your experience in drag helped you to overcome them?
Throughout my life I’ve been shamed, ridiculed, teased, bullied and mistreated because I’m a “sissy”. I was tormented on a daily basis. The message I got from the world was that everything about me was wrong and bad. Sixty years ago, I had not one ally, all the institutions mandated that I was sick, evil and rebellious. The medical, legal and religious sectors all told me that I should not exist. I was totally alone, I had no validation outside of my own home. Without my loving and supportive family, I might have committed suicide. Doing drag is self-affirming; it helped me feel comfortable in my own skin. I get to share my painful experiences with younger generations and remind them that perception is everything. I encourage them to accept themselves as they are and urge them not to rely on acceptance from others because they are beautiful, natural beings.I came to drag late in life, I started at the age of 59. Drag is the final barrier that I’m crashingt hrough, I’m attempting a self actualised life. Maybe I’ve saved the best for last.

Do you think drag is important for the promotion of LGBTQ rights?
Drag seems to be at the end of the spectrum of acceptance. When the world accepts drag queens and transgender people as normal individuals, the rest gets easier. 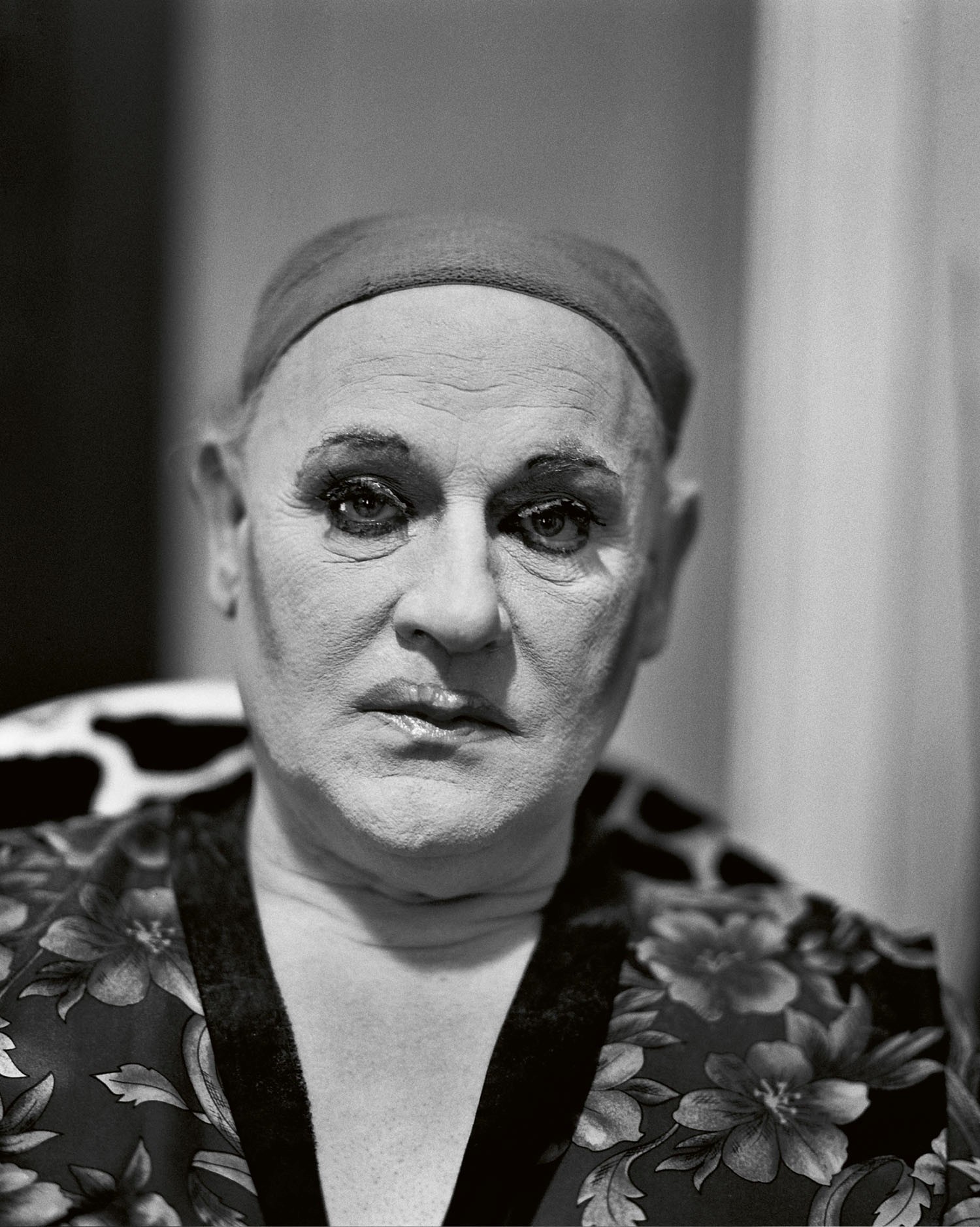 Born as “Robert”, 70-year-old Collette has been ebbing away from her male persona since childhood, naturally leaning towards her feminine tendencies and identifying as transgender. Despite her own experience with gender, Collette warns against the common misconception that all drag queens want to be female, recognising that many queens simply find excitement in the physical transformation. Having always indulged in dressing up, Collette has found strength in her life as an old-school drag performer, which has enabled her to come to terms with the multi-faceted nature of her persona, as both male and female. The increased presence of drag encourages greater understanding of the LGBTQ-movement, dissolving stigma and promoting equal rights in local communities and society at large.

What prompted you to get involved with the series?
James is a good friend and he asked me to do it. I was apprehensive at first but then decided to do it as it would be a good challenge for me being the age that I am.

Some drag queens perform in protest to heteronormative society or to educate and empower the gay community. What drives you to take to the stage?
I love performing but at close to 70 years old it takes a toll now, much more than before. The physical transformation is not as easy as it once was, but I can still manage pretty well. I will keep doing drag until I don’t enjoy it anymore. 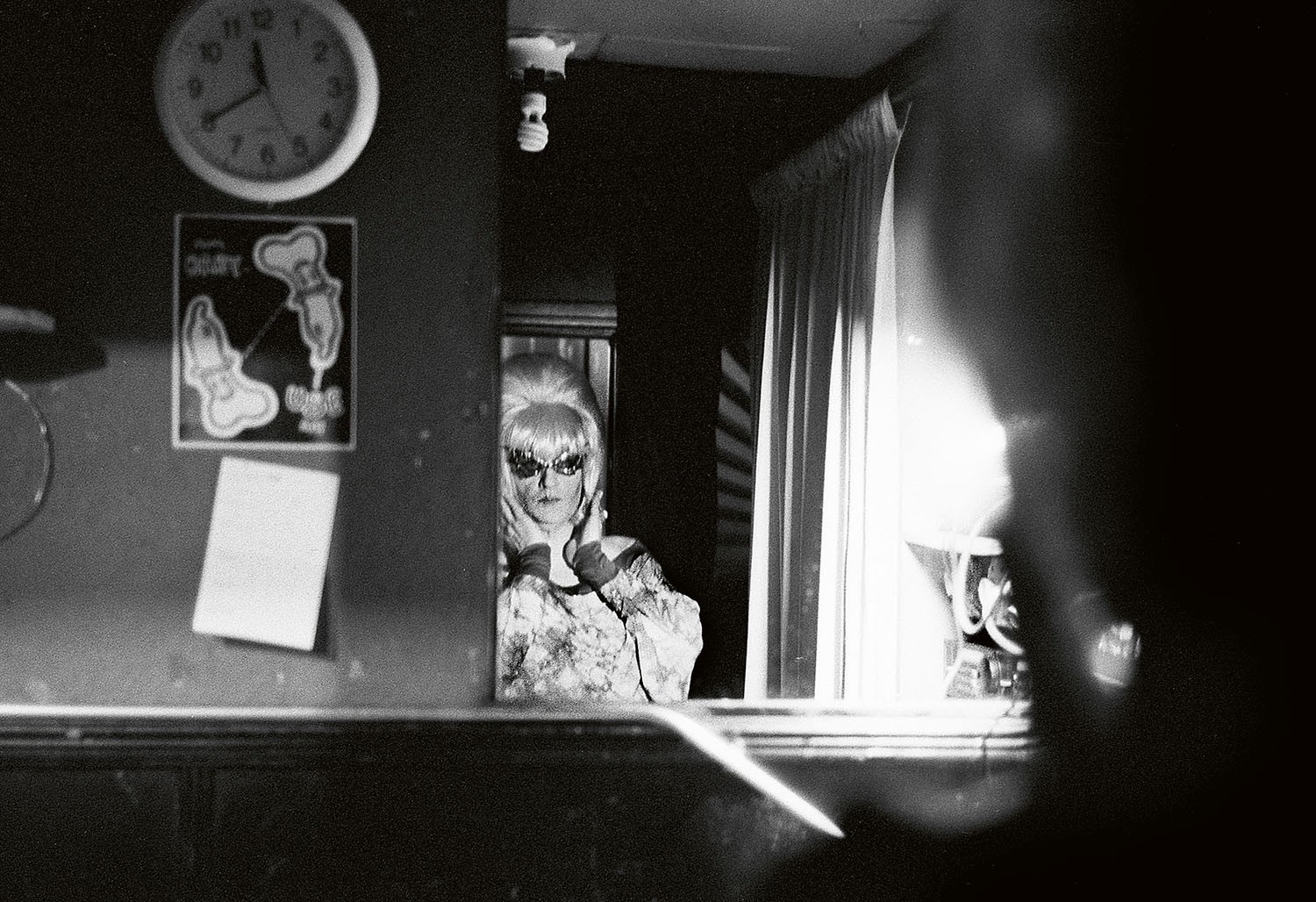 How does your female persona influence your male persona?
I eat, breathe, sleep with the Collette persona, my male side doesn’t really show up too much anymore. That’s sad to say but it’s the truth.

Having spent your life in the drag industry, how has the political landscape changed over the years? In what ways have these changes affected you?When I started out as a drag entertainer it was a subculture and was nowhere near as open as it is today. As years have gone by, the political climate has evolved and drag has become main-streamed, much more widely accepted in society. However, it has always been a major part of the LGBTQ community here in San Francisco. 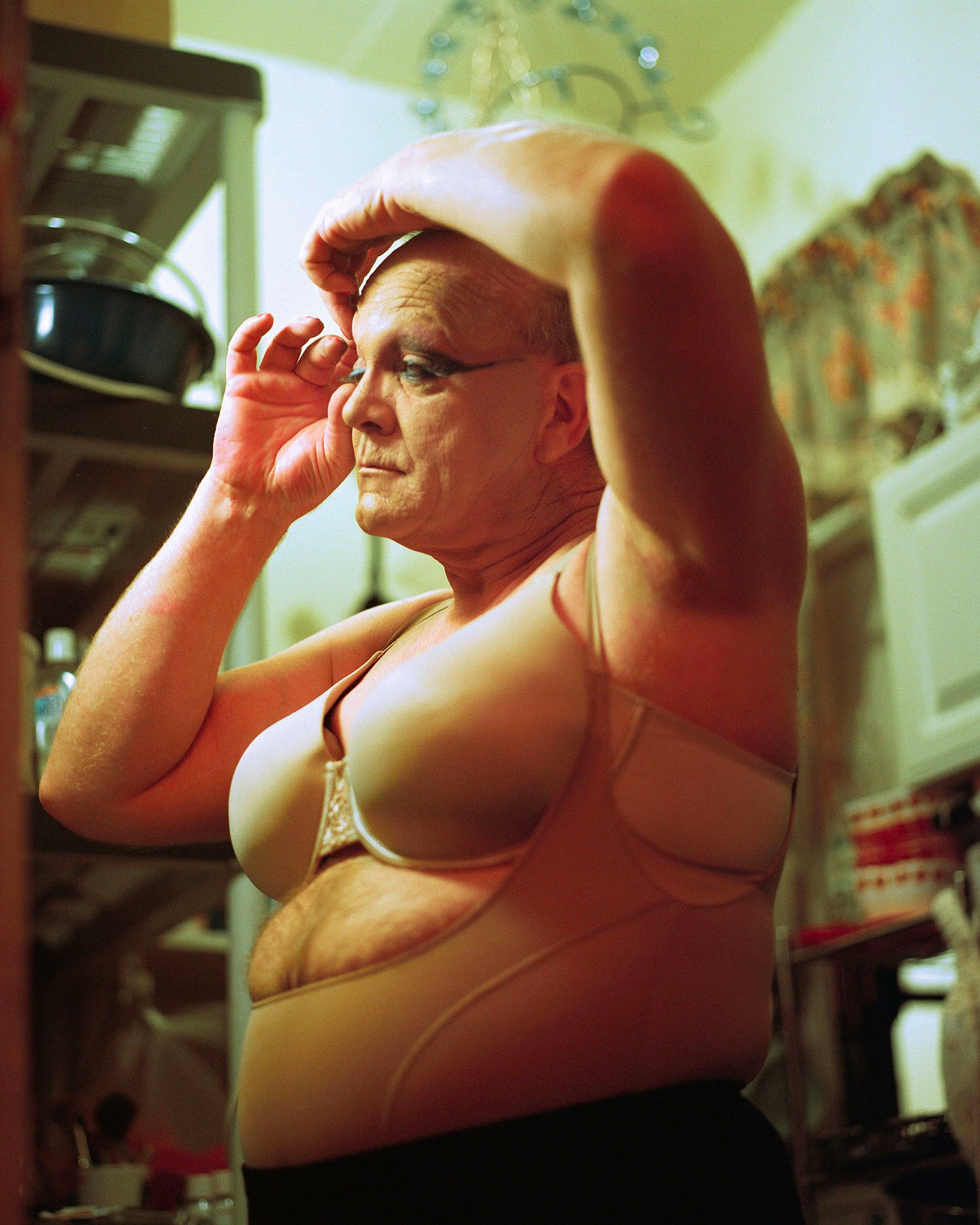 Watching Olivia perform, it’s hard to imagine her as her shy former-self, hiding in the corner of bars. Drag has empowered her to present her most authentic self to the world, protesting against a social structure that demands a man is a man and can never be a woman. Years of performing in drag has enriched her with confidence; her male persona would build walls and her female persona has helped to tear them down. Originally inspired by the allure of entertaining, Olivia is driven by giving back to the community through fundraising events and breaking down stigma one customer at a time to foster a collective community of acceptance that appreciates diversity.

What does it mean to grow older as a drag performer?
It means you must learn how to re-apply the make up to keep you looking younger. With age, the style of your persona evolves, I have concerns like never before such as worrying about falling off my heels and breaking a hip.Regardless of age, I am still here, still able to do what I like and have fun. Age sometimes conjures up feelings of isolation and loneliness, making you feel like you no longer fit in. Drag has given me the ability to stay active and keep my mind intact as I am constantly learning lyrics to new songs, perfecting dance moves and choreographing new shows. Pronouns can be a complicated concept for some.

Do you prefer to be referred to as your drag name or birth name? “He” or “she”?
When I am dressed as Olivia I would prefer to be called “she” rather than “he”. But I do understand others who may not be able to grasp the concept. My mother still calls me Frank. Even when I’m not in drag,a lot of my friends and followers still call me “she”. The only time it would upset me is if someone did it out of spite. But Olivia and Frank have become one.Drag requires a dramatic physical transformation. 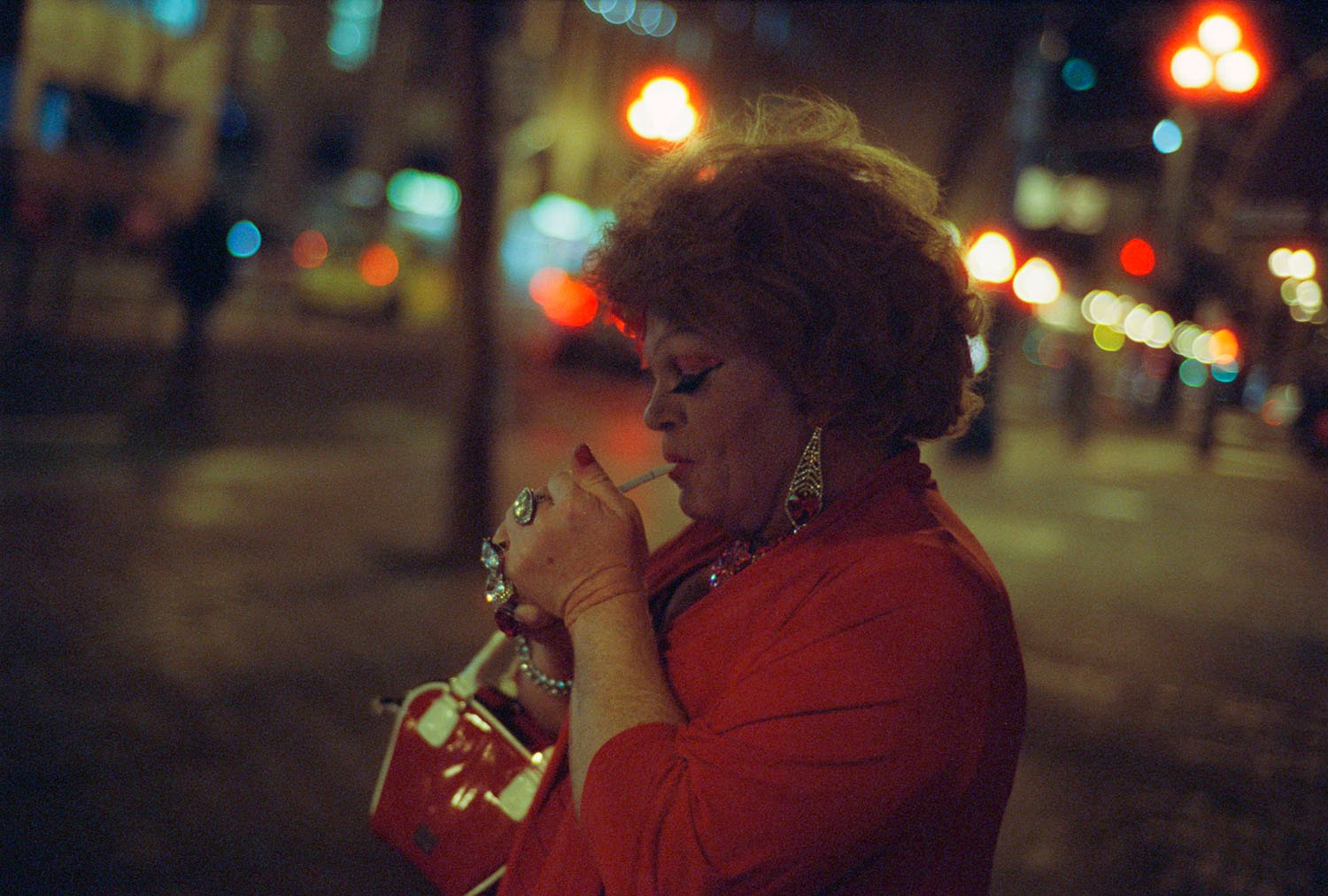 Having spent your lives in the drag industry, how has the political landscape changed over the years? In what ways have these changes affected you?
Drag was only performed at Halloween and was not allowed in public as late as the 1990s in some states of America. Drag queens have been afforded more equal rights by the government over the years. Now, one can feel secure to go out to a show.